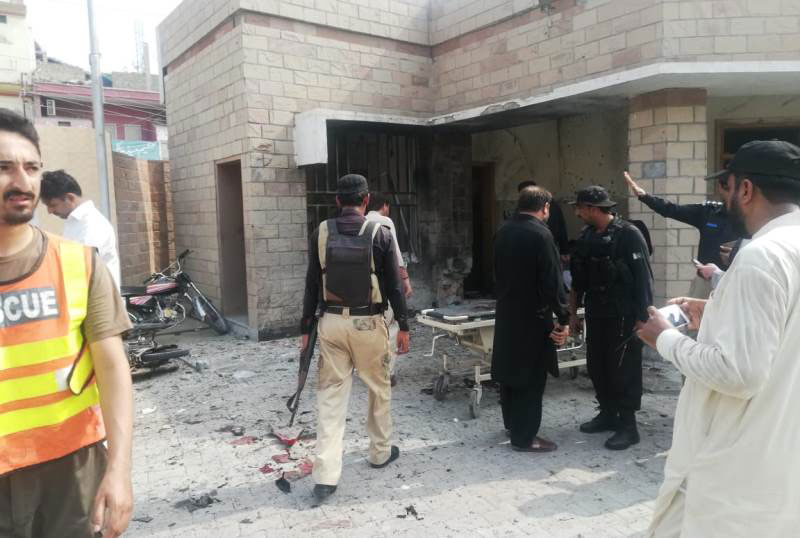 DI KHAN: In a suicide attack on District Headquarter Hospital and firing at a police checkpost on Sunday five people were martyred, including two policemen, and 10 wounded.

The first attack occurred at a police check post near Kotla Seedan. Two cops were killed in firing. The attackers managed to flee, according to the police.

When the policemen’s bodies were being taken to the DHQ Hospital, a blast occurred at the hospital’s gate. The police say it was a suicide bombing and the Bomb Disposal Squad has confirmed that the bomber was a woman in a niqab.

Six people were killed in the blast and at least 15 people were injured. These include hospital security staff, three civilians and policemen. The injured were taken to CMH DI Khan.

The policemen have been identified as Hidayat, Aslam, Khalil and Kashif.

The police and Frontier Constabulary have sealed the area.