Should I declare my donkey cart?

Being a taxpayer for more than 50 years, until two days back I did not care at all if the tax amnesty scheme was extended or not. I have not been able to accumulate much and I have lived a blameless life, never having indulged in any of those activities which are forbidden, and not even the one activity which is allowed and which some of my fellows have done (having secret wives about whom they tell their children only when they are on their deathbeds and know they do not have long to live).

As I said, I did not have a care in the world, unlike some people in the country who are dreadfully scared that they will be hauled in the very near future by the FBR for not having declared all their assets. Then I saw this donkey cart the other day on its way with many others to the shrine of a great saint in Clifton (you know the one I’m referring to, the great Abdullah Shah Ghazi, who has protected Karachi by diverting to India all those tsunamis, cyclones, storms and tidal waves for over 700 years). So, when I saw that donkey cart, my peace was shattered and I started having nightmares.

It goes back to about 35 years when I was the owner of a salt works where seawater was converted into salt by a process known to the ancients thousands of years ago. I was on my way home in a bus one evening when I saw a man who had been my employee but whom I had not seen for a couple of weeks. But first, let me explain how I came to be in that bus. 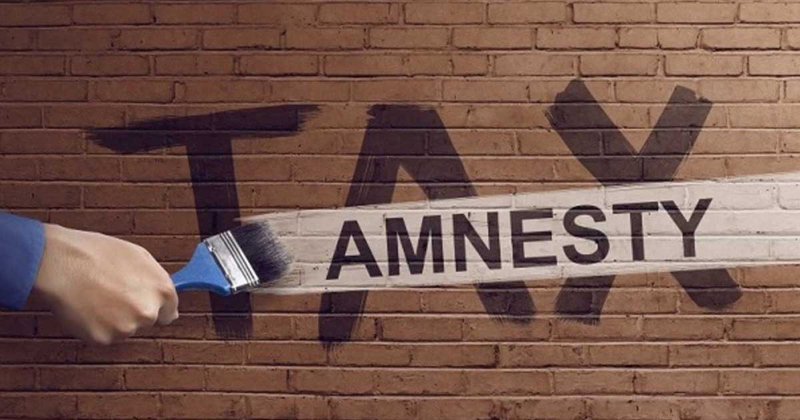 Old timers of Karachi may remember how it was in the 1980s when it was dangerous to drive into certain localities of the city (Lyari being one of them). If a man went there in his car, he took a great risk, as it was very likely that he would return without it; gangsters would also deprive him of his wallet and watch (cell phones would not be available until 10 years later). So I used to go to my factory on a bus which would go through Lyari, but this too was risky, as pickpockets took away my hard-earned cash a couple of times. So I used to conceal my money in my socks.

As I said, I saw this man and I asked him why he had been absent for so many days without telling me. He had a weird story to tell. It seems that he was already the father of seven children, all girls, and no boys. He had tried everything without success until one day his spiritual advisor at the local shrine told him to stay away from salt (which meant finding a new home as well, as the air near the sea also contains a lot of salt). This is why he shifted to Lyari and was now looking for a suitable job.

I cannot ask the income tax officer who has been closely examining my tax returns to see if I can be nailed on any charge. Besides this, he firmly believes that people like me should be tied to vehicles and dragged for a couple of miles before being hanged

We got to talking and he told me he would like to have a loan of Rs 5,000 to buy a donkey cart. He said I should not worry because he would get the donkey cart registered in my name. Apparently, the local government required details of all vehicles (including donkey carts) for registration. So I got off the bus with him and walked to Khadda Market (no, not the new one in DHA, this one used to be in the old city, where the unbearable stink from rotting fish was enough to cure those with serious sinus problems). I paid for the donkey cart and the seller recorded my name, phone number, address and the old national identity card number (issued in 1974, which is linked to the new CNIC number). I went away a happy man, knowing that I had helped a poor man in distress. He, of course, promised to return my loan as soon as possible, but I told him not to hurry (even though Rs 5,000 was a good amount; it could buy 500 kilos of beef). I have never seen him in all these years, and I forgot all about him until I saw these donkey carts the other day.

So, now I am likely to be in serious trouble. For all I know, that donkey cart owner may now be a very rich man (with many cars and a huge mansion) and if the tax hounds ask him for the money trail, he will say he got it from me way back in 1983. To prove it, he can take the tax guys to the place where he and I went to buy the cart, and there, in a corner among all that dust is a register with my name in it, and in a couple of days I will find myself hauled to the local FBR office to explain why I have not declared the cart among my assets all these years. And since a new donkey cart probably costs a hundred thousand today, I may have to pay five times that amount in penalties to escape being sentenced to a jail term.

Of course, I immediately called my tax advisor, explained the problem to him, but he cannot help me (at the moment he is spending 20 hours daily helping his billionaire clients declare all their illegally-earned assets). I cannot ask the income tax officer who has been closely examining my tax returns to see if I can be nailed on any charge. Besides this, he firmly believes that people like me should be tied to vehicles and dragged for a couple of miles before being hanged.

So, when I heard that the government is seriously considering the extension of the amnesty scheme, I was greatly relieved. At least this will give me some more time to try and locate the donkey cart owner and beg him not to mention my name anywhere in his tax statements. In the meantime, I’ll also ask all tax experts I know whether I should declare that donkey cart among my assets in the amnesty. And I won’t be able to sleep until this issue is resolved.

The writer is an engineer, a former visiting lecturer at NED Engineering College, an industrialist, and has been associated with the petroleum, chemical industries for many years.