‘Opportunity of the century’ is ticket to Palestinian state

Given US President Donald Trump’s track record of trashing political orthodoxy, it does not surprise that his administration’s masterplan to resolve the protracted and bloody Israeli-Palestinian conflict is, putting it mildly, ‘unique’.

Three years into his presidency, Trump tasked his son-in-law and senior White House adviser Jared Kushner with concocting a novel way to break the deadlock and that he unquestionably did.

In late June, before an audience of regional stakeholders and captains of industry in Bahrain’s capital city Manama, Kushner unveiled a highly ambitious economic plan to put the peace process back on track.

He christened it “Peace to Prosperity”, a $50 billion blueprint of sweeping infrastructural projects in Israel, Palestine and neighboring economies.

The White House is hyping it as the “opportunity of the century” toward stabilizing a region that erupts in armed conflict at the drop of a hat. There is apparently an equally compelling political component to the plan that Kushner promises to reveal in the coming months. 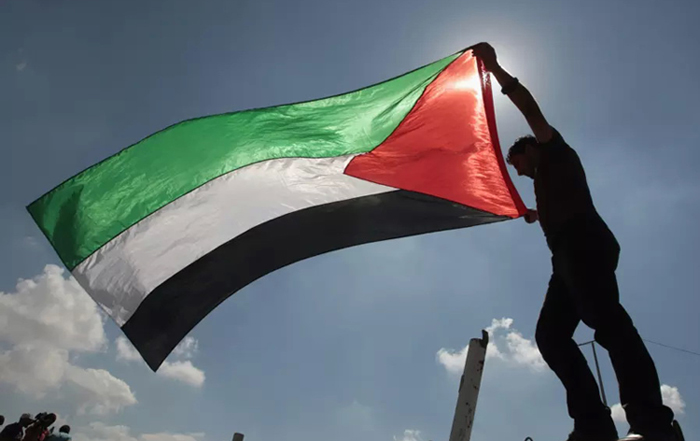 While the meeting attracted international donor heavyweights and tycoons from the Arab kingdoms, conspicuous by their absence were representatives of the two parties at the heart of the issue. It was akin to a wedding reception without the bride and groom.

The Palestinian Authority has been largely dismissive of the initiative once it was publicized, knocking it as the “economic cart before the political horse.” It further claimed the inexplicably close ties between Trump and Israeli Prime Minister Benjamin Netanyahu, partly to please the former’s white evangelical vote bank at home, had poisoned the peace process.

Trump has undeniably violated multiple UN conventions by recognizing united Jerusalem as Israel’s capital, gifting Israelis the Golan Heights and turning a blind eye to expand illegal settlements in the West Bank. Does anyone still think he cares about Palestinian interests?

And as Israel knows all too well from the days following the Balfour Declaration of 1917, fat wallets have a way of making things happen no matter the obstacles as money invariably buys political influence

Yet to suggest Israelis are dancing in the streets after poring through Kushner’s plan is a misnomer. Think about it, the hawks in the Israeli government have the Palestinians exactly where they want them: little money, even less infrastructure, a vastly inferior capacity for sustained combat, indifference from fellow Arabs, and most significantly a “leader of the free world” who has on face value dispensed with his country’s long-held principled stand on the issue.

The last thing they want is greater mobility and money for the so-called “terrorists” in Gaza and those on Iran’s payroll sworn to destroy the Jewish state. And as Israel knows all too well from the days following the Balfour Declaration of 1917, fat wallets have a way of making things happen no matter the obstacles as money invariably buys political influence.

Nevertheless, the ‘Peace to Prosperity’ plan is hardly reinventing the wheel. The key to Kushner’s grand scheme is what you call a “composite dialogue” that comprises “baskets” of issues that overlap to some degree but are largely isolated in their problem-solving approach. It is, in essence, the ibuprofen of international relations.

They have in the past proved useful when tackling the intractable by redirecting the time and energy wasted in trying to bulldoze a visibly insurmountable wall to chipping it away piece by piece.

While the political toxicity of the Israeli-Palestinian conflict grows every passing year, history offers us many analogs. The origins of the European Union, for example, can be found in post-World War II leaders racking their brains to figure out some way to ensure lasting peace in the snake-and-mongoose rivalry between France and Germany.

Both parties had been at each other’s throats for centuries, a long-drawn and most bloody saga that peaked with the two great wars of the early 20th century. After 1945, the European brain trusts weary and battered by war concluded the only way to prevent future carnage was so deeply interlinking the continental economies that mutually assured destruction would follow should France or Germany spawn another Napoleon or Hitler.

Washington itself may have awakened to the realization that continued poverty and hopelessness in the Middle East from war plays right into the anti-West narrative of Ayatollah Iran and its armed proxies.

With no viable option to defeat Iran and Russia’s growing military footprint in the region as a counterweight, there is new recognition that only a comprehensive socioeconomic facelift can stop the successive waves of “intifada” that perpetually threaten American interests in the region.

Trump and Kushner will thus hope a new two-pronged approach to resolving the conflict accomplishes the following:

First, highlight to the larger Palestinian diaspora and liberal Israelis that their leadership may be clinging to antagonism out of personal interest and a peace treaty that does not bring glory to them is off the table.

Next, that economic connectivity and better standards of living will over time lower the animosity between ordinary Arabs and Jews and as a result diminish the appeal of regional anti-West militias like Hamas, Hezbollah and indeed Al-Qaeda.

Finally, that Palestinians will come to begrudgingly admit that their options are thin and the Arab neighbors who had repeatedly urged them to confront Israel, and indeed sabotaged early 20th-century British plans to an equitable land settlement, have plainly switched camps.

They should, in fact, mull this reality: the entire reason Trump can today strong-arm the world on trade without regard for friend or foe is America’s economic preeminence. Likewise, Palestinian political demands built on economic stability will carry greater weight during future negotiations with Israel, not least because of mutual business interests.

The bottom-line is Palestinians should seriously consider a composite dialogue with Israel that does not predicate the latter’s retreat to pre-1967 borders. It need not be Kushner’s plan, yet it is painfully obvious that one-track thinking has only had them running around in circles.

The writer is an Islamabad-based freelance journalist