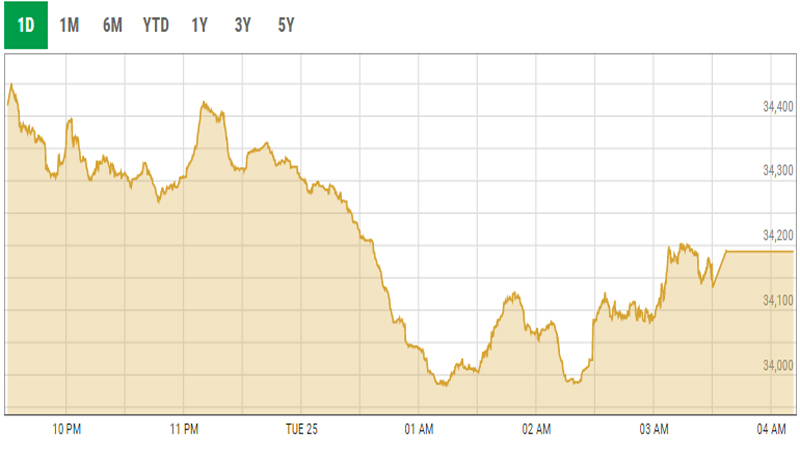 Pakistan equities closed Tuesday on a bearish note with benchmark KSE-100 Index nose-diving 281 points, closing at 34,190 levels, down 0.8 percent. An equity analyst at Next Research said the stock market continued to fall, taking inspiration from Monday’s close amid bleak economic outlook and the absence of any positive triggers.

Negative sentiments were also fueled by the statement of the outgoing FATF president Marshall Billingslea that Pakistan has failed to implement the action plan and there is a possibility of it being placed in the FATF Black List in October 2019.

Furthermore, Cement sector where LUCK (-1.8%), DGKC (-1.0%) and MLCF (-1.3%) closed in negative territory adding to the woes of the market however in the later hours of the trading session reports came in that cement prices have been increased by PKR 15-20/bag in the North.

Maaz Mulla, an equity analyst, expects market to remain volatile on the economic and political front.