*People like her [Firdous] should be sent to correctional facilities, said Rana Sanaullah 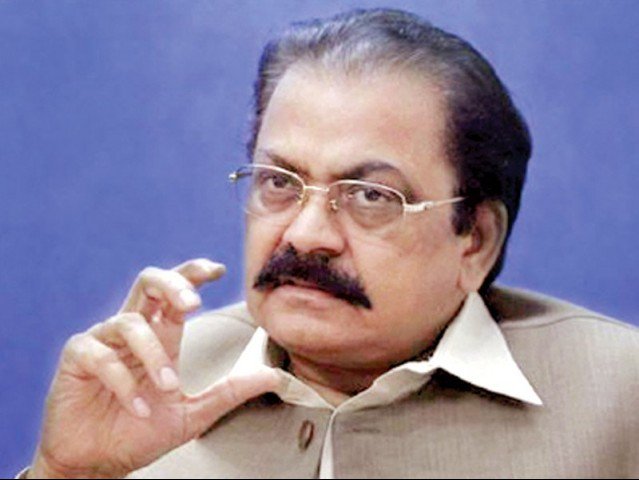 LAHORE: Pakistan Muslim League-Nawaz (PML-N) leader Rana Sanaullah said on Saturday his party would not allow the Punjab government to pass the ‘anti-poor’ budget. He stated this while taking jibes at Special Assistant to the PM Firdous Ashiq Awan: “She [Firdous] can put the entire opposition in prison if she wants to but we won’t let the government pass the budget.”

The PML-N leader demanded that she should inform the nation about the billions in loans taken by the present government within 10 months of its tenure and where it had spent all that money. “The people demand the government to be held accountable,” he maintained. Rana Sanaullah also accused Firdous of corruption during her tenure as a minister in a previous government. “She faces charges of corruption in buses and medicines cases but has prevented further inquiry into the matters using her influence as PM’s special assistant,” he claimed.

In 2014, the National Accountability Bureau (NAB) authorised an inquiry against Firdous for allegedly deploying 12 government buses for her private use and making illegal appointments in the Drug Regulatory Authority of Pakistan when she was the federal information minister.

“People like her [Firdous] should be sent to correctional facilities instead of being appointed to such important posts,” the PML-N leader said. Earlier this month, the special assistant’s legal team served Rs2 billion defamation notice on Rana Sanaullah for issuing “false, malicious and defamatory statements” against her.

The PML-N has submitted a resolution to the Punjab Assembly secretariat against the provincial budget. In the resolution, it has been stated that the budget would only add to the woes of the poor. “Those who claim of establishing the state of Madina have presented the worst budget in the history of Punjab,” reads the resolution submitted by PML-N MPA Uzma Bukhari.  “The so-called government has not even allocated funds for a single mega project in Lahore. There is nothing in the budget except loads of taxes for the working class.”

The Pakistan Tehreek-e-Insaf (PTI)-led Punjab government presented the provincial budget for the fiscal year of 2019-20 on Friday in the Punjab Assembly with a total outlay of more than Rs 2.3 trillion. Punjab Assembly Speaker Chaudhry Pervaiz Elahi adjourned the session to meet again on Monday.