Travelling back in time to Virginia 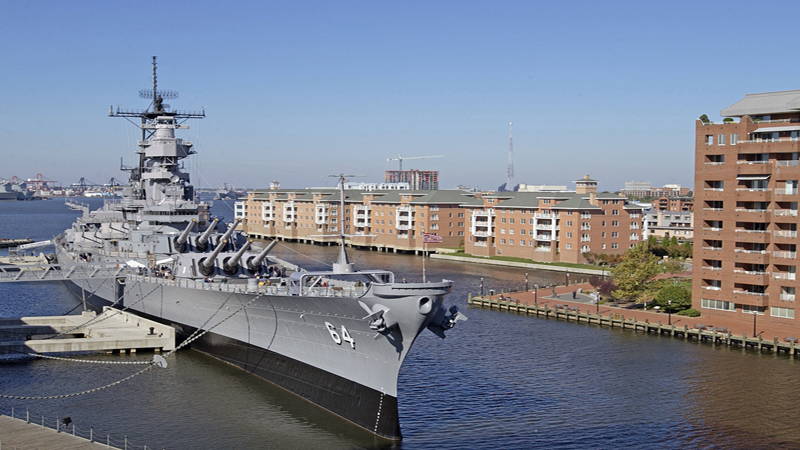 Colonial Williamsburg is a quaint little town in southeastern Virginia, one of many that dot the East Coast. But what makes it a must-see destination is that history was made there. It would only be a modest exaggeration to say the US achieved its independence from Great Britain at the Battle of Yorktown that was fought in the vicinity of Williamsburg in October 1781.

There is a popular misconception that the US gained its independence on the 4th of July, 1776. That’s the date when the Declaration of Independence was signed in Philadelphia, 285 miles away. Some would argue that the American Revolution began in 1775 when the first shots were fired at Lexington, Massachusetts. Other might argue that it began in Richmond, Virginia when Patrick Henry thundered, “Give me liberty or give me death.” Several battles would follow in what came to be known as the Revolutionary War, culminating in the Battle of Yorktown.

Thus it was that one day in the early 1980s I found myself standing on hallowed ground in colonial Williamsburg. I had attended a conference and befriended a participant who was a history buff. He took me on a tour of the town. From where we stood we could see the fortifications dating back two centuries. The landscape was dotted with wooden fences, cannons, tents, trenches and stakes to prevent the adversary from invading. The timber palisades, earthworks, redoubts and batteries hearkened back to another era. The modern signage was good. When I began traversing the walkways that crisscrossed the battlefield, I felt like I was travelling through time. At some point, I had arrived at that juncture in history when Generals Washington and Cornwallis faced each other in an epic battle. The setting was pastoral, calm and serene, punctuated only by the sight and sounds of the waters of York River. The setting belied the fact that upon a fateful date in history the green landscape had turned red. That thought sent shivers down my spine, endowing the scene with pathos and depth.

Nearby was the Moore House where the terms of surrender were dictated by the Americans and French to the Redcoats. The air must have been pregnant with emotion.

The culmination of the long-fought battle took place on the 19th of October, 1781. Earl Charles Cornwallis, Lieutenant General of the British Army, surrendered to American Continental Army troops led by General George Washington and French Army troops led by Comte de Rochambeau. That ignominious defeat forced the once invincible British Empire to negotiate an end to the conflict. Anxious to not be personally humiliated, Cornwallis feigned illness and missed the show. More than 7,000 of his soldiers were taken prisoner by the rag tag army of patriots. This led to serious negotiations between the US and the British Empire, resulting in the Treaty of Paris on September 3, 1783 through which the US was granted its long-sought independence. Washington would go on to become the first American president and serve for two terms from 1789 to 1797. He refused to run for a third, thereby creating the precedent for the two term limit. After stepping down, he returned to his plantation home at Mt Vernon and lived the remaining years of his life of a farmer which was both is avocation and his profession.

Cornwallis was not held as prisoner for very long. In a prisoner swap, he was returned to Great Britain. In 1786 he was knighted and appointed Governor General of India. He governed for eight years and enacted many reforms including those of land taxation. He also fought the Third Anglo-Mysore War in which Tipu Sultan was defeated and killed. Later he returned to Britain and was appointed Commander-in-Chief for Ireland. In that role, he was instrumental in creating the union of Ireland and Great Britain. After that, he returned to India but died soon thereafter. The house in which Cornwallis lived as Governor General of India was far more spacious and grand than the modest Governor’s Palace in Williamsburg, home to the Royal Governors of the Colony of Virginia. It would later serve as the residence of two American governors, Patrick Henry and Thomas Jefferson. The Governor’s Palace is open to tours. On a second visit to Williamsburg, I got a change to check it out. I was dumbstruck by the edifice. It was beautifully architected and the inside was very nicely laid out but that did little to overcome the impression of smallness. So I decided to step outside and do The Royal Walk through town. It was as English as one could get. Williamsburg is also the site of the College of William and Mary. It was founded in 1693 on orders of King William III and Queen Mary II. It is America’s second oldest institution of higher learning, after Harvard. 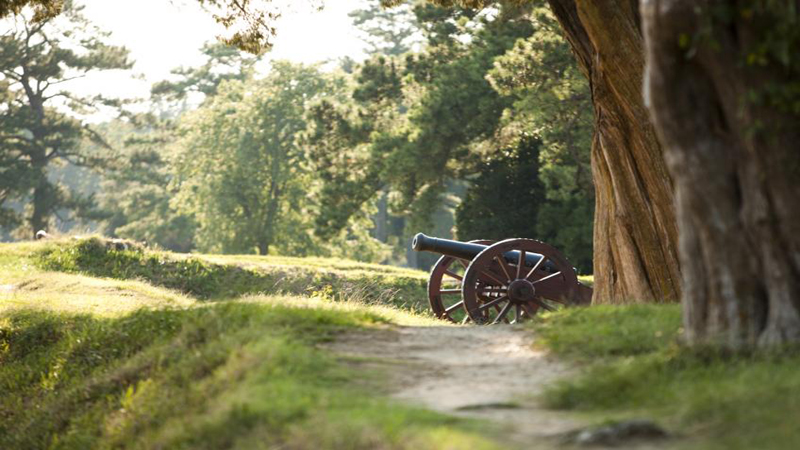 Many years passed. I returned to Williamsburg to speak at a conference which was being held at the Law School. Curious if the College was named after William the Conqueror, I checked with a British colleague of mine, an Oxon. He told me that William the Conqueror was not King William III. For further details, he referred to me to a book, “1066 and all that,” which details the Norman Conquest that gave William his place in history. So I went on a detour and read it. It was irreverent history at its finest.

The state of Virginia is a must-see location for history buffs. Some 50 miles northwest of Williamsburg lies the town of Richmond, the state capital. Of America’s famous cities, it’s one of the oldest. The city is also home to a museum which was once the White House of the Confederacy. Jefferson Davis, the president of the Confederacy, lived there. Drive another 95 miles to the west from Richmond and you reach the Courthouse at Appomattox where the Confederate General Robert E. Lee surrendered the Army of Northern Virginia to General William Grant of the Union Army, officially ending the American Civil War on April 9, 1865.

And 50 miles to the southeast of Williamsburg lies the seaport of Norfolk, a major naval base with a storied past. It is home to Nauticus, a maritime museum. Visitors get to see the USS Wisconsin, a major World War II battleship. All in all, a trip to Colonial Williamsburg is a fascinating journey through time. History lurks at every corner. The people are friendly. And you get to sample one of many cuisines. There is never a dull moment.