The World No Tobacco Day is observed on May 31. It has been a practice since 1988 when the 42nd World Health Assembly passed a resolution asking national governments to control the ‘tobacco epidemic’ by discouraging both consumption and production of tobacco. There are mind-boggling statistics that the World Health Organisation has projected about the health hazards of tobacco consumption. It kills half of its users, seven million each year. One million more die because they are exposed to second-hand smoking. 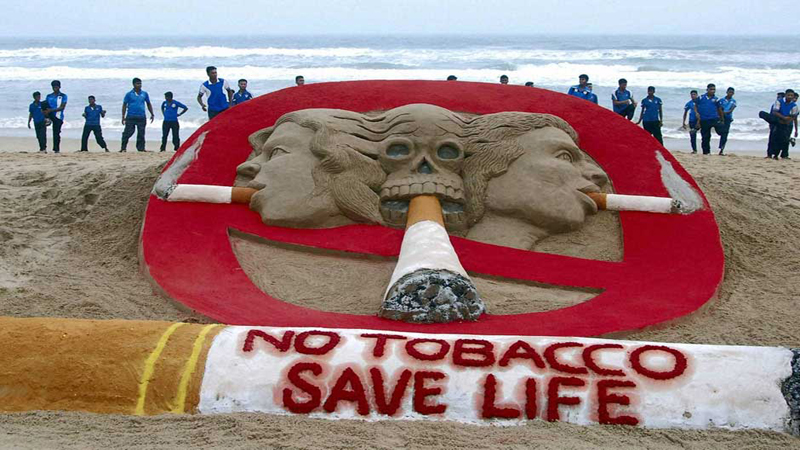 The burden of tobacco consumption is heaviest for the low and middle-income countries, where 80 per cent of the 1.1 billion smokers are suffering from cardiovascular and respiratory problems. Smoking has a proven record of being one of the leading causes of death, and a burden on healthcare in developing countries.

The most vulnerable section of society is children who fall victim to second-hand smoking. Poverty may also lead some of them to employment in tobacco farming, handling wet tobacco leaves and becoming vulnerable to green tobacco sickness.

A great emphasis in anti-tobacco campaigns has been rightly placed on preventing young people from becoming smokers. They must not have access to cigarettes, and advertisements by tobacco companies should not focus them. Moreover, cigarette packs should be costly, and beyond the purchasing power of the average youth.

There is no doubt that the tobacco epidemic is widespread and must be contained. There is nothing wrong if the government charges tobacco consumers more to raise funds for awareness about hazards of smoking, help cultivators to turn to alternate crops, or to cover costs of smoking-cessation services. Pakistan is among the countries that have taken certain steps in pursuance of the goals set by WHO vis-à-vis containing and controlling the tobacco epidemic. In pursuance of the WHO recommendations, government has mandated a health warning and certain pictorials on cigarette packs. There is also a substantial increase in prices of tobacco products.

There are no reliable statistics available to show whether the measures Pakistan has taken in connection with discouraging smoking, particularly among youth, are working or not. What we know is that the government has found a new avenue to mint money from an inelastic-demand product at a time it is under immense pressure from international financial institutions to improve its revenues to overcome the huge fiscal deficit.

We know that two multinational cigarette-manufacturing companies contribute almost 98 per cent of revenues from the tobacco sector, but control only 67 per cent of the market. The other manufacturers with 33 per cent share of the market have a two per cent contribution to the tax. Either the local manufacturers are concealing their sales or are selling their brands below the prices mandated by the government, a fact recently confirmed by an international audit firm, Nielsen, which provides sales data on various products, including cigarettes, to its clients of varied interests.

The problem with inelastic demand products like cigarettes is that high taxation makes the market vulnerable to illicit trade in those products, which attract consumers to low prices but without any specified standards. Absence of monitoring and control mechanisms may bring unwanted consequences for the health of smokers, particularly from the lower strata of the population.

It is estimated that one in every 10 cigarettes and tobacco products consumed globally is illicit. Given the high level of profitability, illicit trade in tobacco products rests on the shoulders of criminal gangs and networks involved in arms and human trafficking. Consequently, weak governments often find themselves in a dilemma; while inelastic demand products are a sure and easy source to shore up revenues, this can’t be done without undermining prospects of peace and stability.

Being a signatory to the Framework Convention on Tobacco Control Pakistan is in the practice of gradually pushing up cigarette prices so as to make them less accessible to children as well as the general public. The government has mandated a minimum price per pack of Rs 47.49, but local brands are available at lower prices. The law regarding cigarette sales is also openly flouted, even in urban areas.

More dangerous is the flouting of the rule regarding advertisement of tobacco products targeting youth. Law imposes restrictions on the use of celebrity, sports, human element and animal silhouettes on cigarette packs as well as advertising of tobacco products. Those failing to follow these regulations would not be allowed to sell their brands. But we see everywhere brands offering free gifts, cash back rewards, free sampling, cash offers, and use of human or animal pictures to attract consumers.

We don’t lack in policies or rules. What is missing is the will and capacity of the relevant institutions to implement them. By increasing taxes but not showing interest in curbing illicit trade of tobacco products we will end up discouraging lawful businesses, and patronizing criminals.

Pakistan can’t benefit from its high taxation and other policy measures concerning tobacco control unless and until it tightens curbs on tax evasion. Strictly implementing the advertisement policy concerning sales of cigarettes is necessary to keep the youth away from smoking. Enforcement of strong measures to control illicit trade will ensure the effectiveness of significantly increased tobacco taxes and prices in combating the tobacco epidemic and its health and economic consequences.

The writer is a free lancer