The heiress apparent to the throne of Bhopal, Abida Sultan, wore her hair short, played the saxophone, had her own band, sped around in a Daimler and when her husband announced that he will assume custody of their son, threatened to kill him with the pistol she kept in her pocket.

All the while, she remained pious and committed to Islam.

Abida Sultan’s autobiography, Memoirs of a Rebel Princess, was unabashed and far from removed from the stereotypical picture of an oppressed Muslim woman. In the book, she wrote frankly about her conjugal life and her inability to be the good, dutiful wife. But could one expect any less from the child of a feminist royal lineage?

This matrilineal reign, which began in 1819, lasted more than a hundred years, with the lone interruption in 1926, when Sultan Jahan Begum abdicated in favour of Nawab Hamidullah Khan. Hamidullah Khan’s daughter Abida Sultan was to succeed to the throne, but when she chose to leave for Pakistan after the Partition of India, her younger sister Sajida became the Begum of Bhopal.

Unlike the Queen-Regent of Travancore, whose brief radical rule ran only till her son came of age, these women ruled for unexpectedly long periods, facilitated by the absence or death of male contenders to the throne, and through sheer grit. A photograph taken in 1872 of Nawab Shah Jahan Begum, Abida Begum’s great-grandmother, shows a booted woman staring straight at the camera, much in the manner of a Vogue cover shoot. The Begums of Bhopal practised feminism much before it gained prominence. They were interesting, headstrong and opinionated, but their wars weren’t fought on the battlefield.

Archival records are filled with the Begums exhibiting their commitment to Islam: donating money to build a mosque in Basra, Iraq, funding the Muslim University at Aligarh, and opening a school for girls in Delhi in the early 1920s. At the time, it was unusual to have a ruler devote time and money to women’s education – even a progressive thinker like Syed Ahmad Khan was focused on Muslim men getting Western education – but to do so outside their state was truly remarkable. So much so that when Lord Edwin Montagu, the British Secretary of State for India, met Begum Sultan Jahan in 1917, he noted in his diary that she was “frightfully keen on education, and jabbered about nothing else”.

Abida Sultan’s autobiography Memoirs of a Rebel Princess, was unabashed and far from removed from the stereotypical picture of an oppressed Muslim woman. In the book, she wrote frankly about her conjugal life and her inability to be the good, dutiful wife. But could one expect any less from the child of a feminist royal lineage?

Women and their assumption of political power have always been sidelined in Islamic history, though there is reason to believe that Aisha, the Prophet’s wife, had a role to play in the establishment of the first Islamic state. Razia Sultana’s brief reign as the Sultanah of Delhi in the 1200s and her killing demonstrated the near impossibility and legitimacy of a Muslim women ruler.

Nothing changed over the centuries. Though it was a young woman, Queen Victoria, who reigned over the hundreds of Indian monarchs at the start of the Paramountcy, assuring them gently of their territorial sovereignty, this mattered little in India. Indian monarchies have been patrilineal and patriarchal, guarding the male and natural right to ascend the throne.

Against this background, to have four Muslim women successively rule a state is unprecedented in world history. But what makes it all the more remarkable is that these women administered a state dominated by feudal warlords accustomed to male privilege over the throne.

The modern city of Bhopal was founded in the early 18th century by Dost Mohammad Khan, an Orakzai Pathan from Afghanistan, and it soon became the second-most important Muslim princely state after Hyderabad. Its geographical location – in Central India – was vital for the suppression of the 1858 War of Independence.

In North India, there were several Muslim princely states – such as Bahawalpur, Mahmudabad, Tonk, Pataudi and Rampur – which were supported by the British under the Paramountcy. Under this policy, while nearly 500 princely states were autonomous and maintained internal sovereignty, their foreign policy and right to wage wars was controlled by the British.

The reign of the Begums began in Bhopal in 1819, when the ruling Nawab, Mohammad Khan, died without an heir and the British decided to crown his young wife Qudsia till her daughter Sikandar came of age. Sikandar Begum’s husband too died in 1844, and she proved to be a competent ruler and a worthy ally to the British, playing a vital role in the First War of Independence in 1857-1858. This compelled the British to make a provision that the Begum was a sovereign in her own right. Three years later, in 1861, she was invested with the Exalted Order of the Star of India, making her, at the time, the only female knight in the British Empire besides Queen Victoria. She was succeeded by her daughter Shah Jahan Begum and then by Sultan Jahan Begum.

Sultan Jahan Begum went on to have a 25-year-long reign, marked by a commitment to progress, education and women’s health reforms. She was the last Begum of Bhopal as the heiress apparent, Abida Sultan, abdicated the throne in 1948.

The first and foremost among them, Qudsia Begum, set the template of the ideal ruler. Spartan, and shunning jewellery, she refused to take loans and made sure that any money spent would be solely for education and philanthropy. As the British agent Lancelot Wilkinson in Bhopal noted: “She rides and walks about in public, and betrays her determination to maintain herself in power by learning the use of the spear and other manly accomplishments. At times she became quite frantic; and as one of the soldiers observed, more terrible to approach than a tigress.”

This “magical island”, as at least one commentator called it, was as rare as it was difficult to create. Like all figures of power, the Begums too attracted people who wanted to manipulate them – and in their case, this meant both the British and the ruling clan.

Qudsia Begum and her daughter, early inheritors of an uneasy throne, responded to the tugs and pulls by quickly learning traditional masculine skills like fencing and hunting. Shah Jahan Begum embraced the Purdah, asserting notions of orthodox Islamic femininity. She withdrew from public life into strict seclusion and refused to meet the British Viceroy in 1875. Her daughter would later recount in her autobiography that “even as a young girl, she preferred to meet with other girls of her age to discuss ‘a thousand little points of household duties and of domestic management than to perform outdoor activities’.” None of this though got in the way of being a good ruler and she proved that a veiled woman could rule as competently as anybody else.

The Begums carefully navigated the multiple demands of power by ingeniously playing around with tradition and modernity. They would sometimes opt to let go of the burkha and at times wear it to demonstrate a different modernity. In their writings, the Begums constantly acknowledged their mothers and grandmothers, paying obeisance to the strong women who shaped their lives and characters.

Their commitment to austerity and Islam set them apart from the wasted royal lives that were given to overindulgence and dissipation. They constantly drew upon the Quran and respected Islamic scholars, reinforcing the idea that Islam speaks of equity between the sexes. Their spartan lives struck Mahatma Gandhi too, when he visited the state in the late 1920s, on invitation. He was suspicious that the Begum’s cotton clothes and thin mattress had been “put on as a show”, until his travelling companion Sarojini Naidu assured him otherwise.

The Begums of Bhopal, who styled themselves as “Nawab Begums”, were radical and unconventional. Nonetheless, with consummate ease and success, they proved they were no less. Keeping in line with the Islamic tradition of maintaining a diary, like the founder of their state used to, the Begums invested much energy in maintaining records – of the state and of themselves.

Shah Jahan Begum, the third in the line, established a History Office, along with a system for retrieving and maintaining records of important characters in her family. Abida Sultan’s son, Shahryar Khan, a former career diplomat in Pakistan, has carried on this family tradition by writing an authoritative account of the dynasty, The Begums of Bhopal.

Like a host of other wealthy Muslim ashraf women, the Begums travelled to Europe and to West Asia as part of the obligatory hajj. And despite the seriousness of the occasion, they never failed to display flashes of their chutzpah. There are anecdotes of Sikandar Begum not disembarking from the ship to Europe without her bottles of pickle. And upon reaching London, she mistakenly wore a dressing gown to meet King George V and Queen Mary, a realisation made only owing to the headlines in the newspapers the next morning.

Many princesses have ascended to power in democratic India by contesting and winning parliamentary elections. The Begums of Bhopal, however, are remarkable for sustaining a determined succession of women monarchs, despite hostility to their gender ruling – the very first Begum, Qudsia, had declared that her infant daughter would succeed after her. Despite the religious and political odds against them, their reign was marked by benevolence and modernity, a radical openness to change, like women’s education and medicine, while maintaining a steadfast commitment to the tenets of Islam. The Begums are icons for women, Muslim or otherwise. 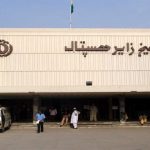 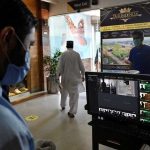