Neutrality in a potential Saudi-Iran conflict

Last Tuesday, the environment in the Middle East became quite tense. Saudi Arabia reported that it had intercepted a rocket fired by Yemen’s Houthi rebels at Riyadh. No casualties were reported. However, Saudi Arabia stated that the attack amounted to an act of war by Iran. 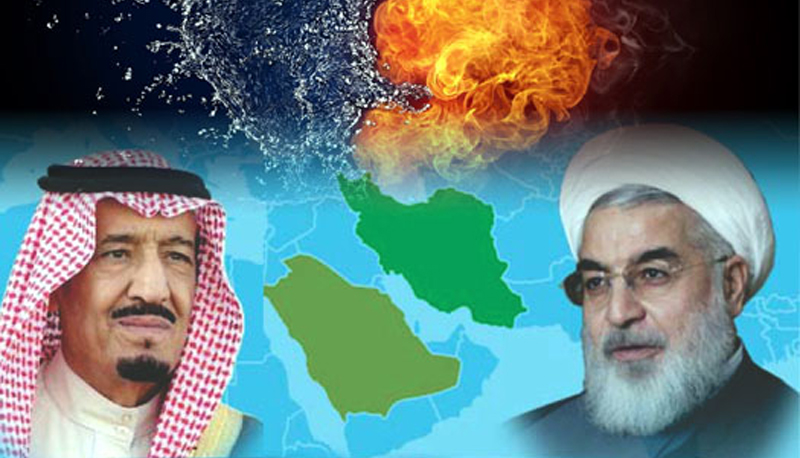 Saudi Arabia claims that Iran is providing the Houthi warriors with weapons. US envoy to the United Nations, Nikki Haley, supported the claim in a searing news conference last week. Tehran denies providing the Houthis with weapons. But Iran has more than once upbraided a Saudi-led military fusion that has carried out air strikes in Yemen for more than three years since a government Saudi Arabia counted as an ally was toppled.

Even amidst rising tensions between the two rivals, the recent rocket attack will most likely not result in a coordinated strife. But it will undoubtedly be a determining factor in their foreign policy postures. Globally, it will force states having diplomatic relations with both to act cautiously. The conflict may not lead to a war but may necessitate serious diplomacy, especially by countries like Pakistan with stakes in both countries.

Pakistan has strived to maintain cordial relations with both its fellow Muslim countries treating them more or less at par. It is indeed high time that it took a clear foreign policy posture. Which posture would fit Pakistan the best – one of neutrality and military non-intervention; or of diplomacy to openly support one side; or keeping its good offices open for a friendly negotiation between both the states?

Iran has had a complex love-hate relationship with Pakistan. Pakistan and Saudi Arabia have had comparatively better relations

Historically, the Saudi posture towards Pakistan has been much more cordial as compared to that of Iran.

Iran has had a complex love-hate relationship with Pakistan. It was the first country to recognise Pakistan after independence. However, it has never out-and-out supported Pakistan on any international issue. In some matters, it gives more importance to India, which has been hostile to Pakistan. Last month following a devastating flood Iran could not import relief goods for its affected population due to US-imposed sanctions. Pakistan was quick to assist Iran, its own poor economic situation notwithstanding. Yet, Iran has had its differences with Pakistan.

Pakistan and Saudi Arabia have had comparatively better relations. Most recently Crown Prince Muhammad bin Salman visited Pakistan in February and announced an investment package. Iran voiced reservations about this as well, and openly chided Pakistan for its ties with Saudi Arabia. In the past Iran has threatened Pakistan with military action.

Nevertheless, Pakistan cannot openly support one side against the other for several reasons. First, Pakistan has a significant Shia population. Their religious affiliation with Iran makes it hard for Pakistan to act against it.

Third, Pakistan’s foreign policy posture towards Muslim countries, since its inception, has been of pursuing cordial relations. Differentiation at this point is unwise.

Therefore, the best posture for Pakistan in the current conflict in the Middle East is that of great care. It should avoid giving any statements or taking any action in support of one against the other. A policy of neutrality, good wishes for both and diplomatic efforts to restore normalcy is the recipe for Pakistan.