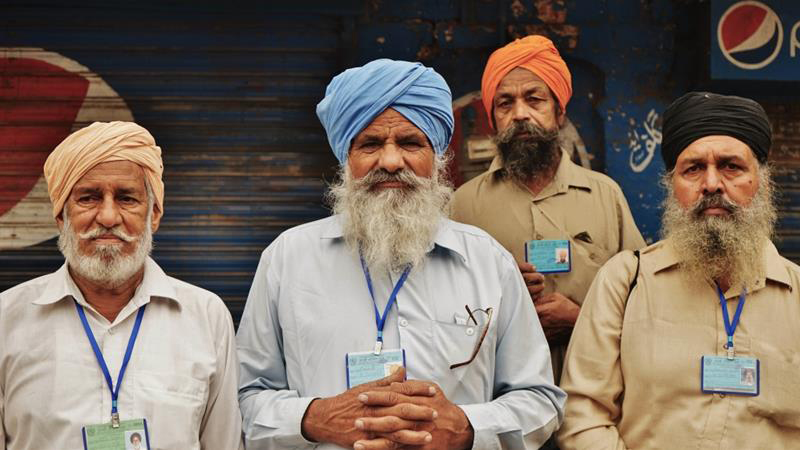 Sindh’s Sikh community, on Saturday evening, sought representation in the assemblies while demanding land for the construction of a large Gurdwara in a posh area of Karachi, including Defence, Clifton and Sadder Cantonment, from Pakistan Peoples Party (PPP).

They presented these demands to Sindh minister for minority affairs, Hari Ram Kishori Lal when he attended a 60 KV generator installation ceremony in Guru Nanak Darbar in the premises of Swami Narain Temple as the chief guest.

The generator was funded by Sindh minority affairs department.

Talking to media sources, Lal added that properties belonging to the minorities communities had been occupied whilst large buildings had been constructed on the sites of worship of Hindus, Sikh, Parsi and other non-Muslim.

He said that these properties had been placed under the control of Evacuee Trust Board, which had completely failed to manage the sites properly. Resultly, these were in a dilapidated condition, the minister asserted.

He maintained that despite starting the renovation of Sadh Bello Sukkur ten years earlier, the Sindh government was still unable to complete the project due to hurdles created by the Board.

Lal was of the view that the Board was a provincial subject now but the federal government was still reluctant to hand over its control to provinces. The Sindh government had repeatedly reminded the federal to transfer powers through different forums, he claimed.

The Sindh government was said to have decided to set up Sindh Evacuee Trust Board, whose draft had already been approved by the Sindh cabinet. This would be presented in the provincial assembly for the final nod very soon, after which Sindh government would take over all evacuee properties across Sindh, Lal maintained.

The minister had added that Sindh was the only province in Pakistan with a minority affairs department. He appreciated Shaheed Muhtarama Benazir’s farsighted vision for feeling the urgency of a separate body to focus on the welfare and protection of minorities in 1993.

Lal continued that PPP chairman Bilawal Bhutto Zardari was forwarding the legacy of his mother by taking a keen interest in the issues of minorities.

He said that following the directives of Sindh Chief Minister Syed Murad Ali Shah, a competent team had been selected at the minorities affairs department, which included Secretary Imtiaz Ali Shah; Director Mushataq Soomro and Exen Susheel Kumar, to transform the department on modern lines.

Provincial minister regarded calling Hindus, Sikhs, Parsis and Christians minorities as unfair because these communities were residing in this part of the world for centuries and enjoying equal citizens rights as guaranteed in our constitution.

He added that PPP believed them to be non-Muslim communities of this country. Lal also announced the provision of an ambulance and a bus for Guru Nanak Darbar Karachi in the next financial year.

He also assured the Sikh community of every possible support for the construction of Gurdwara in a posh locality of Karachi.

He added that no other party in the country had matched footsteps of PPP when it came to minorities.

They were sons of the soil and continued to serve Sindh and Pakistan, Lal noted.