Conceptualising cooperatives as a challenge to capitalist thinking

As capitalism lurches from crisis to crisis, and a world beyond capitalism becomes a possibility contemplated by increasing numbers of people, finding a path forward becomes an ever more urgent task. That path is likely to contain a multitude of possibilities and experiments, not all of which will prove viable. Psychological barriers will surely be a major inhibition to overcome; possibly the biggest roadblock given the still ubiquitous idea of “there is no alternative” that has survived despite growing despair at the mounting inequality and precarious futures offered by capitalism. In short, a viable alternative to the capitalist structure of enterprises and society is urgently necessary.

Cooperatives represent a “counter-narrative” to the idea, inculcated in us from our youngest ages, that a small group of bosses are naturally entitled to exert leadership and thus are the only people with the capabilities of running an enterprise, argues Peter Ranis in his latest book, Cooperatives Confront Capitalism: Challenging the Neoliberal Economy. Putting to use his considerable knowledge of Argentine and Cuban cooperatives, and combining that with a challenging argument about the possibilities of worker cooperatives in the center of world capitalism, the United States, Professor Ranis argues that the cooperative form can indeed posit a challenge to capitalist hegemony.

In his opening chapter, in answering his own question “Why worker cooperatives?,” in the context of working people building a Gramscian “counter-hegemony,” he writes: “This requires a working class movement that moves beyond wages, hours and working conditions and into the realm of owning and maintaining production that leads to controlling local economies that demonstrate working-class capacity for impacting on societal economies and, by extension, politics and the concomitant public policy. Cooperatives would, indeed, be the key ingredient to a proletarian hegemonic outcome. … What worker cooperatives provide is a counter-narrative to the one that assumes that only owners and managers can provide leadership and function effectively in the world of production.”

It is indisputably true that counterposing living examples of working people’s successful self-management is a prerequisite to breaking down current capitalist cultural hegemony. But, in contrast to more traditional ideas that state ownership should be the alternative, Professor Ranis argues that it is the cooperative form, because workers there assume all management functions, that can build an alternative. His argument, however, is not pollyannaish by any means – cooperatives face serious challenges at the hands of capitalist governments not to mention the direct hostility of capitalists themselves.

No easy path for Argentine cooperatives: For all the success of Argentina’s cooperatives in providing a better standard of living and vastly superior working conditions to their members, the road has been a hard one – and those cooperatives still constitute a minuscule portion of the Argentine economy. Moreover, not all those in Argentina who formed cooperatives necessarily wished to do so – converting the recovered factories into state-owned enterprises with worker control was often the original goal and in some cases that is still the hoped-for outcome. (Although at the moment, given the harsh neoliberal policies of the new government of Mauricio Macri, that is off the table for now.)

Cooperatives Confront Capitalism does not hold back from discussing the difficulties. These cooperatives formed when the former capitalist owners decided to close down production and/or had not paid the workers for long periods, sometimes months. Forced to take matters into their own hands, workers occupied their workplaces and physically defended themselves, with the help of the surrounding communities. Argentine law was not on their side – bankruptcy codes heavily favor creditors, assets are quickly sold and judges have too much arbitrary power. Nor is there a national law facilitating this process; a patchwork of provincial and municipal laws, with varying terms, prevail. New coops face difficulty obtaining loans and credit, and are often forced to pay for supplies in cash.

The route to survival for coops has been involvement with local communities, making donations, becoming involved in others’ struggles and fostering the idea that cooperatives can’t survive on their own but must be part of a struggle for socialism. Leaders are rotated, positions of day-to-day management have set terms and all major strategic decisions are made collectively in meetings of all members. Coop salaries are higher than salaries in capitalist enterprises and working conditions are far safer. This sense of solidarity is a principal – Professor Ranis quotes a leader at the FaSinPat ceramics plant (the former Zánon factory) in this way: “When we have to support another struggle, we stop production because it is a social investment, a sowing that we reap in the future.” Thus struggle does not stop at the factory gates. Professor Ranis elaborates: “The Zánon workers see their factory as being at the service of the community and not the market, and that attitude has been translated into countless acts of solidarity, for which they have been compensated by the community in five attempts by the provincial police to take over the factory. … They argue that an effective state must take responsibility for creating jobs while allowing workers to control production and extend its surplus to the whole community.”

An easier path in Cuba?

Cooperatives have become a steadily growing experiment in Cuba. There, cooperatives have a firmer footing because they are being formed with government support. This, however, is mostly a top-down process, with most coops being formed at government insistence by converting state-owned enterprises. Cooperatives Confront Capitalism does not shy away from critiques of this process, noting the top-down decision-making, that although there is considerable input from below it remain consultative, and that bureaucratic barriers impede the formation of coops created from scratch.

The self-employed sector remains larger than the cooperative sector, and most Cuban workers continue to work in the state sector as the coops are concentrated in services. Professor Ranis also points out that inequality is returning to Cuba. Only some have relatives elsewhere who can send home remittances, and the re-sale of goods bought in the U.S. is highly profitable, and thus another source of inequality. The author argues that a movement from below is necessary to re-establish egalitarianism, especially as ration books are likely to be phased out for all but the poorest.

Nonetheless, he argues Cuban coops are a positive step forward and have a much better chance at success than do coops in Argentina or the United States. They are one of the best ways to democratize and de-centralize Cuban society, and also provides a path for fallow agricultural land to be put back into productive use. Neither private capital nor the state sector can meet workers’ needs; a worker-centered approach can defend against capitalist and state socialist forms, he writes.

Professor Ranis, in the middle of the book, makes a case for a great increase in the use of the cooperative form in the United States, where coops remain rare. Although most readers will likely find at least some of his prescriptions controversial, he does make them effectively. Arguing that capital that relocates should pay penalties for a “broken contract” with the local community, he calls for the use of eminent domain to block such moves. In what could be seen as a partial misstep, he argues that the controversial U.S. Supreme Court decision Kelo v. New London provides a legal precedent that can be used for worker and community benefit.

The argument for using eminent domain to take over enterprises that would otherwise be moved by their capitalist owners certainly is intriguing, and merits the exploration that Cooperatives Confront Capitalism provides. But an expansion of the Kelo decision runs the risk of becoming pyrrhic. The Supreme Court found constitutionally legal a plan by the city of New London, Connecticut, to tear down a neighborhood to build a speculative complex intended to attract shoppers and tourists; a move that backfired when the pharmaceutical company Pfizer did not in fact expand there but instead moved from the area.

The creative use of eminent domain in the US: Thus eminent domain risks being a tool for corporate plunder rather than the hoped-for tool to save jobs. Professor Ranis argues that the Kelo decision provides a legal cover for the taking of property for “the public good,” but doesn’t mention that the judge who wrote the decision, John Paul Stevens, was clearly uncomfortable and took the unusual step of advising state governments in how to circumvent the ruling. On the other hand, that such a decision went against the personal preferences of the ruling judges does admittedly boost the author’s argument that Kelo provides a possible route to expropriating runaway capitalists. In this reading, Kelo provides the legal basis for a government to take over an enterprise that would otherwise be moved and turn it into a cooperative, and should even become the “default option” to combat a closure.

Notwithstanding issues we might have with specific examples, the author does advance his case well: “We need to use eminent domain for development purposes much as we use the legislative rights to tax and spend, zone for economic purposes, and regulate for consumer and environmental protections. … When workers occupy factories and enterprises they are not really taking something. They are trying to keep something that is already theirs, through their work, through their production of important goods and services, through allowing capital to be invested, and supplying the community with their taxes, their consumption expenditures and their everyday involvement in the civic life of their community.” 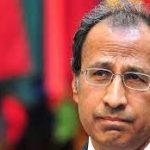