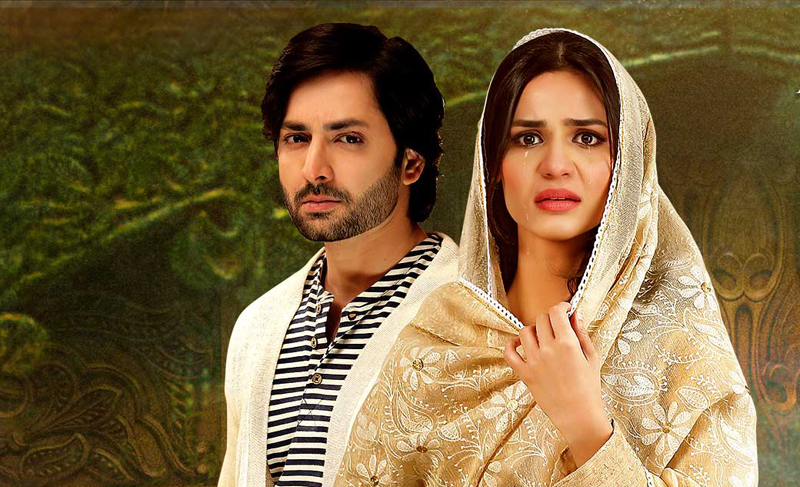 While various social issues are usually highlighted in the dramas made in our television industry, storylines related to religion and belief system are often left out due to a risk of them being controversial.

However, one particular drama that is being aired currently has tackled this very gracefully. Written by Jahanzeb Qamar and directed by Asad Jabbal, ‘Mera Rab Waris’ is one such storyline that revolves around faith and spirituality coupled with love. It has been produced by the brilliant duo of Abdullah Kadwani and Asad Qureshi under the banner of 7th Sky Entertainment and is aired every week. The stellar cast of the drama includes Madiha Imam, Danish Taimur, Mirza Zain Baig, Abid Ali and Seemi Pasha. Although there are many social aspects highlighted in the drama, the main focus is on one man’s spiritual journey to reconnect with his God.

While talking about Ayesha, it is important to discuss the characters played by her male co-stars. At this point in the story, Haris has begun his spiritual journey after being inspired by his wife. Danish Taimur portrays Haris’s curiosity and confusion about his religion in a very realistic manner

While Madiha Imam plays the character of Ayesha, who is extremely religious and wears a hijab, Danish Taimur’s character on the other hand, plays a spoilt, rich brat, Haris. Despite their contradictory personalities, fate brings them together and they end up getting married. The character of Ayesha is written to create awareness on what reality holds and end the social stigma attached with people close to religion in our society. Although she strictly follows the rules of Islam, she is in no way ignorant or oblivious to the necessary worldly ways. Madiha Imam’s portrayal of Ayesha is not only brilliant in regards of her acting, but it shows an extremely essential character for recent times. In true words, Ayesha is a confident, educated and strong individual. In our society, the representation of religious and hijabi women is close to non-existent. Mostly, women who observe hijab are looked down upon, and in that respect, ‘Mera Rab Waris’ is a vital drama to change this point of view. 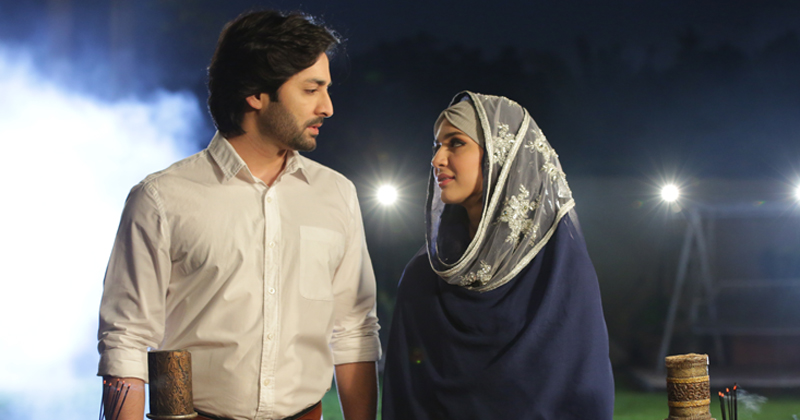 While talking about Ayesha, it is important to discuss the characters played by her male co-stars. At this point in the story, Haris has begun his spiritual journey after being inspired by his wife. Danish Taimur portrays Haris’s curiosity and confusion about his religion in a very realistic manner. Most of us struggle with finding the balance where we can follow our religion while keeping our worldly duties intact. Similarly, Haris finds it difficult to bring these two worlds together and Danish Taimur is able to display his confusion, scepticism and uncertainty with great finesse. His masterful acting skills makes it quite relatable for the viewers.

On another front, Mirza Zain Baig plays Faizi, a completely different character from Haris. Faiziis not only madly in love with Ayesha, but holds her in such respect that he is unable to confess his love to her. Faizi is far from being a straightforward character and Mirza Zain Baig’s expertise and prowess comes in handy at this point. It is no easy feat to portray such a multi-layered character, but as with every role he plays, Mirza Zain Baig makes his mark on Faizi with his authenticity.

There may be many fantastic dramas out there, but ‘Mera Rab Waris’ is definitely one of a kind. It has the most original and innovative storyline which can be relatable for many. The versatile characters, an interesting storyline and ace direction is what makes ‘Mera Rab Waris’ stand out from the rest.