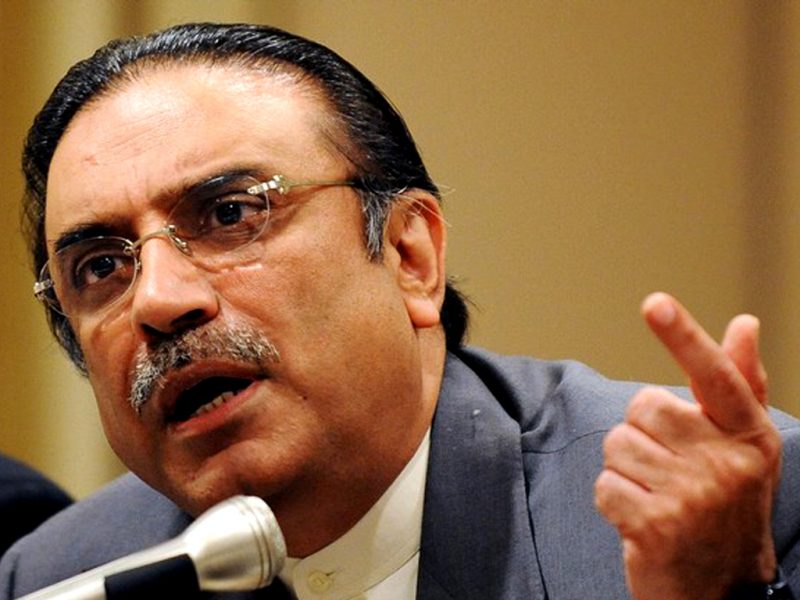 ISLAMABAD: In connection to fake accounts and money laundering case, Zardari arrived at the NAB Headquarters in Islamabad to record his statement on Thursday (today).

The appearance of the former president was in the wake of an illegal award of a contract by Government of Sindh special initiative department to M/S Harish & Company.

The case is a consequence of the apex court’s directive in the form of a joint investigation team (JIT) report regarding the fake accounts scandal.

PPP lawmaker Faryal Talpur, Omni Group’s Anwar Majeed and his sons, and former Pakistan Stock Exchange chairperson Hussain Lawai are among others being investigated in the case. (as it is)

The matter has been transferred from Karachi to Islamabad office of NAB upon former president’s notice. Moreover, every call for appearance has been postponed upon his request.

The issues of fake accounts and money laundering came to light when in December 2015, the Federal Investigation Agency (FIA) began a discreet investigation into certain bank accounts through which multi-billion rupee transactions have been made.

29 fake accounts that received payments, totaling at least Rs35 billion have been identified. After being on the back burner for about a year and a half, the case was resumed in January 2018. By June, the FIA had several high-profile names on its list but was unable to make headway–for several reasons.

It was then that Chief Justice Nisar took suo motu notice of the ‘slow progress’ in the money-laundering case. In July, Zardari’s close aides Hussain Lawai, Taha Raza and two others were arrested. Subsequently, the first case was registered in the mega-corruption scandal.

An overview of JIT report

According to the report, the JIT identified 11,500 bank accounts and 924 account holders at the start of their investigation.

Due to the high quantum of transactions, the JIT decided on a threshold of Rs10million “to track, follow and minutely investigate the flow of funds beyond the immediate counterparties and determine the source of funds and ultimate beneficiaries.”

767 high-profile individuals, including Zardari and Talpur, while Bilawal submitted written responses. The investigations have focused on 32 accounts of 11 fake entities.

It is apparent that the representatives of the State Bank and Securities and Exchange Commission of Pakistan (SECP) played a vital role in the investigation and preparation of the final report and recommendations.