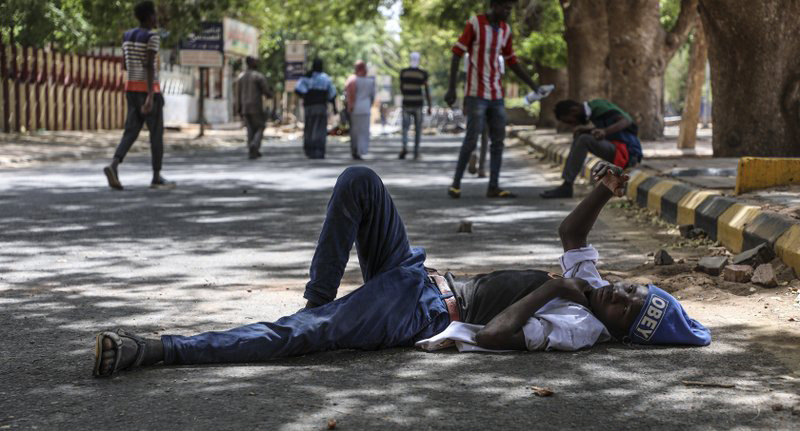 Sudanese protesters said Tuesday that security agents loyal to ousted President Omar al-Bashir attacked their sit-ins overnight, setting off clashes that killed five people, including an army officer, and heightened tensions as the opposition holds talks with the military. Both the protesters and the ruling military council said the violence was instigated by al-Bashir loyalists from within the security forces. Over the course of his 30-year rule, al-Bashir formed a shadowy security apparatus made up of several paramilitary groups. The US Embassy, however, blamed the military council, saying its attempts earlier in the day to remove roadblocks, and its use of tear gas against protesters, led to the violence later that night. On Tuesday, the Forces for the Declaration of Freedom and Change, which represents the protesters, also blamed the military council. The group said the council did not provide the necessary protection for the protesters. The group called for an independent committee to investigate the violence. At a news conference, they said peaceful protests would continue until power is transferred to civilians.