Astola Island is the hidden ‘gem’ of Pakistan 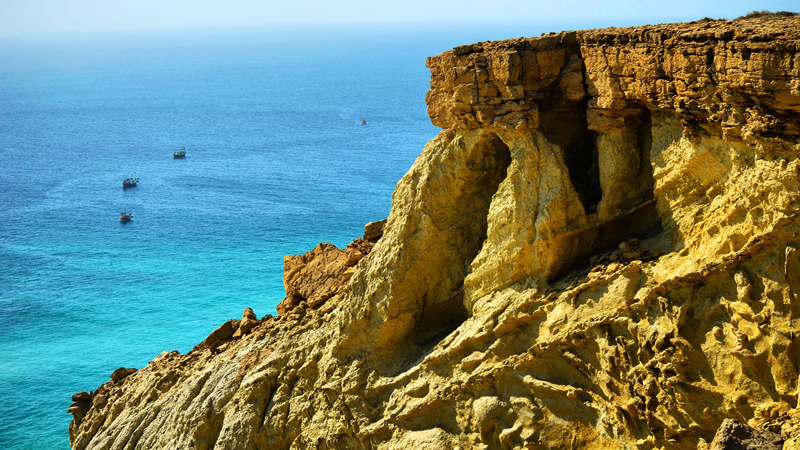 Pakistan is blessed with all the natural beauty in the world. It has mesmerising and enthralling landmarks. Pakistan is the land of four seasons which is abundant with scenic sites. The northern areas in Pakistan have always been the centre of attraction for tourists, but few have seen the riveting and spellbinding spots of southern area. Astola Island is among the breathtaking and alluring spots in southern areas. It is Pakistan’s largest offshore that graces the Northern Arabian Sea holds its natural charm and mystical allure. It’s also known as the Jezira-e-Haft Talar (The Island of the Seven Hills). The Island is a part of Pasni, Gwadar in Makran. It’s 6.7 kilometres in length and has a width of 2.3 kilometres, surrounded by exquisite beauty with its crystal clear, turquoise water which is worth a view and is home to an astounding variety of marine life. It is seven to eight hours away from Karachi.