The economic mess in Pakistan is getting worse with every passing day. Depleting foreign exchange reserves, unfavourable trade balance, fiscal deficit, mounting circular debt, regressive taxation, the energy crisis and the free fall of rupee are all factors in this crisis.

Most of the exports from Pakistan are manufactured goods. The textile industry constitutes a major share of th exports; it includes cotton fabrics, cotton yarn, thread, knitwear, and bedwear. Rice, fish, fruits, vegetables, leather, carpets, cement and sports equipment are some of the other exports. It is pertinent to note that most of these exports are low-value commodities. These do not create a trade surplus. Industrial production of high-value goods can turn the trade balance in a country’s favour. For instance, Japan’s automotive industry is the single largest source of income for the country. Similarly, China’s rapid economic growth over the last four decades is due to its industrial sector. Pakistan has to shift its focus to industrial products to have a trade surplus.

Secondly, Pakistan has an inefficient tax system that is unable to implement progressive taxation. Regressive taxation is not only hindering the collection of taxes but is also responsible for increasing hardships for the poor. According to the State Bank of Pakistan, despite having a Rs 34.39 trillion economy, only Rs 5.228 trillion was collected in taxes.

The external debt is yet another issue. It has touched $100 billion for the first time in its history. Pakistan is all set to go for an IMF programme once again. This will further increase the debt. Despite getting financial aid from friendly countries to stabilise foreign exchange reserves, Pakistan has to pay back the debt.

According to the latest World Bank report, the GDP growth rate of Pakistan is expected to go down to 3.6 per cent. This will cause an increase in unemployment. For the current population growth, Pakistan has to create 1.2 million jobs annually. It is feared that the unemployment rate will soon reach 6 per cent.

Economic reforms are never a short-term process. An economic boom requires determination and the political will to take the necessary unpopular steps

Gender inequality is also a serious problem. According to the World bank, bridging the gender gap will increase Pakistan’s GDP by 18 per cent. Pakistan is currently standing at 148 out of 149 countries. Unemployment ratio in women is greater than men in almost every part of the country.

These crises are not easy to solve. First of all, one must keep in mind that a short-term programme will not work at all. Our revenue generating system needs to improve. A good tax intelligence system can help. The FBR needs to build an intelligence unit that will gather information about non-filers so that the government may pressure them. Many industries hide their original production data to avoid taxes. Similarly, many retailers do not show their real sales to avoid taxation.

Secondly, the government needs to incentivise tax filers so that more and more people contribute to the development of the country. The tax collection system needs rigorous reforms. According to a World Bank report, a company needs almost 594 hours to submit their taxes due to the red tape.

Moreover, the government can privatise some of the state institutions. Private businesses are usually known for their efficient management. Privatisation of some entities may be good for the economy in the long term.

The second phase of CPEC is all set to start. This will establish Special Economic Zones in all provinces. By focusing on engineering goods more than the already developed textile sector, the trade balance can be improved. The unemployment can be addresed by giving jobs to people of the respective provinces in these economic zones. China’s economic boom in the last four decades is due to its success in economic zones. Pakistan needs to learn from China’s experience in this regard.

Structural Adjustment Programmes of the IMF should be implemented carefully. It may raise electricity and gas prices in the short run but can become beneficial in the long run.

Economic reforms are never a short-term process. An economic boom requires determination and the political will to take the necessary unpopular steps.

The writer is a chemical engineer 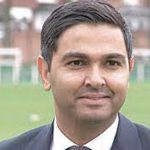 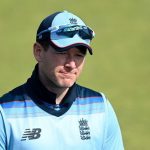 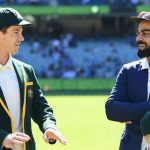 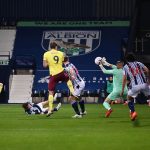