Italy’s ‘cave town’ has been crowned City of Culture 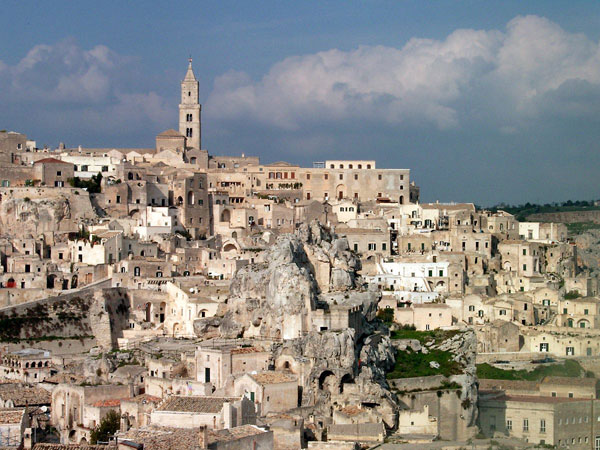 The choice of Matera as 2019’s European City of Culture will have astonished Italians of a certain age, although not those who have ever visited it.

Fifty years ago, the city was designated the ‘national shame’ of Italy, embodying everything that was wrong with the impoverished south. But it was not true then and is little more than a hazy memory today, especially as 200,000 foreign visitors are expected this year.

What had got politicians hot under the collar was precisely the cause of the city’s current celebrity: more than half the population used to live in caves.

Matera sits perched on the edge of a sharp ravine – or rather the wealthier part does. The poor used to live, hugger-mugger, down the hillside in assorted stone hovels and caves that spread towards the fast-flowing River Gavina.

They lived on the other side of the ravine, too, where gaping holes of long-abandoned cave dwellings and troglodytic churches stare back emptily at the city. Today, this area offers energetic visitors a truly interesting place to walk – who could resist making their way over the river via a rope bridge?

In truth, the national outcry about Matera was always overdone. Far more vile places can be found in the slums of Palermo or Naples than was ever the case at Matera.

Nonetheless, 15,000 people were moved out of the Sassi – the district of the city known for its caves – and by the 1980s only a few obstinate old crones and bored, witless children seemed to dwell in a rabbit warren of dazzling white limestone.

How things have changed today. As so often in Italy, foreigners appreciated what the locals themselves could not see.

The United Nations Educations Scientific & Cultural Organisation (UNESCO) proclaimed the Sassi a world heritage site in 1993. Actor and filmmaker Mel Gibson used the district for Jerusalem in his film ‘The Passion of the Christ’ and numerous other filmmakers have also filmed here on location.

The result is that Matera has been given a kind of ‘Tuscan’ facelift. The Sassi is now alive with restaurants, swanky bars and boutique hotels, where visitors from all over the world can stay in the once-reviled caves for £110 a night.

The United Nations Education Scientific & Cultural Organisation (UNESCO) proclaimed Sassi a world heritage site in 1993. Actor and filmmaker Mel Gibson used the district for Jerusalem in his film ‘The Passion of the Christ’ and numerous other filmmakers have also filmed here on location

Two generations of decent diet have put long limbs on the youth, who now serve drinks at cleverly lit taverns which go down several levels into the rock face.

Highlights of the European City of Culture – shared this year with Plovdiv in Bulgaria – include performances of Pietro Mascagni’s opera Cavalleria Rusticana in the Sassi, with many locals taking part in the production.

Cultural attractions include the Museum Ridola and its wonderfully rich local archaeological finds, while artworks, including those of Carlo Levi, can be seen at Palazzo Lanfranchi.

One thing lacking from the culture programme is a grade A local celebrity, but that might be about to change in spectacular fashion. The American film director Francis Ford Coppola, maker of The Godfather series and Apocalypse Now, is proud of his local roots, and in 2005 he bought a magnificent 19th Century mansion in the small town of Bernalda, just 20 miles away.

It was from here that Coppola’s grandfather emigrated to the United States a century ago, along with thousands of others from southern Italy.

Lovingly restored, Coppola’s Villa Margherita is now a nine-room hotel and it was here that his film-director daughter Sofia was married in 2011.

There is a fair chance one or both Coppolas will take part in the Matera celebrations this summer, although for the moment, staff at Villa Margherita are keeping schtum.

One has to praise Coppola for staying loyal to his Bernalda roots, as it is long way off being the most obvious choice for a bolthole for an A-lister.

It is a prosperous agricultural town set on a plain, but it comes without any of the picturesque beauty of a thousand southern Italian hill towns. 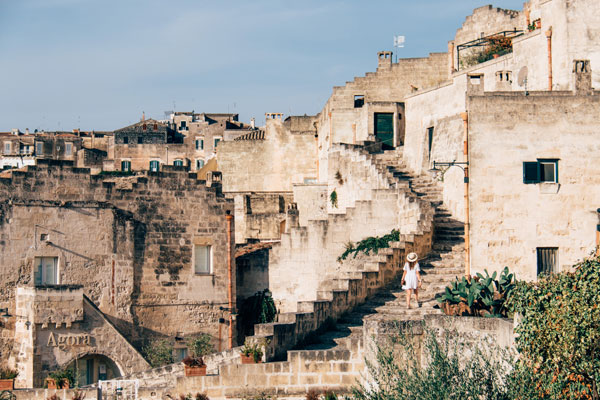 Villa Margherita stands on the principal street and, in spite of its luxurious seclusion and starry clientele, it even has a bar open to all-comers.

If money is no object, Villa Margherita would be a perfect base to explore the region of Basilicata. This province, with its Norman castles and churches – some strikingly similar to those found in southern England – and abundance of classical sites, is well worth an extended visit.

Known as la città sotterranea (“the underground city”), its historical centre “Sassi” contains ancient cave dwellings from the Paleolithic period. If continually inhabited as Leonardo A Chisena has suggested it would be one of the oldest continually inhabited settlements in the world; alternatively it has been suggested by Anne Parmly Toxey that the site has been “occupied continuously for at least three millennia and occupied sporadically for 150-700 millennia prior to this”.

Sassi, along with the park of the Rupestrian Churches, was awarded World Heritage Site status by UNESCO since 1993.

On October 17, 2014, Matera was declared Italian host of European Capital of Culture for 2019 together with the Bulgarian town of Plovdiv.