US Attorney General Bill Barr under fire for protecting Trump 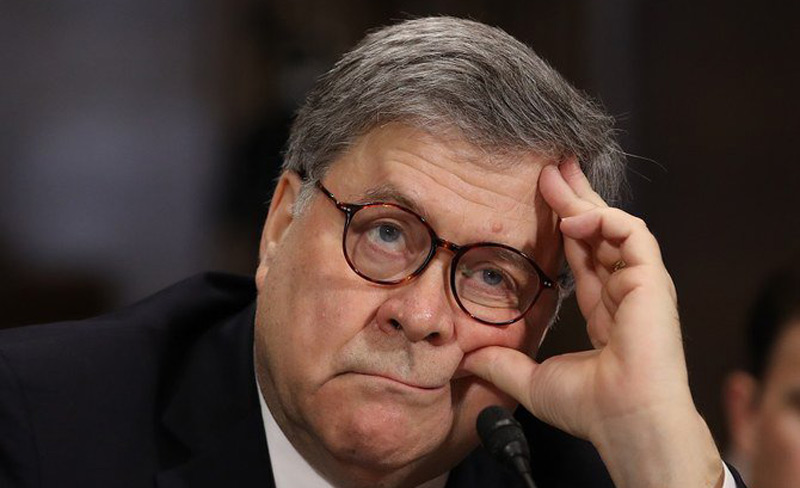 Attorney General Bill Barr had a solid reputation when he took over the US Justice Department in February, but his concerted efforts to downplay the Mueller report’s damning allegations against President Donald Trump have left that reputation tattered.

The veteran Washington lawyer, 68, encouraged hopes that, under his leadership, the Justice Department would shake off the taint of politicization in the first two years of Trump’s presidency.

But ten weeks later, he is being branded as more political than his predecessor, labeled a liar and facing calls for impeachment and a possible charge of contempt of Congress.

Barr has stunned many who gave him the benefit of the doubt by declaring Trump fully cleared of accusations of collusion with Russia and obstruction of justice.

But Special Counsel Robert Mueller’s full report on Russian election meddling, while not finding criminal behavior, detailed a disturbing number of contacts between the Trump campaign and Russia in 2016, and a deep pattern of obstruction by the president.

Ignoring that, Barr has instead appeared to take part in Trump’s attacks on the Mueller investigation and his own Justice Department.

He belittled a letter from Mueller complaining that he distorted the report as “snitty.” And echoing Trump’s own complaints, he suggested that the investigation may have illegally “spied” on the president’s campaign.

After a stormy hearing in Congress on Wednesday, Barr took flack from multiple directions for his alleged determination to protect Trump at any cost.

“Not in my memory has a sitting attorney general more diminished the credibility of his department on any subject,” Benjamin Wittes, a senior fellow at the Brookings Institution, wrote in the Atlantic magazine.

“How could Mr. Barr, a bright and accomplished lawyer, start channeling the president in using words like ‘no collusion’ and FBI ‘spying’?” Comey wrote in The New York Times.

Critics maybe should not have been surprised.

Barr has since the 1980s been a fixture of Washington’s Republican establishment.

When he sat in the attorney general’s chair for a year in 1991-92, he protected president George H. W. Bush’s powers, outraging Democrats when he engineered Bush’s pardon of a key figure in the Iran-Contra scandal involving illegal arms sales to Iran.

He then spent nearly two decades representing the interests of Verizon, fighting any effort to expand regulation of or diminish the power of one of the largest US telecommunications operators.

He was also a rising figure in the Federalist Society and politically active Catholic groups in the US capital, from where the most recent conservative justices on the Supreme Court have been chosen.

In June 2018, with Sessions’s job already known to be imperiled, Barr sent an unsolicited legal memo to the Justice Department and White House arguing that the investigation impinged on presidential prerogatives and was based on a “fatally misconceived” view of obstruction law.

Those views appear to have guided his decision to unilaterally declare Trump cleared of wrongdoing, once Mueller’s report was completed.

Once Mueller’s report was finished, “it was my baby,” Barr told the Senate Judiciary Committee on Wednesday.

But his determination to help the White House move beyond the probe has created a new problem.

Earlier in April, Barr told Congress twice that he was unaware of any disagreement Mueller might have had with him on his initial March 24 summary of the report.

In fact, a letter made public Tuesday showed Mueller complaining that Barr had distorted the report’s conclusions.