No ‘evidence’ of India using Afghan soil to purport terrorism in Pakistan, says US

ISLAMABAD: On Wednesday, the US said that it had not any ‘evidence’ that India was using Afghan soil to purport terrorism in Pakistan.

“I don’t have the evidence what you’re referring to, but our policy is clear that no country should support non-state actors,” a senior visiting State Department official said in response to a question while interacting with a group of journalists here at the US Embassy. 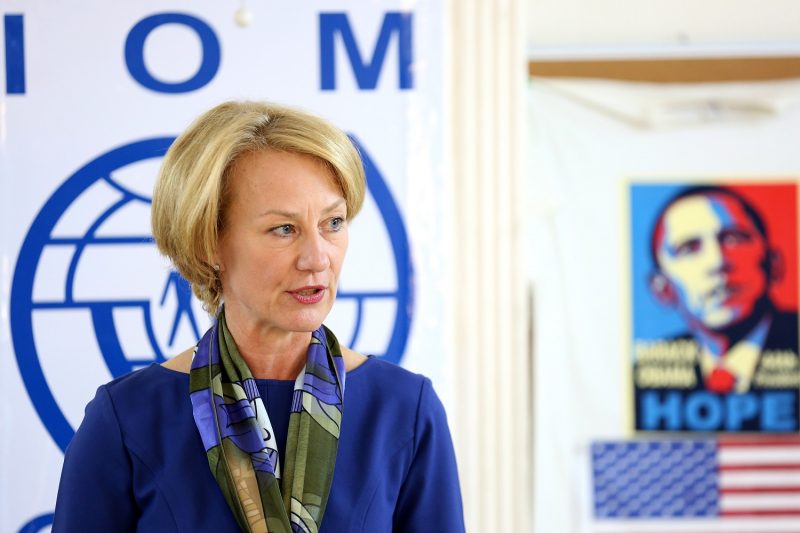 Alice Wells, Principal Deputy Assistant Secretary of State for South and Central Asian Affairs who was in Islamabad as part of delegation headed by US special envoy Zalmay Khalilzad, was asked about Pakistan’s longstanding allegations against India for sponsoring terrorism from Afghanistan.

This response from US projects that it is unconvinced of Pakistan’s allegations against India.

The American diplomat, nevertheless, made it clear that US would never condone or support any use of ‘terrorist proxies against another country’.

Pakistan has a long-held stance and as an evidence, quoted the case of Kulbushan Yadhav. Even when Wells attention was brought to India using Balochistan’s territory against Pakistan, she denounced the action without naming India.

“We have been working very actively with Pakistan to combat whether it’s al Qaeda or TTP. Any terrorist attacking Pakistan is enemy of ours and we share very strong counter-terrorism objectives in defeating extremist forces,” Wells emphasised.

“We recognise and respect the territorial integrity and sovereignty of Pakistan. We do not support any separatist or irredentist movements,” she said, adding, “We think it’s critical that nations of this region respect one another and work to achieve peace and economic growth.”

Major General Asif Ghafoor, the chief military spokesperson on Tuesday laid out a charge sheet against the PTM leadership. One of the allegations leveled against the group was about getting funds from Afghan National Directorate of Security (NDS) and Indian Research and Analysis Wing (RAW).

Wells said the US welcomed Prime Minister Imran’s public statements affirming his resolve not to allow Pakistan’s soil to be used against any other country.

“I would positively note that many comments the prime minister has made in public underscoring his government’s commitment to moving away from non-state actors to ensuring that the national action plan that Pakistan has forged is implemented,” she said.

She added that Pakistan had to take specific steps on FATF’s recommendation to cut down terrorist financing. Ultimately, it would be the FATF and not the US to legitimize Pakistan’s efforts.

She did however said that the US saw Pakistan’s efforts as ‘positive’ and appreciated the latter.

According to Wells, the deadlock between Pakistan and India too depended upon the former’s efforts to curb terrorism rather than local politics and election cycle in India.

She said Pakistan needed to demonstrate its commitment to ensure that “violence is prerogative of the state that the militant groups can’t take advantage of Pakistani soil.”

In response to a question about China-Pakistan Economic Corridor (CPEC), she said that while Washington had no qualms about the Chinese investment, it was important that it was in line with the international standards.

She argued that such investments should be transparent, sustainable and should produce benefits for the country.

“So any concern that we have over CPEC projects is with regards to the transparency, the efficacy and the sustainability of the loans,” she explained.

She emphasized that BRI is not Pakistan-specific; it needs to be seen in a wider spectrum.

“We welcome the infrastructure investment by China and by all countries so far it advances the prosperity of the countries involved,” she maintained.

“We have had cases whether it’s the Hambantota port of Sri Lanka, whether its prime minister of Malaysia saying enough is enough whether it’s the Maldives where the newly elected president is unwinding projects that have been contracted on non-transparent terms that are not beneficial to  Maldives,” she elaborated further.

Meanwhile, at the conclusion of his trip Ambassador Khalilzad expressed his appreciation for Prime Minister’s remarks against terrorism. Overall, he was satisfied and appreciative of Pakistani side’s stance.

In addition, peace holds particular significance for the region by facilitating regional economic integration, said Ambassador Khalilzad, adding that such integration contributes to advancing PM Imran’s vision for a development-centric transformation of Pakistan.