“The meeting has boosted my morale,” says Shaheen Afridi after meeting PM 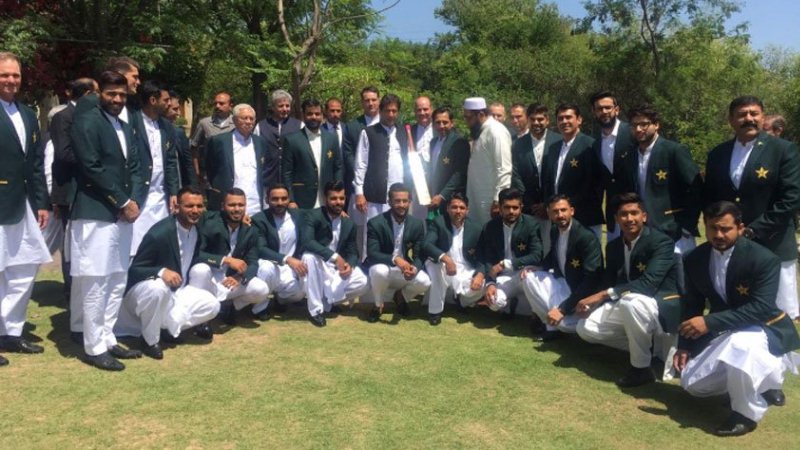 The national criicket team met Prime Minister Imran Khan on Friday. The pep talk was given by the cricket expert before the World Cup. Today the members of the national cricket team talked about the experience. The team promised to perform well in the tournament that will start on May 30 in England.

The all-rounder Imad Wasim interacted with the media and said, “The meeting with Prime Minister Imran Khan has raised our spirits.”

“I was nervous during our meeting with the prime minister” but also acknowledged that “the meeting has also boosted my morale,” acknowledged Shaheen Shah Afridi.

Fakhar Zaman said, “Imran Khan told us how to fight your hardest during the match.”

The players shed some light on their preparations for the World Cup.

Wasim was asked about his fitness because he had been battling a knee injury. He said, “I am completely fit but I am working even more on my fitness.”

While talking about playing against India, Wasim said, “We’re going not just to win against India but win the whole thing.”

Wasim talked about players like Shahid Afridi and Abdul Razzaq that cricketers like them only come a few times in every generation.

Shaheen said, “of course I would want to replicate his 1992 performance and play a part in the team’s success,” while rejecting his comparisons with Wasim Akram.

Shadab Khan disclosed his plans to “emerge as the best all-rounder of the tournament, which is why I am concentration on my batting as well.”

“We are capable of defeating any team,” the youngster said.

“This will be my last World Cup and I want Pakistan to win it,” Malik added.

He said that he has complete confidence in the team and said, “There is a fantastic combination of young and senior players.”

Malik also talked about playing against the Indian cricket team and said, “The match against India will be like any other match but of course it is true that there will be pressure on everyone in the World Cup.”

Fakhar Zaman said, “The rest I got during the Australia series has helped me and during this time I worked on my flaws so now you will see a different Fakhar Zaman.”