Rain kills 39 across the country 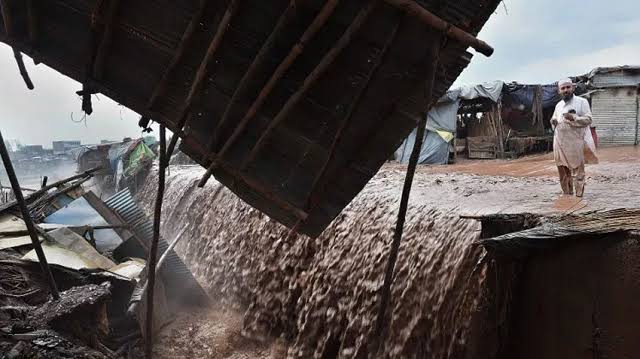 National Disaster Management Authority confirmed on Wednesday that the rains in Punjab, Balochistan and Khyber Pakhtunkhwa took lives of at least 39 people and injured 153 people.

The authority further stated that around 80 houses have been damaged across the country due to the torrential rain.

Jhang, Gojra, Sammundri, Tandlianwala, Sargodha and their peripheral areas were among those which suffered power shortage, he said, adding field staff worked actively and restored electricity supply from all feeders after rain.

In the last 24 hours, the MET office has recorded 57mm rain in Islamabad, 24mm rain in Rawalpindi, 43mm rain in Lahore, 40mm in Gujranwala and 16mm in Peshawar.

The MET office confirmed that more dust-storms, thunderstorms and rain is expected in Punjab, Kashmir, Islamabad and areas of KPK.

The office further told that there are chances of rain in areas of Quetta, Zhob, Kalat, Sibi, Sukkur, Larkana divisions and Gilgit Baltistan.

Flash floods have already hit Balochistan due to which nine people were killed and three others were injured.