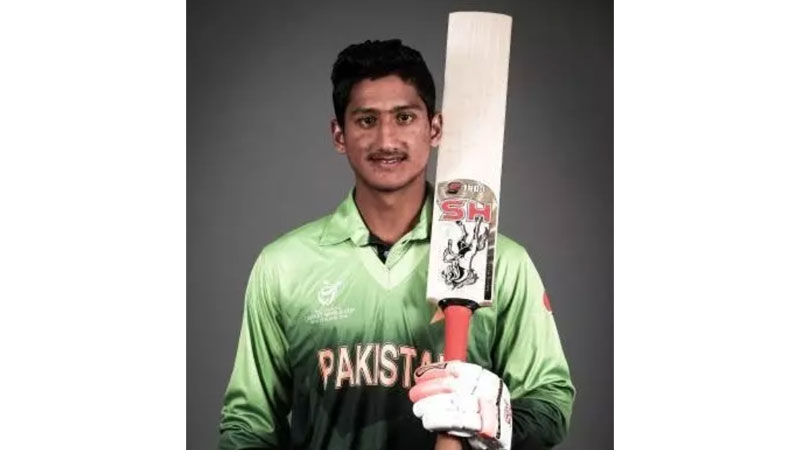 The Pakistan Cricket Board (PCB) on Tuesday announced the appointment of Rohail Nazir as Pakistan Under-19 captain for next month’s series against Sri Lanka. Wicketkeeper/batsman Rohail scored 130 and four for Islamabad against Habib Bank Limited in the Quaid-e-Azam Trophy in September. He played three more first-class matches in his debut season and finished with 300 runs besides dismissing 13 batsmen behind the wickets.

Rohail was Hassan Khan’s vice-captain in the International Cricket Council (ICC) Under-19 Cricket World Cup 2018 in New Zealand, where Pakistan finished third after their third-fourth place play-off against Afghanistan was abandoned without a ball being bowled. Nazir finished the tournament with 140 runs and 14 dismissals, and later went on to captain Pakistan in the ACC under-19 Asia Cup in October 2018.

Mohammad Taha, who was also part of the ICC under-19 Cricket World Cup 2018 squad, has been appointed as vice-captain. Taha, a left-handed top-order batsman, scored 54 runs in five matches in New Zealand and is yet to make his first-class debut. Faisalabad’s wrist-spinner Suleman Shafqat is the other member from the World Cup squad to retain a place in the Sri Lanka touring party. He took three wickets in New Zealand.

Apart from Rohail, the only other first-class cricketer in the 15-member squad is FATA’s fast bowler Abbas Afridi, who has played two matches and taken four wickets. Saim Ayub is the other notable cricketer to find a place in the side. The left-hander had previously captained Pakistan under-16 on the tour to Australia in April 2018 and was also part of the side that featured in the ACC under-19 Asia Cup last year in Bangladesh.

Keeping in mind the ICC U19 Cricket World Cup 2020 in South Africa, the junior selection committee headed by former cricketer Basit Ali has selected players who were born on or after 1st September 2000 so that they remain eligible for next year’s global event to be played from 17 January to 9 February 2020. Pakistan under-19 side will play two four-day matches against Sri Lanka under-19 team in Galle (3-6 May) and Hambantota (9-12 May), before taking on Sri Lanka under-19 side in three 50-over matches in Hambantota (15 and 17 May) and Galle (20 May).