Omar cites death threats, says Trump must not encourage them 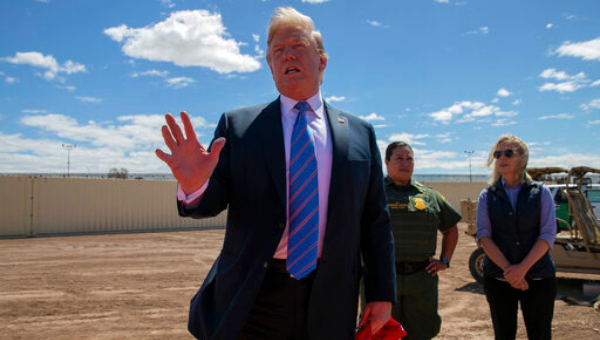 Rep. Ilhan Omar says she’s faced increased death threats since President Donald Trump spread around a video that purports to show her being dismissive of the 2001 terrorist attacks. “This is endangering lives,” she said, accusing Trump of fomenting right-wing extremism. “It has to stop.”

Her statement late Sunday followed an announcement by House Speaker Nancy Pelosi that she has taken steps to ensure the safety of the Minnesota Democrat and the speaker’s call for Trump to take down the video. Soon after Pelosi’s statement, the video disappeared as a pinned tweet at the top of Trump’s Twitter feed, but it was not deleted.

Pelosi was among Democrats who had criticized Trump over the tweet, with some accusing him of trying to incite violence against the Muslim lawmaker. An upstate New York man recently was charged with making death threats against her.

White House press secretary Sarah Sanders defended Trump earlier Sunday, saying the president has a duty to highlight Omar’s history of making comments that others deem anti-Semitic or otherwise offensive and that he wished no “ill will” upon the first-term lawmaker.