Thousands of PTM protesters rally for their rights in North Waziristan 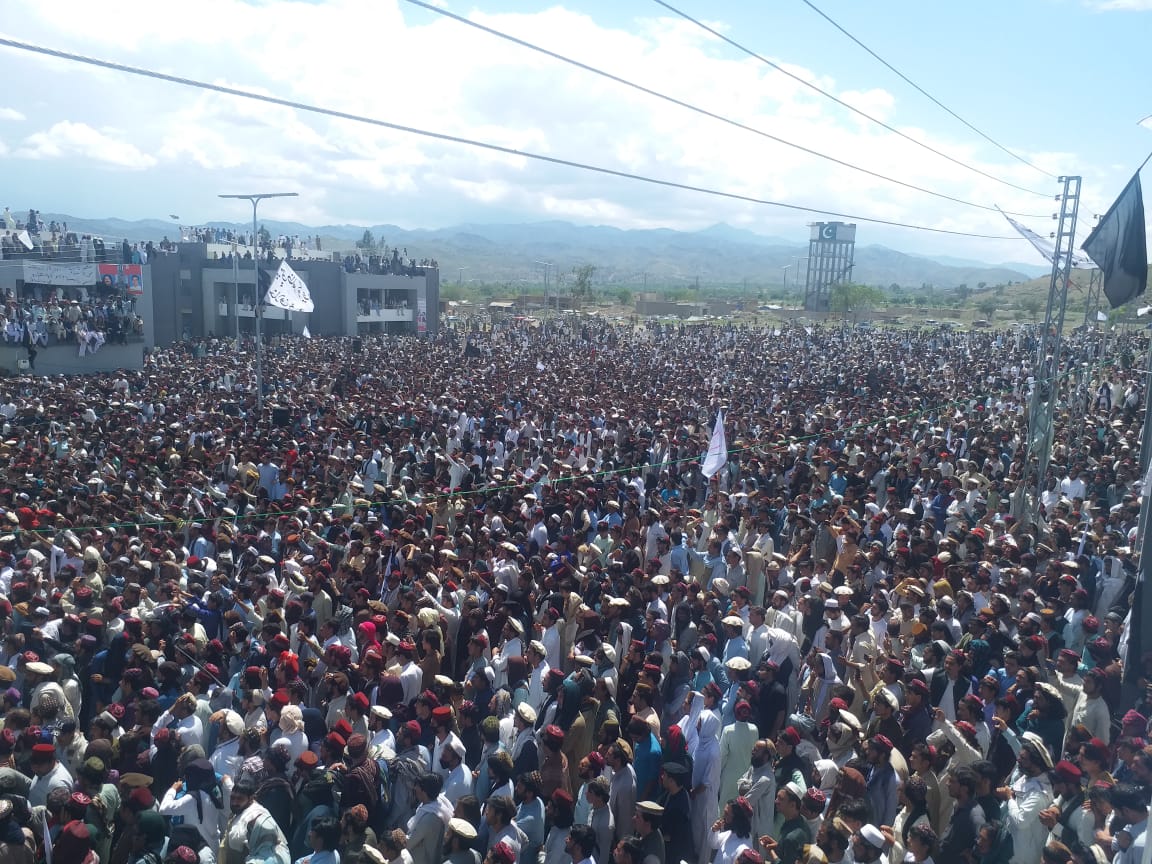 Thousands of protesters joined the Pashtun Tahafuz Movement (PTM) rally on Sunday in Miramshah region of North Waziristan. Pashtuns from the various parts of KP and Balochistan attended the rally.

The rally was also joined by many women having placards in their hands inscribed with different slogans demanding the recovery of their missing ones, asking for equal rights, and stop target killings of their loved ones.

Besides women, many children also attended the rally and were chanting the full throat slogans for the release of their missing fathers and elder brothers.

The chief of the movement Manzoor Ahmad Pashteen said, “We want peace on this peaceful soil, we are sons of this soil and we want to have a complete hold on the resources of this soil otherwise no one can stop us from getting our rights and hold on our resources.”

He added that the resources of Pashtuns had been stolen and captured by others and now it was time for them to stand up and get equal rights from this state.

Other speakers on the occasion demanded the recovery of their missing ones and asked the state to stop killing and racial profiling of Pashtuns.

She further said “Pashtun women always back their men in the time of crisis and we will fight for our honor and dignity along with our men.”

An emerging leader Mohsin Dawar hailing from the North Waziristan town of Miran Shah asked the government for stopping the extrajudicial killings and forced abductions of Pashtuns in Waziristan and rest of the KP.

While addressing the rally he said, “we reject the military operations on this soil because the people living on this soil are very peaceful and the people of this soil will not tolerate any the target killings and abductions of Pashtun people.”

He added that the state must treat us equally otherwise they would keep protesting peacefully.

A woman was wearing her traditional shuttlecock Burqa, held a picture of her missing son in her hands, cried and said, “I have lost my eye sights behind my son because I had only one son and for the past six years I have never seen him. I beg the state for his recovery because I have no one in this world except my only son.” 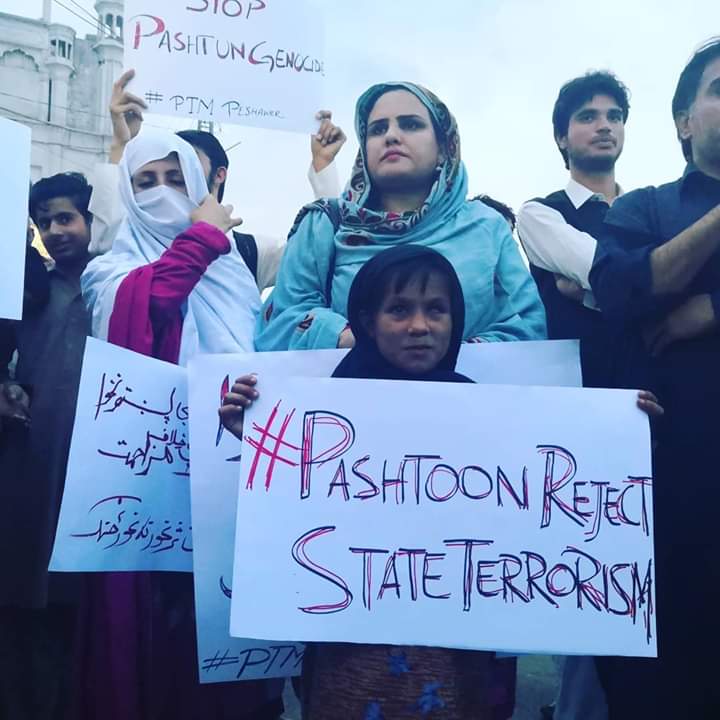 Amin Wazir the member of PTM and one of the main speakers of the rally said, “The state should accept our demands because we are the citizens of this state and no one has the right to violate our rights and discriminate us.“

On the other hand, according to the government officials many of their demands have been fulfilled and rest are yet to be fulfilled.

Besides target killings and forced abductions the speakers also rejected the establishment of controversial Kurram Tangi Dam and asked the government to stop this project and think for an alternative.

Zia Ullah Hamdard a KP based Human rights activist while reacting to the rally said, “After witnessing the mammoth crowd coming out on the call of PTM, it is very much clear that PTM has gained roots in public and it cannot be defeated by the media blackout or state propaganda.”

According to the rally administration, more than 30,000 people attended the rally.