In my first ever acting gig, I’ve chosen a tough role: Zoya Nasir

* Hania has a lot of emotional turns and I couldn't have done it without my director's help, the debuting actress says 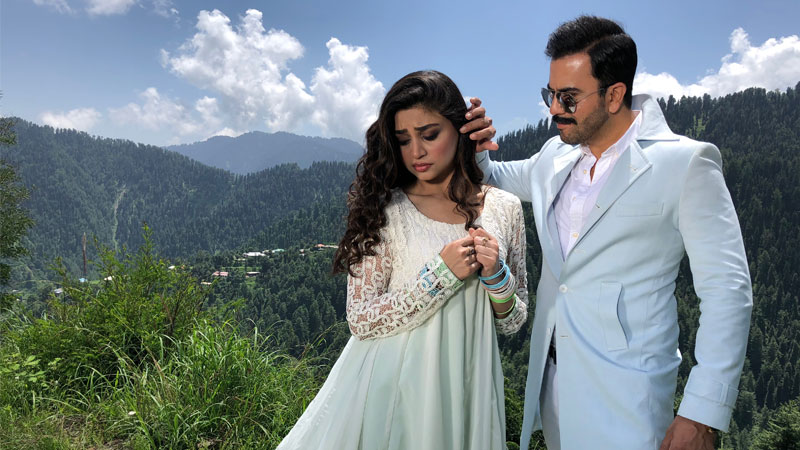 ‘Hania’, a 2019 thriller series, is a harrowing tale that dissects the de facto truth of violence against women in Pakistan. Following the storyline of its lead character Hania, played by Zoya Nasir, the drama focuses on issues of domestic violence that plague the society today. Debuting actress Zoya Nasir delivers a punch with her acting skills in this entertainment-packed play. ‘Hania’ has been produced by Humayun Saeed and Shahzad Nasib under Six Sigma Plus featuring Junaid Khan and Zoya Nasir as the main leads. We spoke to the impressive young trailblazer about her debut work in the drama serial.

Tell us a little bit about the drama serial ‘Hania’. What is it all about?

The play highlights a very common problem that young girls in our country and culture go through. It is about marital abuse in physical and mental way. It’s about harassment and the loge kya kahenge (what will people say?) norm. Hania is a middle class girl who gets married to a flashy rich guy, without any background check from her family in a bid to get the girls married ‘before it’s too late’ and to jump at the occasion of any rishta that comes with money. The story revolves around how Hania tries to deal with all this turmoil instead of being a sheltered and naive girl all her life. It’s about how she grows as a person and fights her way through the tough times, mainly presented by her fear of society, rather than anything else itself. It’s a great way to spread awareness and highlight this problem. And it’s a great message at the end.

Tell us about your role as Hania. You play one of the lead roles playing a victim of domestic abuse. Was it hard?

It definitely was a challenge. In my first ever acting gig, I chose a tough role. Hania has a lot of emotional graphs and I couldn’t have done it without my director’s help. It’s safe to say that Qasim Ali Murid spoon fed me the character of Hania throughout. He made me compassionate towards her so I could be her. I’m very lucky to have him as my first director.

‘Let your daughters experience the real world before they’re married off. If they don’t have the sense of what’s right or wrong, they wouldn’t know they’re right if they’re being told otherwise or vice versa. It’s important that they have the decision making power’

Domestic violence is an issue plaguing Pakistan. Do you feel that talking about such issues through arts is essential?

Any form of art is a source of entertainment, communication, escape and peace. I think reasoning awareness through the means is a great way and also the quickest, because television is in every house and it’s meant to be relatable. If our TV industry has a great impact on our masses, then it is their responsibility to do so.

Tell us about your co-stars. What was it like working with them?

In ‘Hania’, I co-star with Junaid Khan. I’ve been listening to Khan’s songs since his debut single, which is why I was ecstatic when I heard he’ll be co-starring with me. We are both Lahoris and we bonded over our love for food. Osama really helped me when I found myself lost between scenes. He taught me some great techniques and method acting bits that’ll stay with me. I couldn’t be more grateful for their patience and support towards me.

What is the one message that you wish your audiences should take from this drama serial?

Let your daughters experience the real world before they’re married off. If they don’t have the sense of what’s right or wrong, they wouldn’t know they’re right if they’re being told otherwise or vice versa. It’s important that they have the decision making power.

The writer is a freelance journalist and can be reached at foha.raza@gmail.com