Pakistan is awaiting diffusion of the prevailing tension. India for its misadventure and following military humiliation and a black eye, is acting intransigent, leaving everyone including its saner element to continue guessing Modi’s next inanity. With Pakistan’s mature behavior duly complemented by international efforts, the current tension may diffuse, but what needs consideration is, how do we prevent recurrence of such situations in future? Before any suggestions are proffered let us briefly review the reasons. 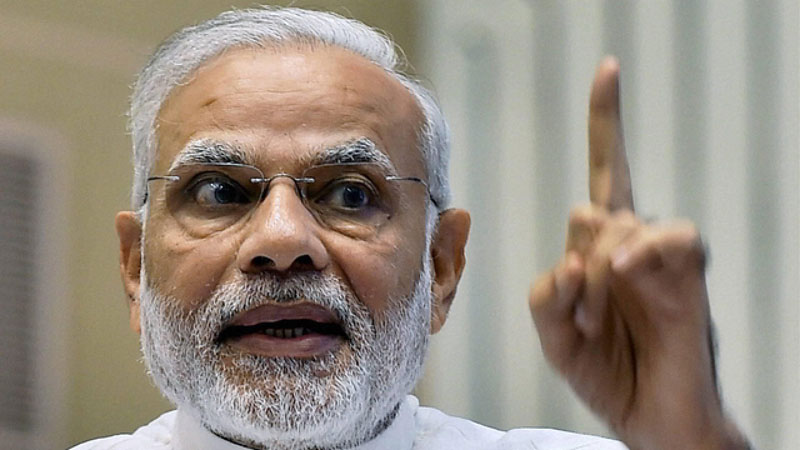 During the last four decades India assumed a highly conceited attitude and it won’t be incorrect to say that the 1971 Indo-Pak war acted as a defining event. Since then, India has been claiming a larger than life superiority and invulnerability, especially viz a viz Pakistan. Such feelings of grandiosity will likely get intense under the ideology of BJP, which if re-elected will surely change the secular nature of Indian constitution. If one casts a circumspect look at Indian behaviour since the Pulwama incident, one will clearly discern characteristics such as; unrealistic sense of superiority, obsession with success and power, unique sense of entitlement and absolute lack of empathy. This state of psychosis rests in reasons such as the desire to restore India to the glorious days of Asoka, actualising the irredentist concept of Akhand Bharat (reunification of India)and the inveterate hatred for Muslims in general and Pakistan in particular.US thinking of creating in India a counterpoise against China has added to hyper manic episodes.

In the highly polarised environment of South Asia, where a UN recognised struggle for self-determination has reached its final stage and Indian decision not only to curb it with unprecedented violence, but to prosecute proxy wars in Pakistan has hurled the region in a dangerous situation. Pulwama and its aftermath have made it amply clear that the unrealistic Indian approach is a perfect recipe for disaster. The Indian PM has shredded to smithereens Kenneth Waltz, a US political scientist’s argument that, “States are not likely to run major risks for minor gains. “The world must realise that the irrational actors inhabiting the structural set up of Indian Nuclear Command Authority and responsible for ensuring retention of strategic stability in the region, have displayed egregious disregard for sensitivities associated with the dynamics of employment of strategic weapons. In this regard, it is worth noting that some Indian analysts in the wake of IAF intrusion of Pakistan’s airspace remarked that, the Pakistani doctrine of “full spectrum deterrence” has already failed. This could not have been media antics alone because some retired Indian generals too were echoing similar disrespect of strategic understanding.

Getting to the heart of the matter in the wake of Pulwama incident, following need serious considerations: –

The world must understand the rigid, unaccommodating and exclusive nature of political philosophy that the BJP Government subscribe to. As this runs counter to any rational behavior, recurring interventions of important states may have to be a considered a rule rather than an exception.

Countries must desist from providing India weapons and technologies that can possibly have destabilizing effects in the region.

Organisation of Islamic Cooperation (OIC) in independent capacity must exert possible influence on India. Saudi Arabia and the United Arab Emirates can utilise the investment and other commercial leverages to influence and elicit cooperative behaviour from India.

If the US expects to prop up India as a strategic ballast viz a viz India, then China which has high stakes in Pakistan, must not only promptly intervene during moments of crises, but strengthen Pakistan in ways that will send daunting signals.

This episode amply reflected upon the necessity of having political leadership with grit and resolve. Competing politicians must not only understand these requirements but gain understanding of issues beyond making absurd amount of money and that too through crooked means.

Pakistani voter must realise how critical it is to cast his vote to a genuine leader, who can through strength of character and personality take the nation out of such situations.

Should BJP get re-elected, the Indian armed forces too will get radicalised and the hyper manic delusions will likely take the rulers and the forces away from reality, thus multiplying security issues in the region.Especially those relating to maintenance of strategic stability in the region. Pakistan must calibrate its responses accordingly.

Within bounds of reason, Pakistan must increase the empathy and responsiveness on issues causing concerns to other countries in the region.

While keeping its responses ready against any Indian foolhardiness, Pakistan must retain its focus on converting the country into an area of strategic importance promoting peace and prosperity for the world at large.

Additionally, the situation invites doctrinal review to ensure that Pakistan emerges victorious from a nuclear war, should one be forced upon it by circumstances. While it may seem ridiculous, it is believed, there will be little sense in inviting a second strike, as it will be devastating.