As the current standoff between India and Pakistan slowly eases out, courtesy of divine intervention to bestow the upper hand to Pakistan in the political, diplomatic and military domain; the measured role played by the US, China and Kingdom of Saudi Arabia (KSA) for deescalation has also become well recognised and appreciated. What was started by the Bharatiya Janata Party (BJP) government led by Modi for the narrowly focused agenda of war mongering to get more votes in the forthcoming Indian elections through escalation and claimed but misfired surgical air strikes across the line of control. This turned out to be a knock at the jaw for the Indian deep state. Nevertheless, playing on the resultant Indian state embarrassment, the Western defence industry was quick to build a narrative directly and through embedded Indian mouthpieces that India had a vintage military and needs to be immediately upgraded with the latest and modern inventory of armaments to be able to hold it’s own against Pakistan and China. It indirectly provided some relief to under pressure Modi, who was accused of a murky 7.8 billion euro weapons deal to purchase 36 Rafale fighter planes from France (the deal is expected to help generate up to 1.9 billion Euros in new revenues for Mr. Ambani who has no experience in manufacturing fighter jets). 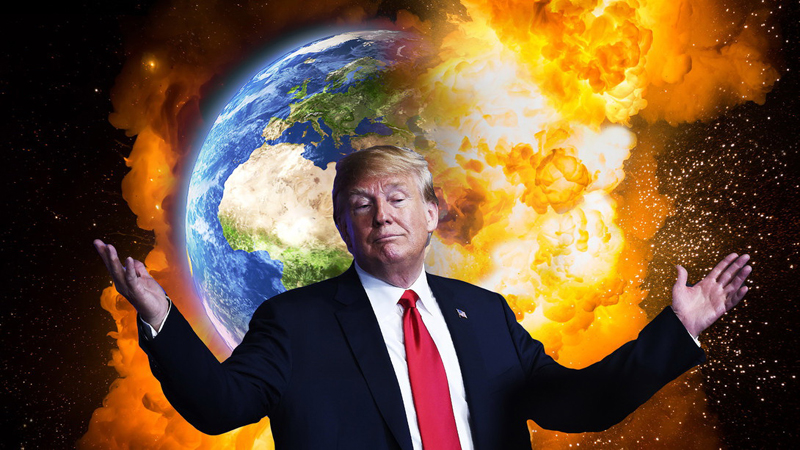 While hawks and the rating conscious electronic media continue to snarl at each other in both countries, with even some joyous statements in Pakistan for the God gifted better outcome of the Indian created frenzy, it is imperative that both countries realise the perils of playing the time tested seductive but surely disparaging tune of the Great Game being played by the big powers. The end of World War II in 1945 resulted in the emergence of America as a leader of the West (courtesy Marshal Plan, creation of World Bank, WTO and IMF led economic network and NATO Military alliance), and a major ally during the war i.e. Soviet Russia. The Soviets turned out to be a major strategic foe giving birth to clash of Capitalism versus Communism that resulted in consequent Korean War in early 50s, Vietnam War from mid 50s to mid 70s, and Cuban Missile crisis in early 60s as a first phase of the Cold War. The American tit for tat strategic response to Vietnam War embarrassment came by defeating Soviet Russia in the ten years long war in Afghanistan in 1989 through Saudi Money and Pakistani Military and Intelligence support, which ended the second phase of Cold War and made America the uncontested Champion of the World. The demise of Soviet Union and Warsaw Pact military alliance led US led NATO to pursue the older goals of the Christian Crusades to take down carefully listed Muslim countries having good economic or military potential under the false ploy of weapons of mass destruction, counter terrorism etc; that saw application of one scheme or a combination of covert wars, regime changes, military interventions and even open invasions of Muslim countries e.g. Kuwait, Iraq, Iran, Pakistan, Afghanistan, Libya, Somalia, Sudan, Haiti, Syria, Yemen and Egypt with many other submitting without much protest, which can be termed th3 third phase of the Cold War.

Having exhausted the self serving phrases of terrorism cleverly conflated with Islam to decimate the Muslim world individually and collectively, the US led West has now embarked upon yet another shrewd plot of dividing the remaining Muslim potential into KSA and Iranian led blocks. This I’d the old policy of divide and rule by selling redundant arms and munitions, thus continuing to further nourish Western economies and improve military muscle. Nonetheless, the real fourth Phase of the Cold War is the refocus on old major strategic foes i.e. resurgent Russia and emerging China with real competition being expanded to include domination of Global Commons (the High Seas; the Atmosphere; Antarctica; and, Outer Space ), Cyber Space, High or Frontier Technology, and safe control on Air, Land and Sea Lines of Communications.

According to Washington Post citing two Pentagon briefs, China has a master plan to oust the US as preeminent global superpower-and this time it just might work. China’s Belt and Road Initiative (BRI)-the signature plan of Chinese Communist Party chairman Xi Jinping to rebuild the old Silk Road trade route through central Asia-at $1 trillion, will involve at least 64 countries. China-Pakistan Economic Corridor (CPEC) is the most vital component in full realisation of BRI that Links Pakistan’s deep sea port Gawadar through a network of road and railways with Chinese Western City Kashgar, and joining two other northern prongs of BRI i.e. one through Central Asia and other through Mongolia and Russia, ultimately reaching Atlantic coasts of Western Europe. However other prongs of BRI move through towards East and reach Pacific coasts and in the South towards Africa thorough Indian Ocean. President Xi’s plan are aimed at solidifying new sources of demand abroad (in lieu of reforms that would restructure China’s economy to boost domestic demand)-in effect, breathing new life into China’s mercantilist trade strategy. Coming to the main point, while avoiding usual political hyperbole, Pakistan needs to remember that the main bane of contention between Pakistan and America remains Pakistan’s Nuclear Capability that has once again been termed threat to American security interests by US Secretary of State Pompeo; however, Pakistan’s strategic role in CPEC is the ultimate thorn in American eye that challenges US Asia Pacific Rebalancing Policy and also acts as the greatest stumbling block to strategic role assigned to India. While India is milking America, Israel and other Western allies quite well in the new found love especially with respect to Kashmir dispute, it is for Pakistan to realise that are we playing as a Queen or as a Pawn on the Global Strategic Chessboard.

According to Tom Orlik, a Bloomberg Intelligence economist, in 2016, China ran a $250 billion trade surplus with BRI countries. “It will be mathematically impossible for Sri Lanka and Pakistan to repay big Yuan-denominated loans when they’re running trade deficits with China close to $2 billion and $9 billion, respectively,” notes Christopher Balding, an expert in China’s financial system. Thus, recipient countries, too, have plenty of reason for concern. Pak-China broad based bilateral relations have consistently been following an upward trajectory in trade, investment and security fields besides commonality of interests with respect to situation in Afghanistan and counter terrorism. It is also satisfying to note that Chinese Vice President Wang Qishan during a meeting on 19th March 2019 gave assurance to visiting Pakistani Foreign Minister Qureshi of China’s unwavering support for Pakistan’s sovereignty, territorial integrity and for its socio-economic development. Nevertheless, one point of deep concern that needs to be sorted out during follow up Strategic Dialogue with China remains the trade imbalance and loan payback (that in the first place should have been BOT based investment instead of a loan).