Quetta Gladiators, skippered by Sarfraz Ahmed, defeated Peshawar Zalmi comprehensively by eight wickets in the final to lift the coveted trophy of Pakistan Super League 2019 at packed National Stadium here on Sunday evening. Fast bowler Muhammad Hasnain’s 3-30 and Ahmad Shahzad’s unbeaten 59 played a crucial role in scripting a decisive victory for the two-time finalists. Chasing victory target of 139, Quetta raced home for the loss of two wickets in 17.5 overs. Despite Shane Watson’s run-out and Ahsan Ali’s soft dismissal by Wahab Riaz, the chase remained a walk in the park for Quetta. Shahzad scored a half-century, the only player to have done so in the match. Though his 50 came up at 15.1 overs with a single shot to mid-off, his innings was marked by explosive boundaries throughout. The partnership of Shahzad and Ahsan Ali (47 runs) did an admirable job in chasing the target with multiple boundaries to their credit. Watson was the first man to go down from the Quetta’s side after he was run out by Umar Amin at 2.4 overs. He scored 7 runs off 6 balls.

Earlier, the Quetta bowling attack restricted Peshawar to 138 for the loss of eight wickets. Quetta drew the first blood with timely wickets of Peshawar openers, Imamul Haq (3) and Kamran Akmal (21). Wicket-takers Muhammad Hasnain and Muhammad Nawaz forced Dareen Sammy’s team in defensive. Sohaib Maqsood (20), the middle-order batsman, contrary to expectations fell short to play a solid inning before leaving the crease after a soft dismissal on slow ball yorker. Umar Amin with his failed pull shot cut short his time at the field with 38 off 33 on Hasnain’s ball but his prized wicket was of Kieron Pollard (7). A wary Sammy (18) couldn’t deliver in the death overs of the game, while he chose not to give the strike to Wahab, he wasn’t able to connect the ball with his strikes either. DJ Bravo took two wickets while Fawad Ahmed and Nawaz picked one each. 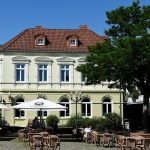