Pakistan calls for ‘responsible’ US pull-out from Afghanistan 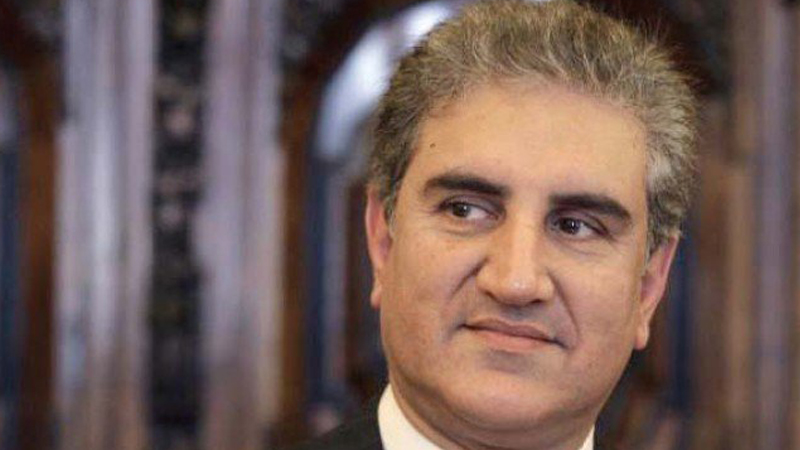 He was addressing a joint press conference with his German counterpart Heiko Maas, who arrived here earlier in the day to hold discussions on regional peace and situation in Afghanistan.

He said that Pakistan had been saying for long that Afghan issue could only be resolved through dialogue and “we are glad that now the world was acknowledging our version”.

He said a responsible withdrawal of troops would be in better interest of Pakistan as well as the regional countries.

The German foreign minister said that terrorism was a global challenge and Pakistan had taken a lot of steps in that regard.

“Pakistan is playing an important role in Afghanistan, being a responsible regional country also, we think that Afghan government has to be part of the process for a sustainable peace in the region,” he added.

“We feel that inclusion of Afghan government in every table talk is imperative.”

The German minister appreciated Prime Minister Imran Khan’s efforts for peace and reconciliation within the region particularly in regard to recent tension between India and Pakistan.

Maas said that Germany recognized that steps were being taken by Pakistan in deescalating the situation. “We believe that Kashmir requires immediate solution and both sides can contribute to resolve the long standing concerning situation in South Asia,” he added.

Mass said that India must improve situation in the occupied valley.

Foreign Minister Qureshi said that both sides discussed the opportunities for enhancing trade, economy and investment in Pakistan.

“The German investments coming to Pakistan are very encouraging. We also discussed the increasing interests of Pakistani students in German educational institutes and how both the Governments can provide assistance in visas process,” he added.

The visiting minister said that the decision of Prime Minister Imran Khan to release the captured Indian pilot had been noted positively by the international community. Welcoming the German foreign minister, the prime minister said that Pakistan attached high importance to its relations with Germany, which were characterized by shared democratic values and multifaceted cooperation.

He praised the leadership of German Chancellor Angela Merkel particularly her handling of the immigration crisis.

Stephen Lovegrove, permanent secretary at the Ministry Of Defence in United Kingdom, called on Chief of Army Staff General Qamar Javed Bajwa at the General Headquarters in Rawalpindi on Tuesday.

According to the Inter-Services Public Relations (ISPR), matters of mutual interest, including bilateral cooperation and overall regional security situation, were discussed during the meeting.

The development comes in the aftermath of Pakistan-India standoff, which intensified after the February 14 Pulwama attack followed by Pakistan Air Force shooting down two Indian fighter jets and capturing one of its pilot.