Something fishy: study alleges fraud in US seafood labeling 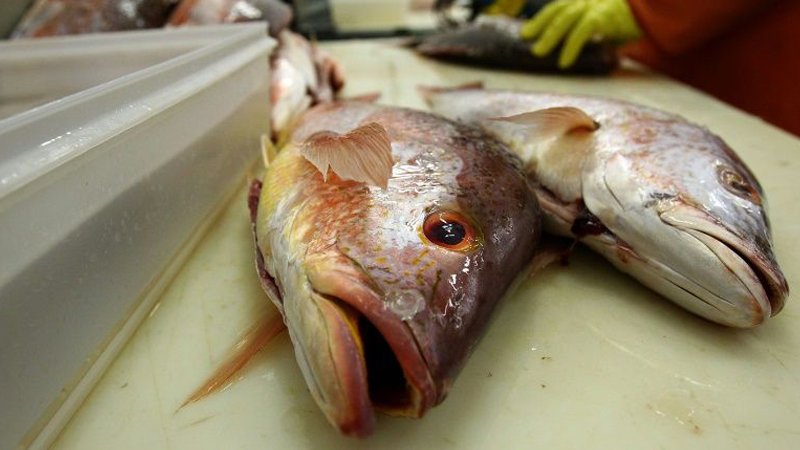 One in five fish sold in America may be mislabeled, according to a report Thursday by an NGO that tested samples from several hundred markets and restaurants and alleged fraud runs through the entire fisheries supply chain.

The NGO Oceana said it analyzed the DNA of 449 fish purchased from March to August 2018 in half of the US states and found that 94 were incorrectly labeled. That comes out to 21 percent.

Oceana said it looked at species which for the past year have not been covered by a limited tracing program implemented by US authorities. The tracing program covers species such as salmon, cod, blue crab and grouper, which a previous Oceana study had shown were also subject to a high level of mislabeling.

The study said that the more expensive the fish, the more often it is labeled incorrectly.

For instance, more than half of fish labeled as sea bass, which is a large category featuring 21 species, were really something else, said Oceana.

Sometimes it was actually palmetto bass or giant perch. Or in the case of one unnamed restaurant in Washington, DC, the fish was really Nile tilapia, which is much cheaper than sea bass.

Conservationists say this misinformation is important because naming fish properly is key to identifying ones that are in danger of extinction.

Many fish presented as Pacific or Alaskan halibut were actually Atlantic halibut, the stocks of which are endangered. The latter is on the red list of the International Union for the Conservation of Nature.

The same applies to Chilean sea bass, which are often sold simply as sea bass and are actually a large ocean species from cold southern or Antarctic waters and are being overfished, said Oceana.

‘Government needs to do more’

Restaurants and small shops including fishmongers commit more fraud than big supermarkets because the latter are subject to stricter rules on how they market fish imports.

“It’s clear that seafood fraud continues to be a problem in the US, and our government needs to do more to tackle this once and for all,” said Beth Lowell, Oceana’s deputy vice president of US campaigns.

The organization recommends establishing a rule that all fish sold in the US be traceable. Now, only 13 imported species are subject to this requirement.

It also wants to do away with generic categories such as sea bass, which covers widely different species that varying conservation rules.

“Many consumers want to know what species it is, where it was caught and what kind of gear was used to catch it, to make a sustainable choice,” Kimberly Warner, the report’s author and senior scientist at Oceana, told AFP.

Europe requires the area of provenance of any fish to be written on labels, which must indicate the exact species.

“It shows that it is possible,” Daniel Pauly, professor of fisheries at the University of British Columbia, told AFP.

The expert, who is a member of Oceana’s board of directors, also envisions a portable detector to identify fish by DNA.

The samples used in the Oceana study were analyzed by the Canadian Centre for DNA Barcoding at the University of Guelph. “Fish are easy to identify genetically,” said Pauly.

“If legislation required the identification of fish by their scientific name, it would create demand” for developing portable technology, he said.