Perspective of a common man on the Indo Pak conflict

By the grace of Allah, calmer heads have prevailed and we may have averted an annihilation of millions; so it may not be too insensitive to analyze the situation from the perspective of a commoner. We are in a different age today where the war machine is just one part of the puzzle – managing the narrative is a huge part of the equation. So in this article, I am simply presenting how the two sides put forth their narratives which were obviously for the consumption of 1.2 billion common folks – truth is secondary in this matter!

A very important dimension is that the two armies are those of poor countries and to imagine people going hungry to make sure that the aircraft has the required payload would not be out of place – but at the same time the majority of the population voluntarily accepts the cost to gain the needed security. So first question is if the people the two sides see a return on their investment.

On this end, an Indian citizen would have some difficult questions for their leadership. The final escalation was their prerogative, they chose the time and place so the first strike should have been well calculated and well executed. On this end what they saw was a hastily executed action when supposedly they themselves have better equipment. About the first strike there are only two possibilities – either they hit the target or they did not. If they hit the target then that questions their intelligence operatives because they obviously provided incorrect information. If they did not hit the correct target then it questions the weapon systems. Secondly the assets they used are questionable – the Indian citizens have invested so much and supposedly they have the capacity to hit while staying on their side of the LOC or used cruise missiles; so the need of crossing the border is also a question mark. So an Indian citizen would be disappointed on both accounts. 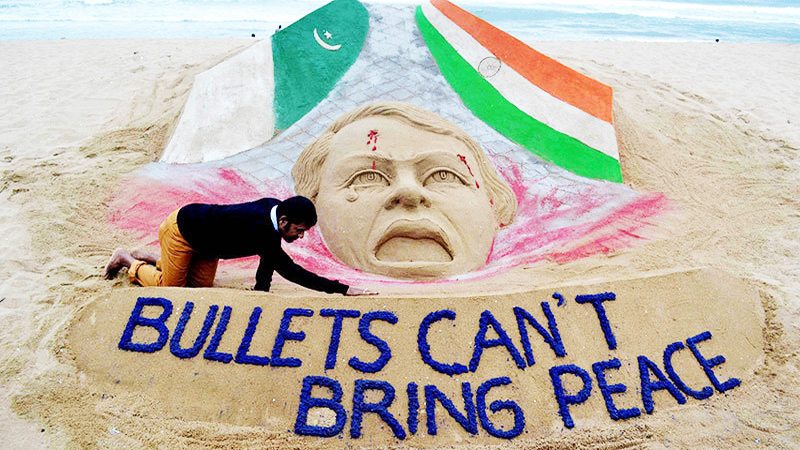 Then the next day; to send a 1970s plane against a modern aircraft is a question mark on the military planning and leadership. If during peacetime, in limited hostilities, India could not put the best foot forward what about during an escalation? So on this front just to know that Mig 21s were being sent against F16s (accord to India’s narrative) itself an indictment of the leadership.

Same questions would be asked by a Pakistani citizen as well where food is taken from an infant so that the aircraft can stay in the air. But as far as their view on their return of investment – I think they would be quite satisfied. They saw an extremely composed military leadership and all of their investment being utilized for what it was purchased for. And they also see that the narrative of a ‘mature miliary ‘ is supported by extremely composed and well-managed briefings where there was no sabre rattling.

Times have certainly changed and so has the domain of conflicts. They are more about managing the emotions and morale of the people and militaries are simply one piece on the chess board. Conflicts are not a game of Risk but a multi dimensional chess game where lack of equipment can be overcome by sound planning and controlling the narrative

In addition to this, of the two sides only ISPR seemed to know the year we are in! They were playing the narrative like they have rehearsed it a hundred times. They hijacked the narrative several times very cunningly. Right after the first strikes, they tweeted and immediately took control of the story. Then even when the POW was released, the prime minister took control of the story by interrupting the session in the parliament before India could put forth this as a demand. So all players were definitely on the same page while in India there were squabbling over trivial matters and lack of coherence when presenting their side. First they presented an unrealistic number of 300+ casualties and later on retracted it. Their insistence on F16s is most likely to put a narrative that Mig 21s are a potent threat to F16s because if that narrative is not pushed hard; Indians would obviously question the leadership. And if Migs are so good why are they so insistent on modernizing – they should just build 1000 Mig 21s rather than getting new aircrafts. For the foreseeable future only threat to them from Pakistan is in shape of F16s and JF17s; so why not simply establish superiority through these ‘amazing’ aircraft!

Times have certainly changed and so has the domain of conflicts. They are more about managing the emotions and morale of the people and militaries are simply one piece on the chess board. Conflicts are not a game of Risk but a multi dimensional chess game where lack of equipment can be overcome by sound planning and controlling the narrative. In this extremely limited escalation the Pakistani citizen would definitely see a good return on their investment but an Indian citizen would be disappointed. Disappointment is not with the likes of Wing Commander Abhinandan who put his life in danger inside a flying coffin when asked to do so – but with the leadership which seems to be ill prepared at all levels.

The author was a former community columnist with ‘Oshkosh Northwestern’