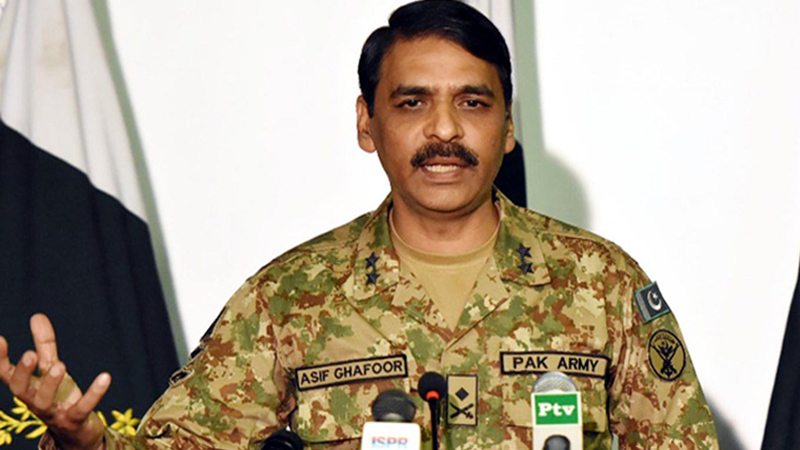 ISLAMABAD: Pakistan’s armed forces are on high alert along the Line of Control (LoC) and ready for any eventuality, Inter-Services Public Relations (ISPR) said on Thursday.

Contingents of Pakistan Army are on high alert along the LoC and prepared to deal with any Indian aggression, the ISPR said. Pakistan Air Force and Pakistan Navy are also fully alert, it added.

“During the last 48 hours, Indian troops have resorted to increased ceasefire violations in Kotli, Khuiratta and Tatta Pani sectors along LoC. Pakistan Army troops have been responding effectively,” the ISPR said. “India is continuously violating the ceasefire agreement,” it added.

“India’s deliberate firing on civilians resulted in the martyrdom of four citizens and injuries to two more,” the statement said. “Pakistan Army troops responded effectively to the violations and there were reports of casualties to Indian forces and damage to Indian posts,” it asserted.

In conclusion, the ISPR urged the Pakistani public to exercise caution in times of increasing disinformation, urging the people to ‘stay mindful of rumour mills and stay responsible in the use of social media.’

Tensions between Pakistan and India have heightened after New Delhi blamed Pakistan for the Pulwama attack without any proof. Prime Minister Imran Khan in response called for dialogue and urged India to provide actionable intelligence.

In New Delhi, top generals from the Indian air force, army and navy renewed claims that India had shot down a Pakistani F-16 jet. “We are fully prepared and in a heightened state of readiness to respond to any provocation from Pakistan,” said Indian Army’s Major General Surendra Singh Mahal at a press conference. He said ground-based air defence weapons had been ‘put on high alert’ along the Line of Control.

The top military officials also unveiled fragments from a missile they claimed matched the Pakistani F-16 fighter jet that purportedly crossed into Indian airspace and was ‘shot down’.

However, the press briefing by the Indian military officials appeared to be ‘an apology of the highest order, clueless and confused’. They had no answers to the questions of the journalists and even no proof of claimed damage in Balakot strike was presented. They could not provide any evidence of JeM camp and the alleged killing of 350 terrorists. In fact, the air force officer said he cannot comment on it.

Similarly no evidence of Pakistani F-16 which they claimed was shot down could be presented in the briefing.