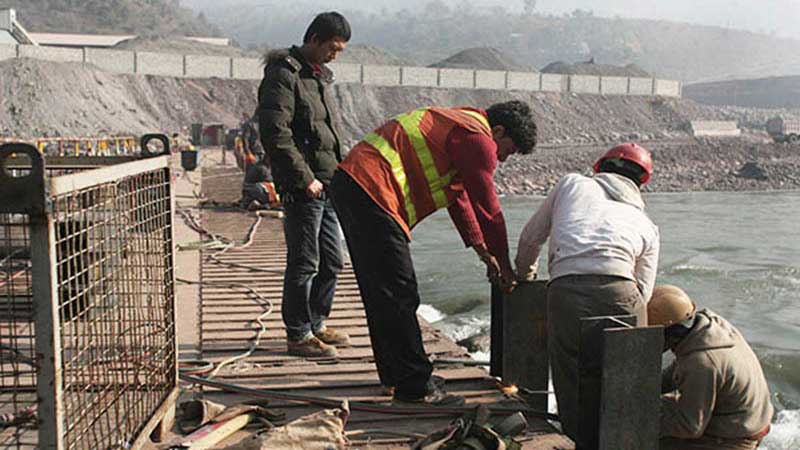 The AJK area has recently been swept by demonstrations and rallies appealing for “Saving River, Saving Muzaffarabad” against the unacceptable environmental issues in Muzaffarabad city caused by the diversion of Neelum River after recent commissioning of Neelum-Jhelum Hydropower Project (NJHP).

The KHPP is the largest hydropower project being implemented by Kohala Hydro Company (Pvt.) Ltd with the cost around US$ 2.7 billion. KHPP is being developed in private sector under BOOT model and it shall be transferred free of cost to AJ&K after 30 years.

According to the sources, for all its national importance and interests, a construction period of 6.5 years will provide thousands of job opportunities to local people, Water use charge and taxes will be a huge and steady income for GoAJ&K and an elaborate Community Investment Plan can certainly lead the way in nurturing a vibrant and thriving society?

CTG, the parent company of KHCL and a world leader in hydropower development possesses the most advanced scientific ecological concept in hydropower project design and development. The design is in compliance with international standards, and is dedicating itself to reducing the known environmental impact of all its projects to minimum by establishing effective environmental mitigation measures. The Environmental & Social Impact Assessment (ESIA) Study of KHPP and the associated minimum water flow called Ecological-Flow (E-Flow) assessment of 30 m3/s were carried out by KHCL in a transparent manner through a world renowned consultant, in consultation with all stakeholders.

It was also reviewed by PPIB and finally approved by Environmental Protection Agency (EPA) of GoAJ&K through an official NOC after holding two (02) widely-participated public hearings (one at Sarran and one at Barsala). It was also verified by International Finance Corporation (IFC) having highest international standards in this regard. Furthermore, KHPP has three features that merit attention. The E-Flow in Jehlum River is not less than 30 cubic m/s. Besides, the water flow is more than 30 m3/s in eight months out of the whole year after KHPP is completed. Second, the average water flow throughout the year shall be more than 68 m3/s. During summer time, there will be two days for flushing and discharging more than 1,000 m3/s to keep the river clean and pollution free.

The third one, with fewer residents living along Jhelum River than those along with Neelum River, a minimum E-Flow of 30 m3/s shall be good enough and sufficient to meet water supply requirements of Muzaffarabad city as well as dilution of municipal effluents drained by the city into the Jhelum River for the next more than fifty (50) years. Polls indicate that a large part of the residents of Muzaffarabad city are supporting KHPP for its providing various stimuli to the slow economy. In additional, the local people from villages Adam Seri, Sarran, Langla, Dhani Bakalan and Hattian Town have given their complete support to Kohala Project, hoping it will end poverty and bring prosperity in our areas.