Timing of the blame game 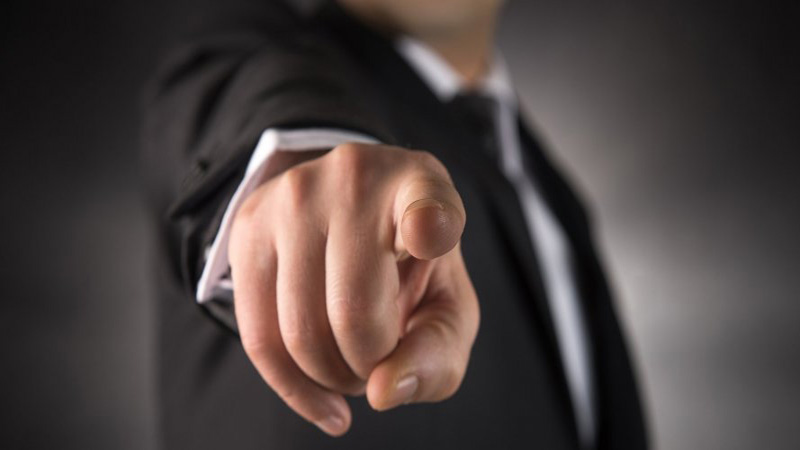 Within minutes of any terrorist act in India during the past two decades, Indian media and Government have always been quick to blame Pakistan. Such jumpy reactions were also seen while the bout between security personnel and terrorists was still in progress, no attacker had been captured or killed, and the troops involved understandably could not provide comments. Precisely the same pattern is being replicated after the Pulwama attack on the CRPF personnel. Is there a method to this chaos?

Let us consider why and how such a design became repetitive. To begin with, there is a clear contradiction in skill sets of the Indian intelligence agencies, who are very quick to ‘identify’ the perpetrators of attacks but have always miserably failed to ‘prevent’ them. In moments of national fervor, Indian media, intelligentsia or the government, never question the stark failure of the intelligence outfits regarding their basic role – of providing early warning. The follow up has similarly been problematic. For example, after several years, the professionally competent Indian intelligence outfits were unable to find the perpetrators of Samjhota train tragedy which killed dozens of Pakistanis. Likewise, even after 17 years, they have not been able to identify those responsible for killing of over 2000 Muslims in Gujrat in 2002.

One can recall similar themes in several examples where India was quick to capitalize upon the timing of an event that invariably matched a significant visit happening in Pakistan. Consider for example the following:

First, on 20th March 2000, 36 Sikhs were massacred in Chittissinghpura just before US President Bill Clinton’s visit to India and Pakistan. While Pakistan was severely criticized by all and sundry, years later it was revealed that the attack was orchestrated by India itself.

Second, on 13 December 2001, while USA was creating a coalition to punish Taliban government in Afghanistan, a terrorist attack took place on the Indian parliament. Incidentally, at the time of attack, all ministers and most of the parliamentarians had already left the building. A recollection of the videos aired by Indian media would remind the readers of smiling Indian police official in the midst of the fight. One wonders whether he was actually happy for the attack on the parliament, or simply amused by the drama being enacted and the role he was playing in it. India was quick to blame Pakistan which ultimately led to a ten month long military standoff. The fact that the coercive diplomacy failed miserably, is part of history now.

Third, on 23 March 2003, 24 people were slaughtered by terrorists wearing Indian Army uniform in Nadimarg in Indian Held Kashmir (IHK). The incident came in the wake of Pakistani President’s visit to Russia, which was expected to thaw the long spell of rather frozen bilateral relations. Yet again, after piling the blame on Pakistan, no proof was ever brought on record.

Fourth, a significant and more recent in the ‘opportune time’ series, was the Uri attack that came just ahead of the UN General Assembly session where Indian atrocities in the Indian Held Kashmir were expected to be discussed. Worried about his inability to handle the likely questions, Narendra Modi did not attend the meeting. Predictably within minutes of the attack, Pakistan was blamed for supporting terrorist activities in India.

Fifth, even prior to Uri attack, six armed men in Indian army fatigues attacked the air base at Pathankot. Very quickly, Indian leadership and media blamed Jaish-e-Mohammad (JeM) as well as Pakistan. The DG National Investigation Agency (NIA) and the Defence Minister in their media brief alleged Pakistan. However, same DG NIA later in an interview to CNN, admitted that there was no proof of Pakistani government’s involvement. It was too late and too little.

While it does not require rocket science to establish the beneficiary of these incidents, the timing reveals a pattern. Three strands are visible – whenever there is any positive diplomatic or political development between Pakistan and another state of vital importance; or the Indian government is under domestic pressure regarding its inability to deliver on its development promises; or if the international pressure starts mounting regarding the atrocities in IHK – a terrorist act takes place somewhere in India.

After such incidents, while Pakistan faces embarrassment, India gains on multiple fronts- attention diverts from the brutal handling in IHK, it also helps Indian establishment in shielding its own involvement in terrorist activities in Balochistan and FATA while satisfying the BJP’s extremists elements and the hawks in the establishment. The arrest of a serving Indian Naval officer in Baluchistan and his subsequent confessions are an unprecedented proof of Indian involvement in acts of terrorism in Pakistan.

Over the years, the Indian military and police have killed thousands of so called terrorists. Looking at the pattern of these encounters, one can see that several of them, with the exception of those involving military or other government installations, took place outside towns just before dawn, in which not a single person was ever captured alive. Interestingly, all alleged terrorists were said to be carrying identifying documents that tied them to Pakistan – passports, ID cards, receipts acquired in Pakistan, etc. No one has ever wondered why were they so naïve to carry identification all the time.

Pulwara attack may be a reaction to the brutal handling of the Modi regime in IHK, but the timing of it when the Saudi Crown Prince is on his way to visiting this region domestically, and the International Court of Justice is holding public hearing of the Yadav case suggest malafide intent. This also provides Indian government to walkaway from Kartarpur border talks. Additionally, Modi government badly needs stirring up anti Pakistan sentiment to hold its constituency for the forthcoming elections.

Indian leadership, intelligentsia and media must not forget that Pakistani nation is fully capable of defending against any aggression at any cost. But this is not an occasion of soul searching, not war mongering. India needs to understand the significance of maturity, restraint and cooperation. It must also understand that freedom movements can never be controlled by use of force, rather it adds fuel to the fire of an inherent desire of the Kashmiris to have a life of peace at their own terms.

The author is a retired Air Marshal of the PAF who served as Pakistan’s Air Adviser at New Delhi (2002-6). ashfaquearain@yahoo.com