* Operators at banned FIF ‘outlets’ express their feelings that the government and security apparatus are on their side
* Daily Times Investigation team visits the newly renamed kiosks, offices and fund collection centres of banned outfits, operating with impunity 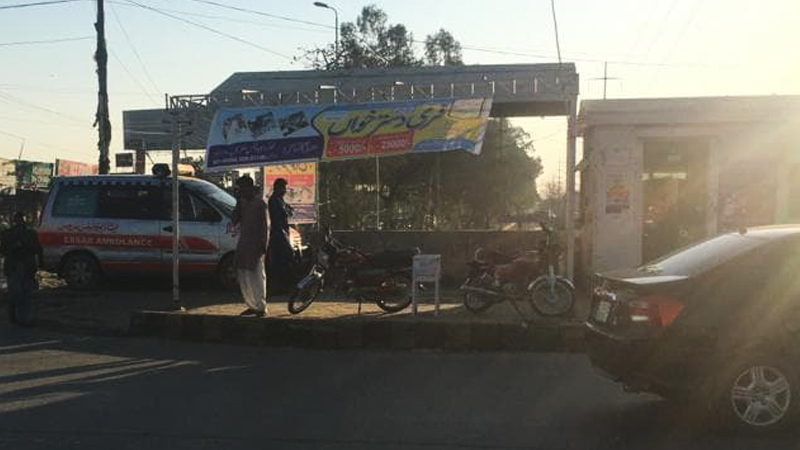 Despite the ban imposed on Hafiz Saeed’s Jamaat-ud-Dawa (JuD) and Falah-e-Insaniat Foundation (FIF) by the government, the same are operating throughout Pakistan using new names. These two organisations have recently been banned again, as a part of the government’s other initiatives to accelerate anti-terrorism operations and re-establish the writ of the state. JuD and FIF have existed in Pakistan with other names before, most prominently Lashkar-e-Taiba (LeT). Even today, they continue to operate merely by changing names.

Very few, publically visible offices of the FIF, which are mostly built as encroachments on footpaths and other public places, have actually been shut. At most locations, these ‘outlets’ have been rebranded and repackaged; the banners outside have changed but the faces inside are the same.

Daily Times Investigation team visited the newly renamed kiosks, offices and fund collection centres and spoke to the management running these banned ‘outlets’. The management of these illegally constructed ‘outlets’ had no qualms that they were all, indeed, working for Hafiz Saeed and only changed the name due to the government’s weakness against foreign pressure.

Some of the names that the proscribed organisation has now started using includes ‘Al Madina’ and ‘Aisar Foundation’. As these ‘outlets’ were observed during the last two days, many common people were seen visiting and donating money by putting cash in donation boxes built outside. The donations were collected in the name of helping, feeding or providing ambulance service to the poor and other ‘good things’. However, this blatant continuation of FIF operations despite a ban two days ago appears to show the weak resolve of the regime to practically crack down on extremist forces and strangle their funding. Meanwhile, the Financial Action Task Force is not completely satisfied and demands Pakistan to do more.

Some of the operators at rebranded banned FIF ‘outlets’ expressed their feelings that the government and security apparatus were on their side, but all the stakeholders (including FIF and Hafiz Saeed) were making a compromise for the time being. The operators also showed hope that as soon as the current pressure subsides, FIF name will reappear on banners placed on the donation sites. 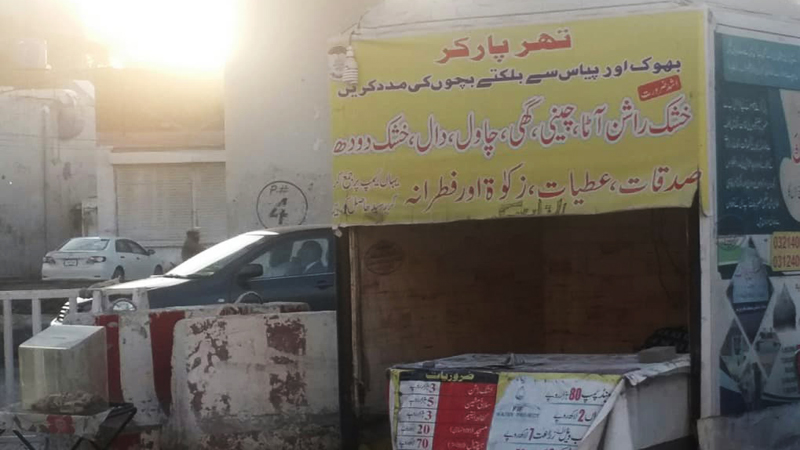 Till the filing of this report late Saturday, several FIF ‘outlets’ still carried the old name of the banned organisation. In a camp established outside the headquarters of JuD near Al Qadsia mosque at Chauburji, in Lahore, different packages for the donors are clearly mentioned by the FIF, without even hiding its name. The rate list for donation goes as high as 7 million rupees; cash donations keep coming in for them in plain sight.

When the operators of the banned ‘outlets’ were asked if they were facing any difficulties to continue the running of their operation after the ban, the smiled and said “we just have to change the name – again”.

It is yet to be seen whether authorities will practically shut down all operations of FIF and if this will include closure of the renamed ‘outlets’ of the banned outfit. For now, they are operating with complete impunity. The ground realities are not on the same page as the claims by the current government that previously banned extremist factions (JuD and FIF) remain re-banned in Pakistan. However, central spokesperson of JuD Yahya Mujahid appear to be on the same page of the government’s narrative about the imposition of ban. He told Daily Times correspondent that all the operations of FIF are at standstill after the ban imposed by the government. “We condemn the ban imposed by the government on JuD and FIF as the ban was imposed only due to the external pressure”.

The purpose of this Daily Times Investigation into the continued operation of Hafiz Saeed’s FIF is not to defame any person, authority or Pakistan itself. The sole purpose is to highlight the fact that mere eyewash and optics will never be enough to tackle the dangerous elephant in the room: banned extremist outfits. Half-witted action against banned extremist factions also undermines the sacrifice rendered by the security forces’ personnel and the common people of Pakistan. Daily Times Investigation includes damning video, pictorial evidence and interviews of the operational management of these outlets, which can be made available to any court of law, if needed. Daily Times reserves the rights to upload a few or all of these videos on its website, www/dailytimes.com.pk after clearance from its editorial and legal board.