Beware of your increasing zoosadism!

Social fragmentation leads to the prevalence of tribal moral dynamics. An individual or a group of individuals in such a society tend to engage in the tribal morality based on the struggle for survival, and this very struggle for survival forces them to develop brutal and violent traits. So, in the whole fabric of a society; power and vengeance become the currency of everyday life.

What do we see around us? An all-encompassing manifestation of power and violent behaviour, from top to bottom, triggered by insecurity, frustration, anger, and a perceived sense of deprivation. Even the people at the helm of affairs are in the same state of mind, despite the fact that they themselves are responsible for all the prevailing negativity.

Each and every one of us seems to have the God-given right to intimidate others and to exert his control over the relatively weaker persons. As the weakest and voiceless daughters and sons of Mother Nature, animals have been easy targets of our savagery. Even the most humble of us feel free to exert their control over them in a violent and brutal manner. We torture them, often just for fun, so much so, some of us try to satiate our sexual desire with pets and cattle.

The tendency to derive pleasure from torturing and abusing animals is termed as Zoosadism. It is part of a set of three behaviors that are considered a precursor to psychopathic behavior. Some studies have revealed that individuals who are cruel to animals are more likely to be violent to their fellow humans as well. In this regard, a survey of psychiatry patients suggests that patients who indulged in repeated incidences of torturing dogs, cats and other small animals found all of them having a high level of aggression against humans as well.

The donkey is unquestioningly one of the most ill-fated animals dwelling in this land. It is often used to demonstrate our hate towards the US, Israel, India and other states. On such occasions, the poor animal has to pay the price for something beyond its perception

Apart from a few who really care for their pets, we, generally, are apathetic towards animals. We also habitually turn a blind eye to the safety and well-being of our neighbours with whom we share the same series of myths and memories, the same heritage and the same cycle of life.

People working with animals suggest that cruelty to animals can take many forms. Apart from intentional cruelty, it also includes neglecting the welfare of animals under control, torturing an animal, killing an animal brutally, failing to provide adequate food, shelter, health facilities and appropriate living conditions.

Contrary to this, what we observe in our daily life is not only pathetic but enough to prove that we have become less-humane. We often witness the plight of donkeys and horses, the beasts of burden, carrying a load beyond their capacity and being beaten mercilessly by their masters, but none of us raises our voice for them. Similarly, we watch children throwing stones at dogs and teasing other small animals just to amuse themselves, but we never bother to interfere. 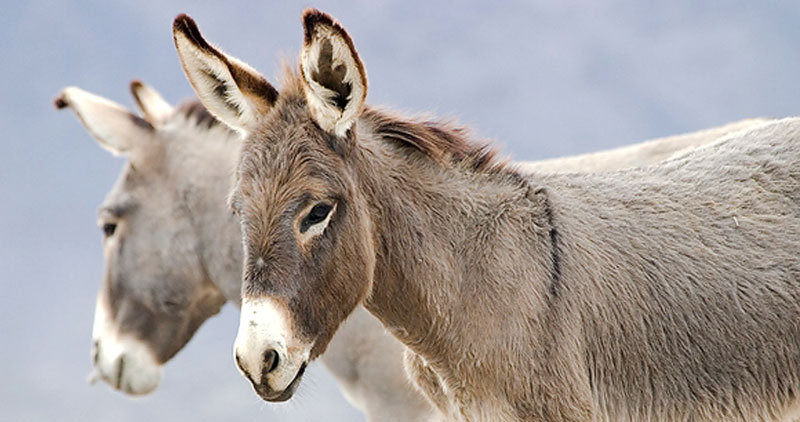 Here, in Pakistan, we passionately call for the culling of stray dogs and the authorities, otherwise failing to provide civil amenities to the citizens, respond to it with fervor in the name of controlling their population through brutal and senseless methods like poisoning. The civilised world has adopted more civilized methods like neutering and spaying, and provides them shelter and appropriate living conditions too.

Our zoosadism often resurfaces when we want to settle our score with any of our rivals. Then, imagining a dog or a donkey to be the said person, we unleash hell on the poor animal. Some unfortunate incidents came to light during the previous general election, while in a provincial constituency PS-78, the aspirants of the present regime wrote the name of the Pakistan Muslim League-Nawaz Chief on a donkey and tortured it mercilessly. The poor animal eventually succumbed to its wounds. In retaliation, youth supporting the aggrieved party plastered a dog with posters of a rival party and paraded the innocent creature and shot it in cold blood. Their are several more incidents like this one.

The donkey is unquestioningly one of the most ill-fated animals dwelling in this land. It is often used to demonstrate our hate towards the US, Israel, India and other states. On such occasions, the poor animal has to pay the price for something beyond its perception.

The advocates of animal rights often quote Schopenhauer, saying “The assumption that animals are without rights and the illusion that our treatment of them has no moral significance is a positively outrageous example of crudity and barbarity. Universal compassion is the only guarantee of morality.” What the wise man was trying to teach us is that our non-human neighbors, who provide food to us, amuse us, and share the burden of life with us are not just lifeless statuettes, they are sentient beings capable of having emotions and feeling very similar to us; they feel pain, love, happiness and much more.

But, we will remain oblivious to these words of wisdom, even religious teachings emphasising the ‘Hussn -e-salook’ (condescension) with the animals have failed to evoke humanity in us.

OK, but where is the state, by the way?

The well-being of animals is a provincial issue in Pakistan, and the provinces have just one forgotten law – the Prevention of Cruelty to Animals Act – passed in 1890, under which maltreatment of any domestic or captured animals is a punishable act.

Presently, Punjab is the only province in the country where the Society for Prevention of Cruelty to Animals (SPCA) exists under the said act, though with scarce financial and human resources. The society fines, albeit nominally, animal abusers for maltreating animals. However, it doesn’t have a mechanism to vaccinate and neuter stray dogs and the official way to check the stray dog population is to kill them. Interestingly, the 1890 act was never updated to be effective for all kind of animals.

So, Punjab is the one place in the whole country where the silent cries of the wretched souls might be heard to some extent and the rest of the country is free to do whatever they want to do with animals.

The well-being of animals is directly linked with our own well-being, as they are our partners in the development process. So, if not on humane grounds, then at least for our own betterments sake, we have to change ourselves at the core of our hearts.

It’s late now, but probably not too late.

Muhammd Atif Aleem is a Fiction Writer, based in Rawalpindi