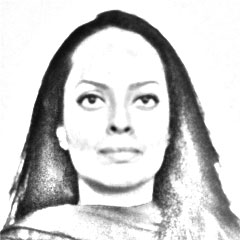 The state of Pakistan is a dystopian transformation from a noun to a verb. Ostensibly formed to protect the rights of people purportedly subsumed under the colonial and later Congress rule, the state as a noun was sloughed off to adopt the transitive verb.

Citizens of the newly formed transitive verb state were required to remain in obeisance in exchange for their residence permit. Questioning the terms of reference of the transitive verb state was not acknowledged as a justifiable right of the people whose consent was more a matter of theoretical validation than practical consideration.

Representation became an appointment by the administrators of the state. Resistance to the prescribed exposition of citizenry was a disquieting factor constantly consuming the transitive verb state till a strategy was conjured up to subvert people’s statutory rights into perceived threats to the security of the state. Undoubtedly, some people mattered to the state, but others held an exchangeable currency value.

Representation became an appointment by the administrators of the state. Resistance to the prescribed exposition of citizenry was a disquieting factor constantly consuming the transitive verb state till a strategy was conjured up to subvert people’s statutory rights into perceived threats to the security of the state. Undoubtedly, some people mattered to the state, but others held an exchangeable currency value

So what happens when a state sheds off its layer of upholding the paramountcy of theoretically consecrated fundamental rights and consistently contravenes its Constitution? What are the repercussions of a problematic state departing from its essence of identity into an entity militating against its constituents? An inevitable demographic uprising attends to realign and compel the principals driving the state to execute the rhetoric deed of independence.

From the vertex of the cabalistic Himalayan range in the North to the base in the South reclining on the shores of the Arabian Sea, that rhetoric wrapped in constitutional legality stands breached, time in and time out. Each time a catechisation is demanded by the people into the state’s role as a perpetrator, it unbolts its trove of charge sheet to ensure the demise of dissent.

The inventory of suspicion and distrust rolled out against the Pukhtun Tahafuz Movement (PTM) reaffirms the essentiality of the transitive verb state compromising its locus standi against the movement demanding availability of political space to rescind its transactional value. Its pigeonholed parliamentary visibility is restricted to Mohsin Dawar and Ali Wazir, both elected to the National Assembly in 2018 general elections as independent candidates from the tribal belt of North Waziristan and South Waziristan. In the Senate, the solitary diatribe of Usman Kakar belonging to the Pakhtunkhwa Milli Awami Party (PkMAP) struggles to validate PTM’s political space. The rest are criminally silent!

All the benchmarks of representational inclusive democracy are razed in both the houses of parliament where debate revolves around chastening the appointed government in office or serenading the sacrifice of party heads. The grievances of FATA, Khyber Pakhtunkhwa, Balochistan and Gilgit-Baltistan are never a point of order for the government, the opposition or other politically mandated parties.

As PTM gained mammoth following last year, an article in a leading English daily was published (April 15, 2018) probably intending to throw a spanner to reduce the latitude of its impact. The writer states that, “The state need not get too concerned by the PTM. It is not a classical Pashtun nationalist movement. The generation now heavily invested in PTM is asking some valid questions from the state but, at the same time, it is also questioning the image that was imposed on their ethnic community and then accepted and glorified by their elders – and, eventually exploited by cynical forces – mostly in the name of Islam and ‘Pashtun pride….”

They were not glorified by their elders who had strictly brought them up to comply with the Pukhtunwali Code, a more than 5000 years old commitment to observe and honour specific canons of life. The Pukhtun were simply following their belief and a catalogue of ethics defining their public and private sphere.

What is ironic is how the Pashtun history and their intrinsic characteristics become eminently noble when rallying support to defend the transitive verb state’s ideological frontiers. But when that same valour and bravery turns into an autogenous demand to audit their loss of self determination, those eminent features are deemed stereotypes exacting no less than state suppression. The cynicism does not lie in exploitation by ‘cynical forces’, it rests in undermining their past heroism into contemporary subversion against the transitive verb state.

If the Pashtun are undergoing an identity crisis to sustain their imposed identity and stereotype, is Baba Jan, from Gilgit-Baltistan serving a life time and Mehar Sattar, a farm tenant in Okara, sentenced to 10 years by the Anti Terrorism Court, also experiencing an identity trauma?

Unless the functionality of the transitive verb state is problematised, the federating units will atomise to reassert their anterior identity consigning democracy to theoretical scholarship only.

The author is a freelance journalist and a gender specialist