When Punjab was ruled by Ranjit Singh

* Punjab had obviously become an extremely prosperous state in 1839, after 40 years of exertion by the Maharaja to unify, fortify, pacify and develop it for the benefit of its inhabitants 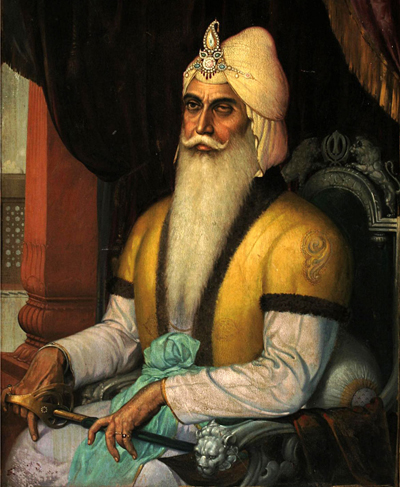 Dr Nadhra Shahbaz Khan’s remarkable study and publication The Samadhi of Maharaja Ranjit Singh in Lahore – a Summation of Sikh Architectural & Decorative Practices, concerns a significant monument that exemplifies the last vestiges of an indigenous Sikh art and craftsmanship.

Her study is particularly commendable because of her great mastery in keeping in mind the whole of the structure, while observing with an extreme precision the evolution of every details of the building, showing how it is connected to the architectural heritage of northern India and delineating its evolution, be it originally Hinduist, Buddhist, even Indo-Greek or Islamic, with obvious traces of European influence for the last part of its completion.

Punjab had obviously become an extremely prosperous state in 1839, after 40 years of exertion by the Maharaja to unify it, fortify it, pacify it and develop it for the benefit of its c. 15 million inhabitants. A little-known, but very informative report of Claude Martine Wade on The Trade of Punjab and Kashmir, dated 1832, shows the great level of prosperity reached by the State at the top of Ranjit Singh’s reign. He started to implement this task right after his entry to Lahore in 1799. But he could achieve it with a greater degree of efficiency after the arrival at Lahore in 1822 of Generals Allard, Ventura, Court and Avitabile, who created for him the Fauj-i-khas: an elite unit used as a deterrent towards external threats and the security of the Punjab borders, of course, but also as a powerful tool for assuring communal harmony and political integration among the multitude of feudal authorities that had to be reduced to obedience all over the territory.

Development of agriculture and amelioration of the peasant condition were among the foremost preoccupations of Ranjit. We could demonstrate some decades ago that a large expansion of the irrigation network and the recovering of agricultural land reached such a peak, by the 1830s, that only the big canals developed later on by the British were able to improve it much more, and turn Punjab into the granary it became for Northern India in late 19th century.

We have several evidence of peasant populations migrating from British India into Ranjit’s territories in the 1830. 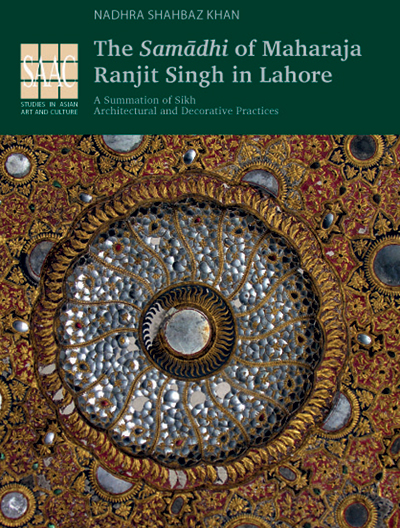 In this context, it is interesting to say a few words on Ranjit’s policy towards Kashmir. Soon after its integration to Punjab in 1819, Ranjit’s effort to help the weavers of Kashmiri shawls with low duties and dispatches of shawls towards Bombay and Europe is well explained in Wade’s report of 1832, showing how the EIC was taking the “Lion’s share” of that trade at Mumbai through the taxes it levied on the shawls reaching that city. The French officers of Ranjit had an important part to play in the reviving and the evolution of the trade, up to the point that Frank Ames’ two books on The Kashmiri shall and its French influence are a landmark in underlining a definitely Sikh influence on the creative mind of the weavers. Frank’s discovery on how the boat-shaped bier of Ranjit described by Honigberger was reproduced on shawls all along the reign of Maharaja Gulab Singh. A renewed study concerning arts and crafts in the Punjab kingdom is necessary, a study similar to the one done by Dr Nadhra Khan considering Punjab architecture.

Another impact of the prosperity of the country is the development of copying manuscripts and miniature paintings in the kingdom. Our own studies on Imam Bakhsh Lahori, in the service of Generals Allard, Ventura and Court, and the studies conducted by Dr Barbara Schmitz led to the rediscovery of a Lahori School of Arts whose origin we can trace at least from the time Emperor Akbar sojourned in Lahore. This art was not confined to Lahore, nor did it stop at the death of the Maharaja. In 2017, I treated the question of “Art and Culture in the Punjab Kingdom and the Sikh States, cis- and trans-Sutlej”, while studying the Kapany Collection at San Francisco. Just as it is the case for the shawls and the book production in Lahore, the road is open for renewed considerations on that most interesting subject.

Development of agriculture and amelioration of the peasant conditions were among the foremost preoccupations of Ranjit. We could demonstrate some decades ago that a large expansion of the irrigation network and the recovering of agricultural land reached such a peak by the 1830s

Dr Khan is right when she specifies that besides the rare surviving monuments directly erected in Punjab under the personal supervision or the more distant directives of the Maharaja, we know more about Ranjit’s interest in renovating cities and developing gardens in his kingdom through the numerous references given by Suri in his Umdatut-Tawarikh. Another rich documentation on that period is Ganesh Das’sCharBagh-i-Punjab, which shows doab after doab the revival not only of the big cities of the country, but also the much smaller ones with identification of their monuments, old and new, as well as listing their most eminent inhabitants. This description shows particularly how the population expanded again outside the limits of the ramparts where it had shrunk all along the 18th Century, because of internal strife and foreign invasions. 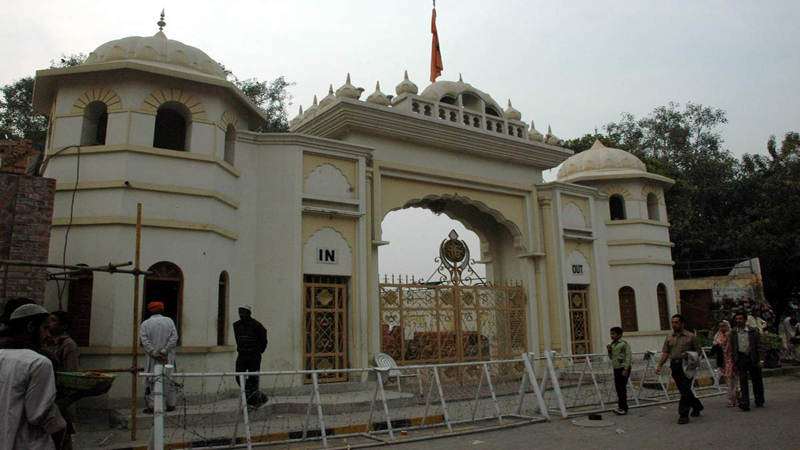 That the Punjab was incredibly rich was also proudly proclaimed by the British officers directly in charge of preparing the annexation of the country. Right after the occupation of Lahore in 1846, they launched a large survey of the country’s resources. And in the first report of the Punjab administration covering the years 1849-50 and 1850-51, there is in fine a crucial paragraph showing the net financial results of the Annexation: Rs 5,200,000 to Rs 6,400,000 equivalent to £1.160.000. The report also says that the Jalandhar Doab and the Cis-Sutlej territories annexed in 1846 already provided the State with Rs 8,400,000, while the sale of Kashmir to Raja Gulab Singh in 1846 brought Rs 7,500,000 in the coffers of the East India Company: an amount of money put at the disposal of the governor general for imperial purposes. One finds slightly disturbing that the same governor general, as mentioned in Dr Khan’s book, refused in 1849 to grant the Rs 15,127 and 8 annas requested by Colonel Napier for completing the samadhi of Maharaja Ranjit Singh.

To conclude Dr Nadhra Shahbaz Khan’s magisterial study contributes significantly to a better understanding of the 50 years when an independent and almost unified Punjab was ruled by Ranjit Singh and his successors. She asks several times the question we all ask ourselves through the documentation we have: Why all these achievements of Ranjit Singh, in all the comprehensive unity of his external and internal policies, were so completely distorted, even discredited, by his political successors from 1849 till practically today? Let’s see how future research will reply to the question. As it is, Dr Nadhra Khan’s work finds its place among recent studies and publications showing the original contribution of the Punjabis, under Sikh rule, to the culture and architecture of the country. I might tell you that her book is already greatly interesting the specialists of the period and of course the Punjabis and the Sikhs, in the United Kingdom, Canada and the United States, where so many brilliant young men and women develop a growing interest to the history and culture of Punjab during this fascinating period.

The writer is an author and a researcher