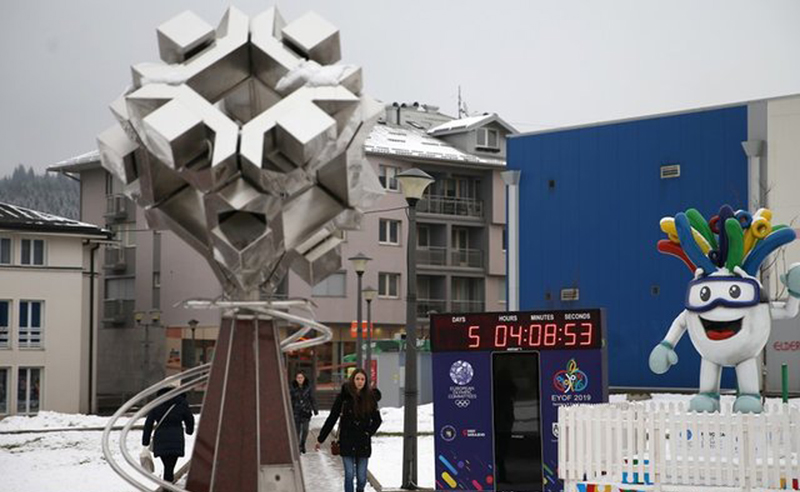 The Olympic spirit is back in Sarajevo after rival Bosnian ethnic elites set aside their differences to host the largest sport event in the country since the 1984 Winter Olympics and war of the 1990s.

The Winter European Youth Olympic Festival will open in Sarajevo on Sunday and close a week later in East Sarajevo, a former Serb-run suburb that has become a separate city, in a show of cooperation between the two former foes whose border was a wartime frontline. Achieving that cooperation was not easy. Sarajevo belongs to the Bosniak-Croat Federation and East Sarajevo belongs to the Serb Republic, which are two autonomous regions of Bosnia carved along ethnic lines during the 1992-95 war in which 100,000 died. The two cities missed out on staging the multi-event games in 2017 due to a lack of support from Bosnia’s multiple governments after winning the race to stage it in 2012.

But two young mayors were keen to promote their cities as winter sports and tourist destinations and threaded their way through the bear traps of daily politics to turn the youth winter festival into reality. “Was it easy? No. Have we had obstructions? Yes, every day. But the final result is that the project is happening and that we have succeeded in bringing together all levels of government, the two cities and citizens around it,” Sarajevo Mayor Abdulah Skaka, a 35-year-old Muslim Bosniak, told Reuters.

His East Sarajevo counterpart, Mayor Nenad Vukovic, 40, a Serb, said: “We are no longer in the trenches of the 1990s, we have overcome that … Just leave politics out and we will cooperate well on projects of joint interest in sport and tourism.” Bosnian Serb nationalist leader Milorad Dodik, chairman of Bosnia’s three-man inter-ethnic presidency, will officially open the event at which 1,700 young athletes will compete in eight winter sports at arenas around the two cities. The Olympics have a special place in hearts of many Sarajevans who still remember the glory of the 1984 Winter Games that were organised for the first time in a Communist country – then former Yugoslavia.

“I hope and wish that new kids experience that same feeling which I had back then,” said Sladjan Catic, 67, who worked in a media centre during the 1984 Games. The event bills itself a gateway to Olympics, with many medallists going on to win medals at a Games. It gives top young European athletes a first taste of an Olympic-style event. “I’ve always wondered how it was for our parents during the Olympics, and wished to be part of that,” said Emina Zolota, 17, who is one among 1,000 event volunteers. “We cannot wait for delegations to come so we can show them how beautiful Bosnia is and that we are indeed together here.”