When Aima and Maya rocked the house! 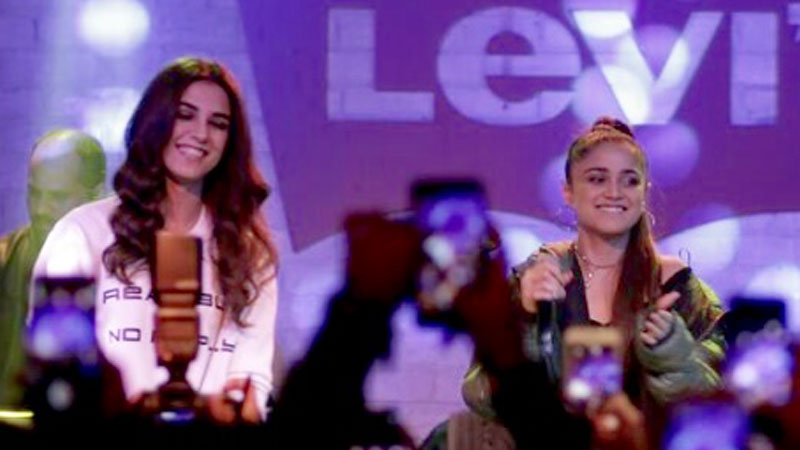 The night opened with Jibran Raheel singing “Jhoota Pyar” with his soulful voice doing complete justice to the covers and originals that followed.

With the audience grooving to his tunes, a flash mob gathered and danced to a mash-up of Pakistani tunes including Humayun’s single “Mur ke dekho” and Uzair Jaswal’s “Sajna”.

The flashmob was choreographed by Qasim Ali and Hira Asim. The choreography by the duo was professional, in sync and coordinated.

After Raheel’s performance, Aima Baig came on stage singing her famous hits and some Western tracks, proving to the audience yet again why she has become a superstar in such a short span of time. Her energy was infectious, her voice flawless and when she belted out her hit single “Item number” actress Maya Khan who was attending Levi’s Live joined her on stage at that moment and danced along.

Singer Danyal Zafar who was also present at Levi’s Live sang a duet with Baig.