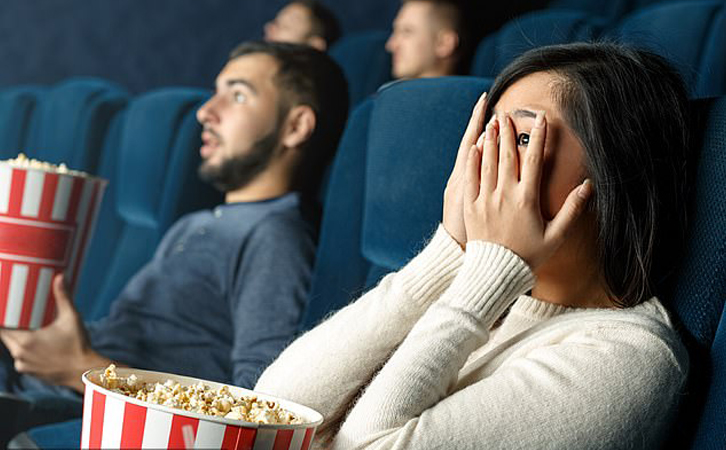 Violent action films don’t cause more violence among teenagers, according to a new study that claims there is no link between rises in crime and onscreen acts.

Researchers cross-referenced films that depicted violence and crime rates and found no evidence that violence in society was caused by PG-13 rated movies.

The findings come just days Britain’s ratings body ruled that under-15s would no longer be able to see films that depict rape and other sexual violence.

It had been thought that violent scenes in movies and TV were becoming increasingly gruesome.

There has been widespread speculation that each generation of viewers become desensitised to onscreen violence which, in turn, fuels crime and murder.

A new study looking at the on screen depiction of guns and gun crime rates found no effect on violence in society by PG-13 rated movies, equivalent to the UK’s 12A.

The British Board of Film Classification (BBFC) surveyed more than 10,000 people and found it to be among parents’ main concerns.

Professor, of Psychology Christopher Ferguson at Stetson University in DeLand, Florida, who conducted the new research, says the public health threat of violent movies may be ‘difficult to substantiate.’

He said: ‘Some parents could become desensitised to violence in PG-13 rated movies and, if so, were more likely to bring their children to see such movies, particularly when gun violence appeared to be justified.

‘The worry that violence in films cause horrific acts of violence is certainly not new.

‘For example, media scholars previously argued that violent portrayals in cinema seem to encourage copycat killings and even that the apparent rise in school shootings coincides with increases in violent films.’

Scholars have even claimed that 10 per cent of violence in society can be attributed to the impact of violent media.

‘Perhaps not surprisingly politicians, the media, and laypersons often grasp onto such statements and assume researchers have actually found a link between violent films and horrific acts of violence,’ Professor Ferguson said.

‘However claims about the actual public health threat of violent movies may be difficult to substantiate.’

‘This is because PG-13 rated movies may be considered particularly marketable as action-oriented fun but without the graphicness that parents may consider inappropriate for younger children.

‘This had been called a ‘ratings creep’. However, whether it is an actual problem for public health remains unknown; that’s the research gap we aimed to fill in this study.’

He hypothesised that years in which films were more violent would also exhibit higher rates of violent crime, and that a rise in gun violence depicted in PG-13-rated movies would be associated with changes in gun related homicides.

They examined any link between a rise in violence and gun use in PG-13-rated movies with levels of gun related homicide, homicide and aggravated assault in US society.

It looked at data on PG-13-rated movies collected by other researchers during previous research and crime rates from The FBI and other organisations from 1985 to 2015.

Professor Ferguson said: ‘Our analysis of data on violent crime and depictions of violence in PG-13-rated movies shows no evidence of a public health concern.

‘Thus, the ‘low hanging fruit’ argument that suggests parents should reduce their children’s exposure to violent movies as a simple way of reducing exposure to risk factors for crime, may cause more harm than good.