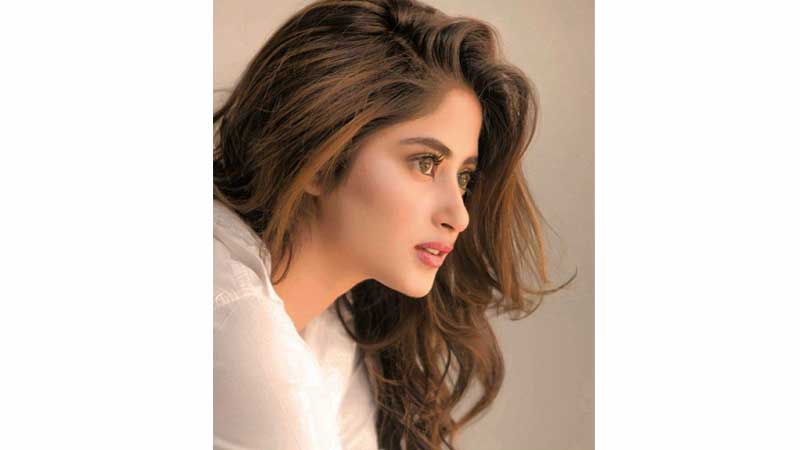 The versatile actress, Sajal Aly, turned 25 on Thursday. We wish the ‘Mom’ actress a happy birthday and to mark the occasion will be highlighting her best performances in a remarkable career. Sajal is noted for playing many roles in a variety of serials. Her first marked screen appearance was in 2009 (‘Nadaaniyan’) and the actress has been outstanding in portraying, contemporary as well as romantic roles. Sajal has worked with various top TV channels of the country and was lauded for her performance in the 2017 Indian film, ‘Mom’ where she starred opposite the late Sridevi. She was also praised for her work in the Pakistani film ‘Zindagi Kitni Haseen Hai’ in 2016. Following are Sajal’s most inspiring dramas roles:

Momina Duraid’s production, ‘Aangan’ is currently being aired on HUM TV. The drama is based on Khadija Mastoor’s literary novel of the same name. ‘Aangan’ stars Sajal Aly as Chammi, Ahad Raza Mir as Jamil, and Mawra Hocane as Aaliya. The first few episodes introduced us to a grand haveli inhabited by a wealthy Muslim family.

This upcoming drama has been produced by Samina Humayun Saeed and Sana Shahnawaz. To make fans get into and anticipatory mood, the content writer is none other than Umera Ahmed and is directed by Haseeb Hassan. The title song has been composed by Shuja Haider who’s Baaghi won hearts all over the country. The drama will present the concept of spirituality. ‘Alif’ is Sajal’s second mega-project after ‘Aangan’.

‘Yaqeen Ka Safar’ was one of Pakistan’s most popular dramas. Each episode was a rollercoaster of emotions, leaving the audience at the edge of their seats, curious to know what would happen next. Each episode of the drama was a success. It is hard to come up with just one reason to explain the popularity of this incredible story.

‘Yaqeen Ka Safar’ was one of Pakistan’s most popular dramas. Each episode was a rollercoaster of emotions, leaving the audience on the edge of their seats, curious to know what would happen next

‘Gul-e-Rana’ was a novel based drama that depicted the love-hate relationship of Adeel (Feroze Khan) and ‘Gul-e-Rana’ (Sajjal Aly). The major twist in last few episodes of the serial was when Adeel who was projected as a villain throughout the serial, sobered down and became an ideal protector of ‘Gul-e-Rana’. The climax of the drama seemed slightly contrasting -‘Gul-e-Rana’ starts with a negative tone but ends on a positive indication.

Pakistani drama series, ‘Chup Raho’ was aired on ARY Digital. It was a commercial drama in terms of ratings. The series was directed by Yasir Nawa and was written by Samira Fazal and produced by Six Sigma Entertainment. It starred Sajal Ali, Syed Jibran, Yasir Nawaz, Arjumand Rahim and Feroze Khan in leading roles.