This is how Europe can defeat populists in 2019

The collapse of Europe’s once-dominant socialist political parties has been apparent for years, and it continued in 2018. By now, however, the left has the information it needs to pull out of its nosedive. It just has to start using it.

The crushing defeats of 2017 “the near-death experience of the Socialist Party in France, the deflation of the Social Democrats in Germany and the Labour Party in the Netherlands, the shrinking of the entire left wing in the Czech Republic”- apparently weren’t enough of a wake-up call. The defeated parties haven’t regained popularity, and some, like the German Social Democrats, have slid further down in the polls. The centre-left collapsed in the Italian election, letting two populist parties take the reins. In Sweden, the Social Democrat-led government saw diminished support in an inconclusive election and is unable to keep governing. In the UK, the Labour Party was unable to wrest power from the squabbling, poorly led Tories, largely because it is itself divided on major issues such as Brexit and the desirable degree of wealth redistribution. Far away in Brazil, the Workers’ Party lost the presidential election.

Just five European Union countries are still ruled by centre-left or leftist governments “Greece, Slovakia, Malta, Portugal and Spain. Only Spain’s Socialists won power in 2018, and not in an election but rather in an unusual parliamentary coup. In Greece, the leftist bloc Syriza will probably lose power this year, and in Spain, centre-right parties are better positioned than the Socialists for the next election, whenever it comes. In the 2019 European Parliament election, the Progressive Alliance of Socialists and Democrats”- the centre-left umbrella party “is projected to be the biggest loser, and while the more modern and more radical European United Left-Nordic Green Left is expected to gain a few seats, that won’t be nearly enough to help the entire leftist spectrum recoup its losses.”

How the left got lost

There are three accepted explanations for this litany of woe. One, popular among leftists themselves, is that the traditional parties took a wrong turn somewhere. In his 2017 book, Wrong Turnings: How the Left Got Lost, the British economist and business professor Geoffrey Hodgson argues that, after making compromises with capitalism since the 1950s, the socialist and labour parties have failed to offer a “persuasive, feasible and democratic alternative to capitalism” after the 2008 global financial crisis. 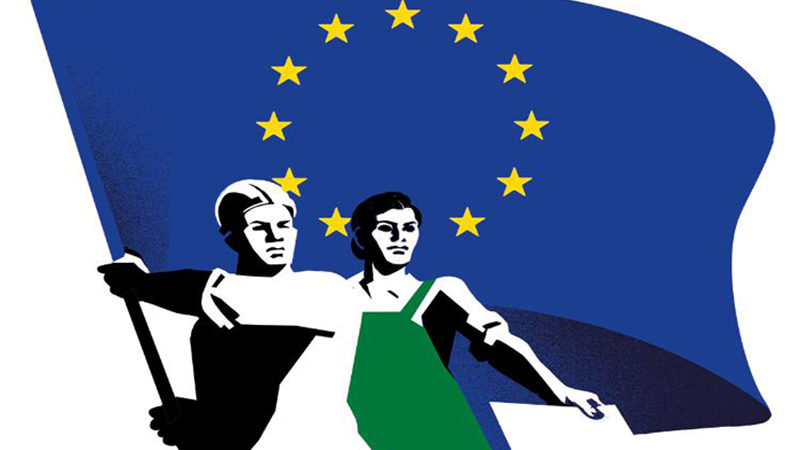 Another view has to do with the changing class structure of society. Its proponents argue that the old working class is gone, taking with it the traditional base of the leftist parties united by class consciousness and by the institutions that supported it, from labour unions to choral societies and women’s clubs. The third concept is more radical than the first two. It posits a collapse of the entire traditional left-right paradigm, describing it as too simplistic for today’s complex matrix of factors affecting political preferences. The ideological divides that used to match class lines have also shifted: For example, though the supporters of Le Pen were as unlikely to be wealthy as those of Melenchon, the nationalist’s voters weren’t particularly interested in redistribution. The three explanations of the traditional left’s demise approach the same problem from different angles. The structure of society has changed for a number of reasons: broader access to education, deindustrialisation, migratory flows, the success of social policies pursued by the same leftist parties that are suffering now at the polls. The toolbox for measuring societal divides, as well as for exploiting them for political purposes, has improved dramatically with the rise of data science and social networks.

How the left could rise

The survival of the traditional left in the Western world is important. It has a proven record of making societies fairer, holding back imperial impulses, shortening wars. It has been a useful counterbalance to the natural inclination of the traditional right to support big business, the military and law-enforcement machines. The traditional left doesn’t have to give up these important roles. What it requires is clarity on three issues: Whom it stands for, what it stands for and how to communicate the ideas.

The new potential support base includes diverse groups. Three of these are government employees who believe in the positive mission of the state; creative classes and intellectuals who stand for freedom, diversity and a massive role for educational institutions; a precarious working class that feels ill-treated by a system rigged in favour of the rich. All of them share an interest in one thing: fairness. Parties led by young leaders, such as the Dutch Green Left’s 32-year-old Jesse Klaver, have been good at communicating specific ideas to diverse target groups on social media. So far, traditional leftist parties have largely left this field to populists, who find the social networks a convenient tool for spreading divisive messages. But nothing is preventing the left from taking the war to them in a way that helps them win elections. Traditional, offline networks “those unions and choral societies” are no match for Facebook, Twitter and YouTube, and leftist parties have been too slow to realise this.

This time of desperation for the traditional left is a time for bold alliances, primarily with the Greens, and for clear ideas promoted cleverly with specific target groups in mind. The leftist parties should seize the opportunity to learn and experiment rather than wait for the old support levels to come back. They won’t. If this opportunity is missed, the Western world is in for years of conservative or fractured governments trying to fight or appease leaderless movements like the ‘yellow vests’, which they don’t really understand. That prospect alone should give believers in the leftist ideal of fairness an itch to get their act together.