Will renewed US pressure bring Iranian regime into line?

I am writing this from Irbil in the Kurdistan Region of Iraq.

In the last few days, I have spoken to senior Kurds, ordinary Kurds, Iraqi Kurds, Turkish Kurds, Iranian Kurds, Sunni, Shiite, Christian, and Yazidi Kurds – and traveled widely through this stunningly beautiful land, up to Alqosh, Dohuk and back through Amedi.

The air is clear. At Fishkhabour on the Tigris, you stand at the junction of three countries. Drive east and you can see the snow on the mountain tops across the borders of Turkey and Iran. The shops and markets are full of Turkish and Iranian goods and agricultural products. The same Turkish trucks I used to see here and in Syria still grind down the highways from the north. People talk fondly about completing their education in Iran or sending their children to do so.

Geography is destiny. Turkey inevitably remains a constant factor, as we have recently seen again with the decision by the authorities in Sulaimaniyah to close the offices there of Tavgari Azadi, which is closely aligned with the Kurdistan Workers’ Party (PKK), and general concern about Turkish intentions in Syria. The Turkish army has been striking PKK positions in the mountains north of Dohuk – and more recently also in Sinjar and Makhmour – with impunity. But, even more than when I left Baghdad in 2011, you feel the weight of Iran.

The Iranian missile strikes on sites belonging to two Iranian Kurdish groups in Koya, between Irbil and Sulaimaniyah, about which I recently wrote, were clearly designed to send messages – to the Kurdistan Regional Government (KRG), to the US, to Israel and to Iranian Kurds who seek change. There are signs that the messages have been received. Iranian Kurds in the KRG – even those who advocate peaceful political change – now find it difficult to meet diplomats.

In Israel, the IDF has redoubled its efforts, through Operation Northern Shield, to complicate Hezbollah’s preparations for the next conflict by seeking out and destroying its tunnels under the border. It also continues, though at a slower pace, air strikes on what it claims are Islamic Revolutionary Guard Corps (IRGC) or Hezbollah targets within Syria itself.

US Secretary of State Mike Pompeo is again making strong statements about Iran’s ballistic missile program. But Iran seems undeterred and Qassem Soleimani remains the indispensable arbiter of Iraqi politics and security. Former Iraqi Prime Minister Haider Abadi has complained that he only lost the last elections because Iran turned against him. In contrast, the new president and prime minister of Iraq go out of their way to say how important good relations with Tehran are to them – and by implication to Irbil and Sulaimaniyah too. Hadi Al-Ameri, the leader of the biggest and most effective Shiite militia in Iraq, has been ever franker in public about the help Iran gives him and his counterparts in the Iran-aligned Al

Hashd Al-Shaabi – as have Hezbollah and increasingly Hamas. It is no longer uncommon to find pictures of Ayatollah Ali Khamenei prominently displayed in Iraqi government offices.

In Syria in the meantime, and in spite of official denials from the Iranian government, Iran continues the measured consolidation of its presence and its power, mirroring the equally measured strategy it followed in Iraq after 2003. As in Iraq, it seems to be shaping the demographics of particularly sensitive areas to protect the land routes to Lebanon and the Mediterranean that people used to say didn’t exist. More widely, it continues at very little cost to exploit the conflict in Yemen. And, in spite of its own 40-year record of assassinations, judicial killings and “deaths in custody” (including in December the social media activist Vahid Sayadi Nasiri), Iran has been the main beneficiary (ahead of Turkey and Qatar) of the entirely justified outrage that followed the murder of Jamal Khashoggi in Istanbul.

It is true that Iran has its own domestic problems. The economy was sluggish even before the US withdrawal from the Joint Comprehensive Plan of Action (JCPOA) in May. There were popular protests this time last year and, since then, inflation has risen and there are increasing shortages of basic goods. There is severe pressure on the country’s water resources, as rainfall declines and water capture, distribution and usage continue to be inefficiently managed. There is particular discontent in peripheral areas like Khuzestan, which has seen renewed unrest this year, including from Ahvaz militants, and Sistan and Baluchistan Province, where attacks by small Salafi insurgent groups have increased. Most recently, Ansar Al-Furqan launched a suicide attack on a police station in Chabahar, which the government has been planning to develop with Indian support as a port to rival Pakistan’s Gwadar across the border (which also suffers from its own security problems).

The reimposition in November of US sanctions on Iran’s oil and finance sectors, combined with pressure on other countries to comply, will undoubtedly have a further significant impact. Already we have seen oil exports fall sharply. This will cause significant damage, not least to the reputation of President Hassan Rouhani and his team, who staked much of their reputation on promises of economic development following the signing of the JCPOA in 2015.

The question is not so much whether Iran will also at some point denounce the JCPOA and resume its nuclear program – including clandestine weapons development – but whether renewed US pressure will stop the Iranian regime doing what it is doing in the wider region and indeed lead to its overthrow.

There are some who think there is a chance it will. There are even some who claim that Reza Pahlavi, the son of the late shah, is a credible figure around whom those who oppose the Islamic Republic can rally while we wait for its inevitable collapse. This is almost certainly wishful thinking. There is very little sign that the renewed pressure piled on the Islamic Republic will cause it to collapse or indeed persuade those millions of Iranians who wish it would change into something better to do something to accelerate this process. Most Iranians are too young to remember the shah. Even if they did, his era was far from a golden age for most people. And the lessons of the region since 2011 – for everyone, not just Arabs – are that revolutions destroy and external intervention complicates.

Iran has been through worse times – in the 1980s, for example, or under President Mahmoud Ahmadinejad – and the regime has stayed cohesive even when it has lost political popularity at home. The core of this cohesion is the IRGC and the indoctrinated zealots of the clerical-Basij complex that the supreme leader has expanded through massive funding programs over the past 30 years. If Rouhani falls, they will be the beneficiaries, not the royalists.

More generally, Iran has shown a determination, resilience and capacity for strategic patience unmatched by any of its rivals since 1979. We tend to focus on Iran’s balancing of its conventional military weakness through the development of a highly sophisticated and effective system of mosaic defense and asymmetric force projection – reflected in the delegation of operational authority down to field commanders and the sustained construction and support of proxy militias like Lebanese Hezbollah, Badr, Asa’ib Ahl Al-Haq, Harakat Al-Nujaba and so forth. The Houthis may one day come to be seen as something similar. But equally important is what I call Iran’s asymmetric diplomacy. Through figures like Soleimani and a highly cohesive network of closely connected and often IRGC-linked ambassadors and other military-diplomatic envoys, they have, over the past 40 years, built a capacity to shape the economic and security politics of their most important neighbors, Syria, Lebanon and Iraq, in ways that no one else can. 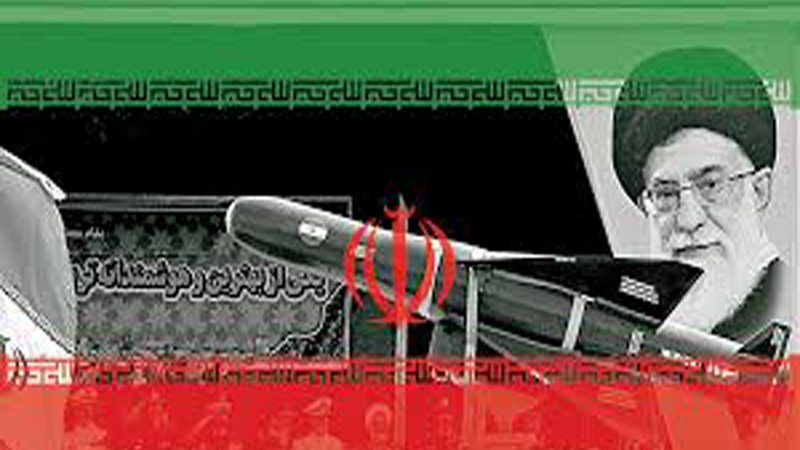 At a time when many Western countries – including the US and UK but significantly not Russia – have weakened their own diplomatic capacities, perhaps foolishly believing those who argue that the future is digital and liberal democracy its own advert, Iran has shown the enduring power of analogue diplomacy, personal relationships, long-term obligations, material inducements, credible intimidation, deliverable military threats and religio-cultural penetration. It is destabilizing, impressive and an object lesson in strategic patience.

This is not going to stop, not least if we continue to deceive ourselves that we are having a serious impact in Syria (even though the US says it will pull out sooner or later), in Iraq (where we parrot the same old story about a change in the political leadership portending a change for the better on the ground) and in Lebanon (where Hezbollah is making it impossible for a weakened Saad Hariri to form a Cabinet without further humiliation). Meanwhile, we underplay Iran’s periodic provocations in the waters of the Gulf, its ballistic missile development and its repeated attempts to launch terror attacks in Europe and the US, most recently on a Mojahedin-e Khalq rally in Paris. Europe’s response? To suggest a non-US dollar clearance mechanism to avoid US financial sanctions on European firms.

And so 2019 will be like the last year, only more so; just as 2018 was like the previous year, only more so. This will continue until a real war erupts again in Syria and Lebanon, involving Israel, Iran’s proxies and perhaps Iran itself, as well as Hamas (which is stepping up its attempts to undermine the Palestinian Authority by sponsoring violence in the West Bank) adding its pennyworth. I keep reading how this won’t happen because no one wants it to happen; the same comforting delusion that always precedes major wars. Neither Hezbollah nor Israel wanted war in 2006 but it still happened. And I’m not at all persuaded that Iran wouldn’t in fact welcome a three-front war somewhere far from its borders that will weaken (it thinks) Israel and embarrass the Arab states that oppose it.

The real answer is a renewed effort by the US, the key European states, Saudi Arabia and the UAE to develop a shared understanding of the Iranian challenge and agree on what common action is both desirable and possible. This should include a satisfactory and sustainable settlement of the war in Yemen that restores order, contains the Houthis, excludes Iran and deprives Al-Qaeda of the opportunity to make mischief. Also needed are real and properly enforced red lines to prevent the illegal Iranian supply of missiles, other materiel and training to its regional proxies; support through the Iraqi government for the physical reconstruction of Mosul, Tikrit, the Nineveh Plains and other key areas that will otherwise provide a base for a resurgence of Daesh (which is already happening), and proper relief for refugees; and a more sophisticated and sustained outreach to those inside Iran who want to help their region flourish rather than undermine its security and understand that this can only happen through change from within. We all need to start behaving more like adults, of course. But I’d love it if we could see at least some of that happen in 2019.