10,000 plus security officials on high-alert for New Year’s eve

* As many as 10,000 police officers and officials including additional contingents of Dolphin Squads and Police Response Units will perform duty on New Year's night 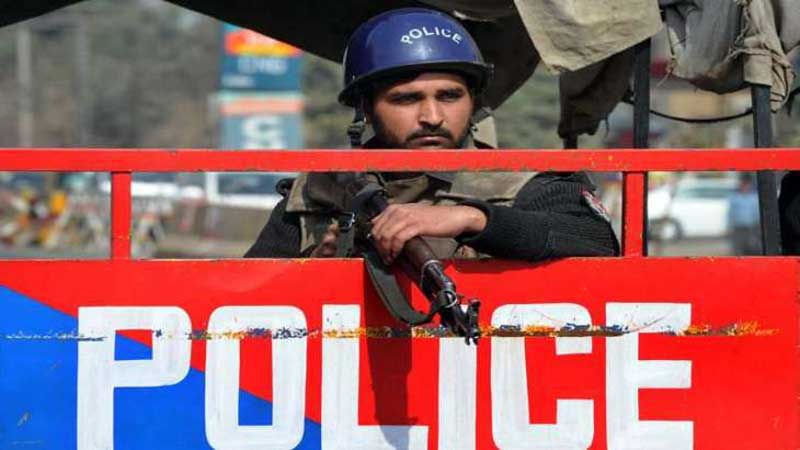 LAHORE: City police has finalised a security plan for New Year’s eve which falls today (Monday) and would depute more than 10,000 police officials across the city.

Deputy Inspector General Operations Muhammad Waqas Nazir said that on New Year’s night, no one will be allowed to get involved in any kind of anti social activity or hooliganism including aerial firing, one wheeling and use of fire arms to ensure law and order in the metropolis. City police will strictly deal with those violating the law and creating trouble for citizens. He directed the police officials to adopt foolproof security measures and remain high alert for ensuring peaceful atmosphere on this eve.

According to the security plan devised by city police, as many as 10 thousand Police officers and officials including additional contingents of Dolphin Squads and Police Response Units will perform duty on New Year’s Night.

DIG Operations directed all divisional SPs and DSPs to personally visit all the important areas in their respective jurisdictions particularly important public places and adopt stringent security measures in their own supervision. He added that door knocking has already been started to take surety bonds from the last years accused having previous record of such hooliganism based anti social activities.

He said that all the routes will be scanned and monitored continuously and Dolphin Squads along with Police Response Units will ensure effective patrolling around all the important roads, shopping areas, parks and recreational places of the city. Additional contingents of Police will also be deployed at different parks and main recreational points of the city, identified by Lahore Police where majority of people gather on New Year’s Night to cope with any untoward situation.

The Divisional SPs have directed to ascertain advance information regarding possible events being conducted in their areas on New Year and, in case of contravention of law, strict action would be ensured. He asserted that no immoral or illegal activity would be tolerated, as no person is above the law. He further pointed out that no one would be spared who would indulge in hooliganism, bothering others or indulging in dangerous driving, while no one would be allowed display of arms of any kind.

He said that special squads have been formulated to check hooliganism and motorcycles without silencer, vehicle racing and overloading on New Year night, especially at important roads including Mall Road, Jail Road, Main Boulevard, Ferozpur Road and other places.

City police will ensure checking of every suspicious person including bikes and vehicles at Entry and Exit points of the city. He directed the citizens, being civilized nation strictly follow the traffic rules and avoid from aerial firing, one wheeling and fire arms as they could cause danger to lives of others. The purpose of these security arrangements is to ensure safety of life and property of the citizens along with maintaining law and order situation on New Year’s Night, he concluded.

He added that instead of these five emergency squads had been formed to take over in any emergency situation. He also advised circle officers that they would appoint the traffic wardens by identifying the roads where one-wheeling and motor racing held. He said that at New Year night CTP would take action and will registered case under section 279 PPC against one wheeling, over speeding and driving car in dangerous limit and the vehicles would be handed over to relevant police stations.