#MeToo’s winds blowing to the East 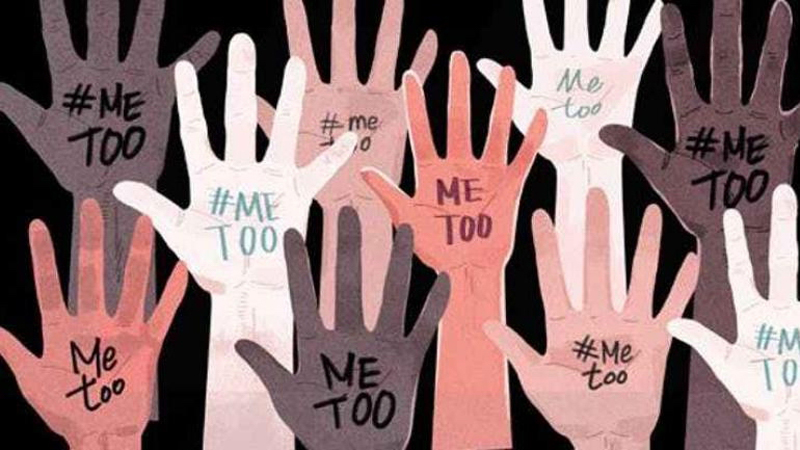 It’s been a while that the campaign #MeToo has taken the world by storm, where millions of people including celebrities and politicians are coming out and sharing their experiences regarding sexual harassment. This movement has left a mark on the world- it has incorporated fear in the minds of those who choose harassment to get what they want. It makes me happy to say that as of now, regardless of how powerful, rich or influential, people live with the fear of getting called out for their disgusting acts.

That being said, it is essential to first be fully aware of its terminology. The campaign initially started when allegations of sexual harassment and rape against Harvey Weinstein were first reported. This played its part as the first domino to fall of many accusations and allegations. Our favourite stars such as Jennifer Lawrence, Kangana Ranaut, Salma Hayek, Meesha Shafi, Shia LeBeouf, Terry Crews and many more have also opened up and shared their experiences of sexual harassment. This movement is part of a bigger thing- a virtual platform where people gather the courage to share the cruelty they faced and call people out on what they did.

It was only a matter of time before the wind blew to the east. Countries like Pakistan and India have had the issue of sexual harassment since forever. However due to our culture, societal and family norms and values; we been raised in such a way that we choose to stay quiet rather than speak up

To shine light on what falls in the category of MeToo- this movement revolves around rape, sexual assault and sexual harassment of all kinds. While the terms rape and sexual assault are pretty much self-explanatory, the term sexual harassment is not clear to many of us. Sexual harassment in its truest form is compulsion or bullying of a sexual nature. It can be classified as the uninvited promise of favours in return for sexual benefits. It can happen in numerous situations and places such as offices, schools, colleges, factories, or the acting and music industry. However, to clear any doubts, being physically intimate with someone willingly or offering sexual favours in order to gain personal benefits does not count as sexual harassment – that falls under the category of consent. There is really a fine line – consent, which differentiates flirting from harassment.

It was only a matter of time before the wind blew to the east. Countries like Pakistan and India have had the issue of sexual harassment since forever. However due to our culture, societal and family norms and values; we been raised in such a way that we choose to stay quiet rather than speak up. The phrase “log kia kahaingey” and “hamari izzat kharab hojayegi” are the most common ones used to shut the victims up from speaking. However, observing the MeToo campaign and what it is capable of, we have now learnt that such acts cannot be tolerated and that need to be made public information.

In addition to this, we never had clear laws for sexual harassment until the last decade. The only way one could be legally prosecuted for sexual harassment was through Section 509(i) of the Pakistan Penal Code (PPC) 1860 which was based on “intending to insult the modesty of any woman”. This law was extremely subjective and vague and was misinterpreted by crooked lawyers as a loophole to get their clients off the hook. Not only did this deny the victim of justice, but it also lowered the morale of other victims.

The #MeToo campaign is a platform which is liberating men and women to raise their voices, which they were previously too afraid of doing

However, in 2010, Pakistan not only enacted a new law “The Protection against Harassment of Women at Workplace Act” but also made amendments in Section 509(i) of PPC. This law clearly defines sexual harassment and has also raised the maximum punishment for the perpetrator, ranging from up to three years’ in prison or a penalty up to PKR 500,000. As far as the workplace is concerned, all firms regardless of being local or international have made strict policies in their HR departments to tackle this issue. This should be enough reason for anyone to speak up if they have been harassed.

The #MeToo campaign is a platform which is liberating men and women to raise their voices, which they were previously too afraid of doing. However, where there is good, there is always evil. Being accused of sexual harassment has serious outcomes and repercussions- once public information, the accusations which may or may not be true may hold tremendous potential to leave a life-long stain on the reputation of the accused along with legal action and work repercussions. Therefore, it is absolutely necessary that people should not use this as a tool for revenge, bad blood, or any other personal benefits.