Over 13,000 students participated in first ever Laar Science Festival 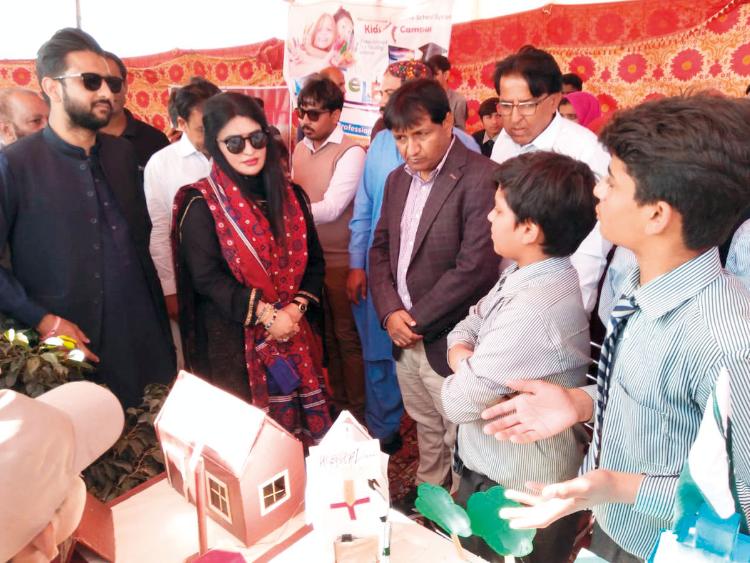 More than 13,000 students from over 50 regional schools and colleges participated in the two-day festival at Thatta’s Sports Complex.

During the two the festival Minister of Education Syed Sardar Ali Shah and Information and Technology Minister Nawab Taimur Talpur applauded Thar Education Alliance for their valuable contribution in science orientation and encouraged Laar Science Festival organizers to spread their waves around for possible change.

The science fest promoted a culture of inquiry and hands-on learning in Science, Technology, Engineering, Arts, and Mathematics (STEAM) subjects. With their vibrant scientific models and stimulating explanations, students from the historical city of Thatta, in Sindh province, not only displayed their talent but also fascinated visitors at the first ever Laar Science Festival.

Participants of the festival said that the high level of participation by the students was a clear indication of their interest in utilising everyday science to work towards solving issues in their towns and cities.

Organised by Thar Education Alliance (TEA), Campaignistan, and Laar Education Campaign, Shell Pakistan, Pakistan Alliance for Math and Sceince, Child Rise with the support of District Government of Thatta, the festival reached rural students who would not typically have the chance to attend science and technology events.

“We started this journey (of organising science festivals) from Tharparkar back in February 2018, and continuing this campaign for quality education in Pakistan” remarked Partab Shivani, CEO Thar Education Alliance and organiser of the event.

The theme of the event was ‘climate change’ to raise awareness on the issue as Pakistan has been ranked 7th on the list of climate vulnerable countries. To raise public awareness on the effects of climate change, the event was held in Sindh province, which is vulnerable to increased intensity of extreme weather events such as frequent floods and droughts.

“The festival in my hometown Thatta has enhanced my interest in science and encouraged me to work on solutions to climate change and aware the people of Laar on the issue,” Memom said.

After explaining the phenomenon and impact of global warming, she asked the visitors, “If it is not the time to talk about climate change, then when will be the right time?”

Speakers at the festival said math and science education were critical in developing the cognitive skills in children as nations have used math and science to empower their citizens with higher incomes, and to help grow their economies.

Shell Pakistan participated in Laar Science Festival and awarded the top 3 winners of the Science & Mathematics Assessment and Science Festival. Habib Haider, Manager External Relations stated that high participation of students from the interior areas of Southern Sindh is encouraging and presents an opportunity for hidden talents to be highlighted.

STEM is Shell’s global program which seeks to enthuse and empower young people and Shell plans to expand this program to new countries in which Shell operates in 2018, Habib added.

On behalf of Innovation and Entrepreneurship Center (IEC) and Mehran University, ‘I would like to congratulate Thar Allaince and its team for arranging such type of event, promoting innovation, science and technology.’ Mehran University always welcomes this kind of event and participates unanimously.

Jamel Memon congratulated Thar Education Alliance for organizing Laar Science Festival. He added that Pakistan is technologically and scientifically under developed. There is low investment from private sector in research and development and the existing philanthropic activities are not focusing on interventions in science and technology. By joining hands together, we all can make better Pakistan.

At the end, laptop and tablets for the winners were supported by Shell Pakistan where as T-Shirts to the volunteers were given by SMEDA.