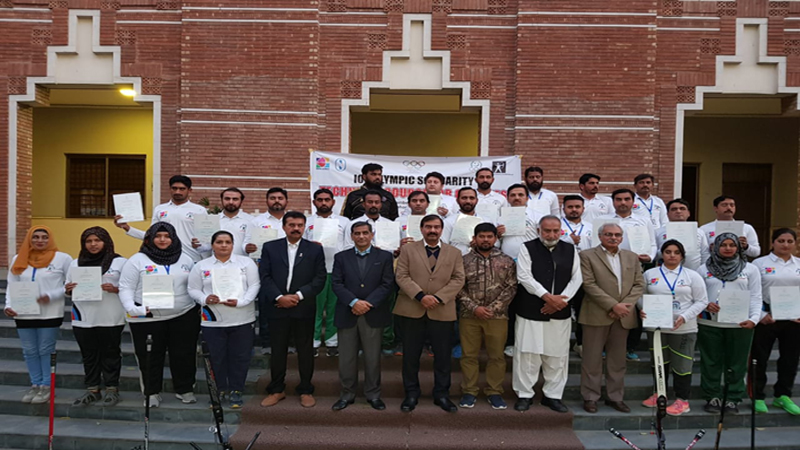 Feedback and views of the participants were sought one by one. The participants stated that they had learnt a lot from the experts and showed their keen interest in organisation of such more courses in future. Muhammad Khalid Mahmood, POA Secretary General, Wisal Muhammad, Secretary General of the Pakistan Archery Federation, Manzar Shah, President of the Punjab Archery Association and Course Director, Tariq Wahid Khan, Honourary Director of National Olympic Academy of NOC Pakistan were also present on the occasion.

POA Secretary General Muhammad Khalid Mahmood expressed his special thanks to the World Archery Federation, Ministry of Interior, Ministry of Foreign Affairs, Govt of Pakistan and Pakistan High Commission in Dhaka for visa facilitation in favour of the World Archery Federation International Expert. The chief guest awarded participation certificates to the coaches of the course and presented the souvenir to Mohammad Ziaul Hoque.