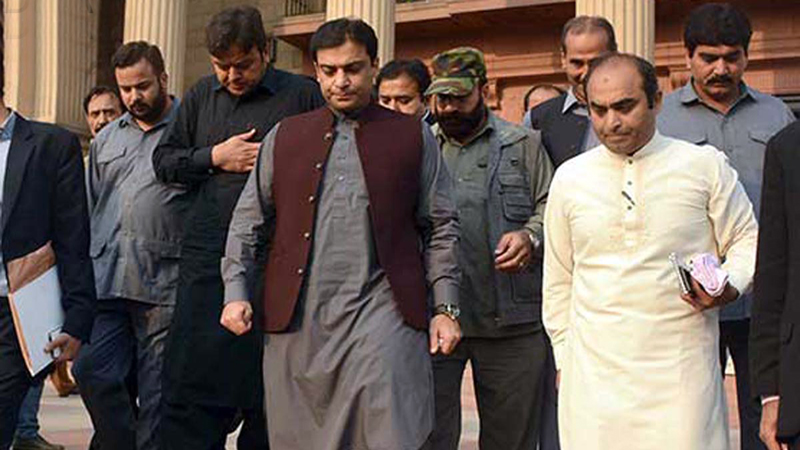 The Federal Investigation Agency on Tuesday barred Leader of the Opposition in the Punjab Assembly Hamza Shehbaz from flying to London.

The son of Pakistan Muslim League-Nawaz (PML-) President Shehbaz Sharif said, “When I reached the immigration counter, I was told that my name is on the black list.”

“I am not wanted in the ongoing National Accountability Bureau (NAB) inquiry,” he added. Hamza was scheduled to depart for London via a private airline to meet his brother. Last month, the anti-corruption watchdog had requested the Ministry of Interior to place Hamza and his brother, Salman, on the Exit Control List (ECL).

In a letter to the Ministry of Interior, the NAB stated that Hamza and Salman were under investigation. Hamza and Salman are facing a NAB inquiry related to the construction of a bridge in Chiniot, which allegedly facilitated Ramzan Sugar Mills owned by the Sharif family. The bureau claimed that a sum of Rs 200 million was paid from the national exchequer for the construction of the bridge. Hamza is also facing an inquiry into the Saaf Pani Company case for presiding over some meetings of the board of directors and allegedly issuing orders regarding the award of contracts. NAB claimed Hamza was not even a member of the board at the time.