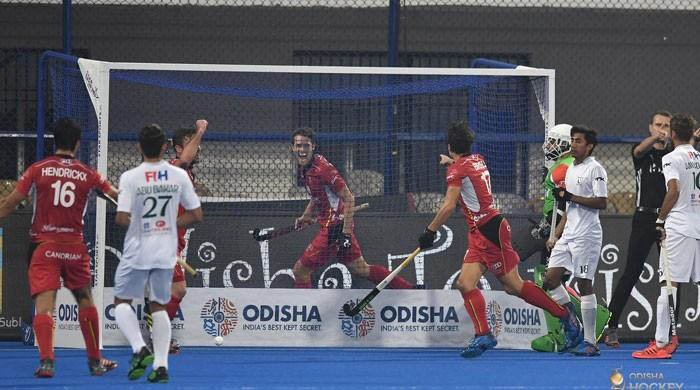 BHUBANESWAR: A dominant Belgium sailed past Pakistan 5-0 in an important cross-over match to book their place in the ongoing Hockey World Cup in Bhubaneswar, India.

The match was played between the two teams to secure a place in the quarter-final of the tournament.

Alexander Hendrickx opened the scoring in the 10th minute via a penalty corner. Thomas Briels then doubled their lead three minutes later with a field goal.

Cedric Charlier made it 3-0 in the 27th minute before Sébastien Dockier netted the fourth in the 35th minute.

The fifth goal came in the 53rd minute when Tom Boon converted a penalty stroke.

Belgium will play Germany in the quarter-finals on December 13.

Earlier, before this match, Pakistan and Belgium have played against each other twice in the World Cup, with Pakistan winning both the times, 2-0 in 1973 and 3-2 in 2002.